The Bank of Canada has options that the Federal Reserve can only envy.

Governor Tiff Macklem does not have to worry if a rate hike will prevent complete recovery of the 3 million jobs lost in the 2020 shutdown. November’s 153,700 new employees brought the total hires since March 2020 to 3.2 million. The unemployment rate dropped to 6.0% from 6.7%, a level that, combined with the rapid job creation in the last six months, could credibly be considered full employment.

The jobs numbers have recast the Bank of Canada’s (BOC) final interest rate decision for the year on December 8 into a judgement on the accelerating rate of inflation, tempered by concerns over weaker oil prices and the still unknown Omicron effect.

Consumer prices rose at a 4.7% annual rate in October, the fastest increase in almost 19 years and nearly five times the 1% pace in January.

The BOC has a single charge, keeping the inflation rate around its 2% target. It will be increasingly difficult to justify inaction in the New Year, especially with the labor market close to full employment and beginning to generate compensatory wage increases. Average Hourly Earnings (YoY) jumped from 1.25% in August to 3% in November.

Despite the increasing pressure for a defense against inflation, the target rate is widely forecast to remain at 0.25% on Wednesday. With new quarterly economic projections due at the end of January, the governing council is not expected to make any changes in policy until the economists have their say.

Governor Macklem and the council unexpectedly ended the bank’s asset purchase program at the October 27 meeting clearing the way for future policy changes, and advancing the possible timing for the first rate hike from the second half of next year to as early as April.

The US Federal Reserve abandoned its contention that inflation would quickly wane last week when Chair Jerome Powell conceded that it was probably time to retire the “transitory’ description of price pressures. The Fed will issue its own updated projections at its December 15 meeting, with the end of the bond purchase program expected to be moved forward from June and at least two 0.25% rate increases forecast for the second half of the year.

In Canada, the last time the unemployment rate was lower than its current 6% was in February 2020 at 5.7%. Inflation that month was 2.2% and the overnight target rate was 1.75%.

Canadian policy-makers have widened their measurement of the labor market beyond the unemployment rate, and consult an array of indicators, including the “underutilization rate’ , similar in concept to the US underemployment rate. This measure dropped to 12.4% in November from 13.1% in October. The peak was 36.1 in April 2020. It was 11.4% at the start of the lockdowns.

The governing council and Mr. Macklem will likely use the rate announcement and commentary to prepare the markets for a normalization – read rate hikes – of monetary policy in the first quarter of next year. While this would not be entirely a surprise, its advent as the first major central bank to fully reverse policy will have an impact on the Canadian dollar.

The USD/CAD has gained 3.4% over the past six weeks as West Texas Intermediate (WTI) has dropped 17.0% from late October to Monday’s close. 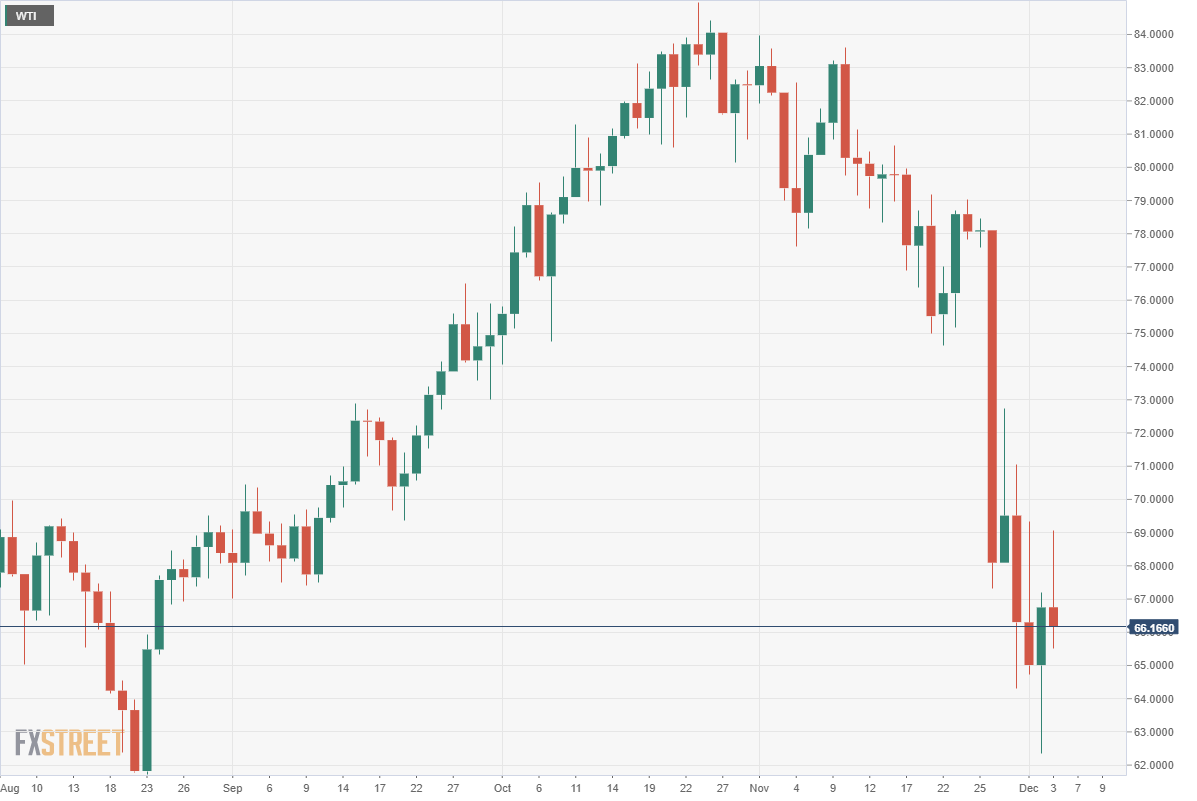 A policy change from the BOC will not wholly alter the relationship between the two nations' dollars as the rapid end of the Federal Reserve’s own, and much larger bond purchase program, should spur US Treasury rates higher. The yield on the US 10-year Treasury rose 10 basis points on Monday to 1.434%.

But if BOC rate hike guidance is combined with a surge in oil prices as Omicron fears subside, the stage could be set for a loonie end-of-the-year rally.