This morning's analysis of HFT algorithms shows bearish that bearish signals are starting to appear on the AUDUSD 1-hour timeframe.

Earlier in the session, the AUDUSD pair reached the light HFT selling pressure zone that is noted at 0.722 and above. The price reaction was strong here, and the attempt was soon reversed. At least three bearish candle formations have appeared here so far.

An additional factor playing in favor of the bears at this stage is the fact that the 1-hour AUDUSD chart is in overbought territory. Namely, the advanced and highly accurate FxTR overbought/oversold indicator confirms the overbought state here. AUDUSD is now coming down from the overbought area, a situation that is considered a reliable sell signal in technical analysis.

Traders will look for potential targets to the downside at the light HFT buying pressure zone, today noted at 0.7143 and below. 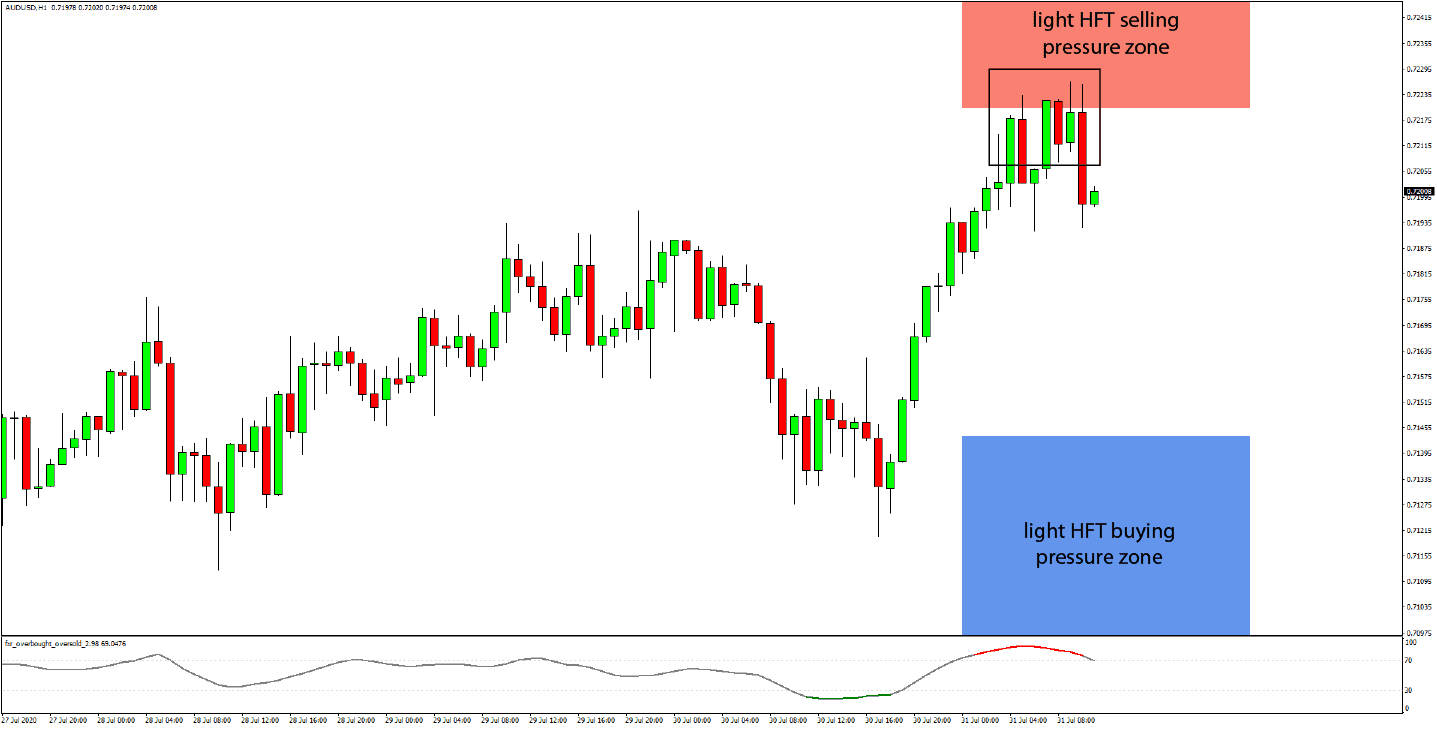 High Risk Warning: Please note that foreign exchange and other leveraged trading involves significant risk of loss. It is not suitable for all investors and you should make sure you understand the risks involved, seeking independent advice if necessary.

ADVISORY WARNING: Any news, opinions, research, data, or other information is provided as general market commentary and does not constitute investment or trading advice. FXTradingRevolution.com expressly disclaims any liability for any lost principal or profits without limitation which may arise directly or indirectly from the use of or reliance on such information.