Here is what you need to know on Thursday, June 10:

The US CPI is now out of the way so markets can return to looking for fresh highs. The worries over inflation had been holding risk back for the last number of sessions, but now investors can put those worries to one side. Futures did a nice little dip just on the release of the data but already are powering higher, signalling new record highs are imminent. In other news, the ECB decided to unsurprisingly leave rates unchanged and continues to buy a truckload of bonds in tandem with every other major central bank. Inflation may be ticking up, but the ECB must keep the pandemic measure in place. The Bank of England yesterday said the economy was going "gangbusters," and Thursday sees the first Bank of England rate hike brought forward by analysts.

European markets are modestly higher, the euro Stoxx and Dax are flat, while the FTSE is +0.3%.

US President Biden begins tour of Europe and G7 meeting, meets Russian President Putin at the end of the trip to Switzerland.

EU and UK continue to haggle over Northern Irish trade.

Police in China arrest over 1,000 people involved in cryptocurrency laundering.

JBS pays a ransom to hackers in Bitcoin.

Tesla (TSLA) is to launch Model S Plaid at the Freemont factory.

National Music Publishers Association is rumoured to be bringing a lawsuit against Roblox (RBLX) over music use on the gaming platform. 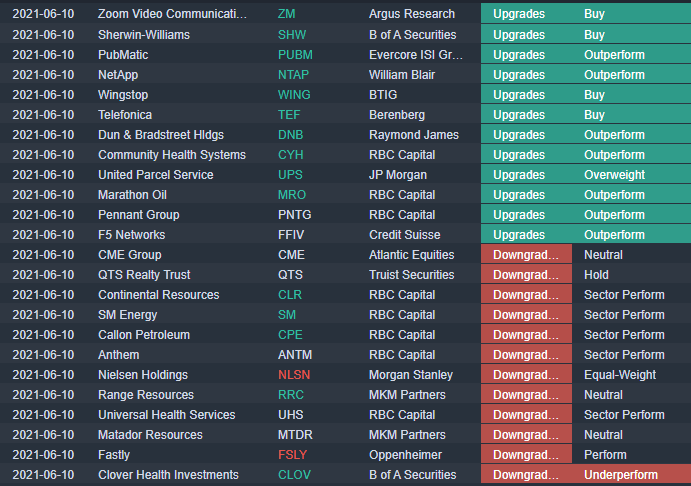 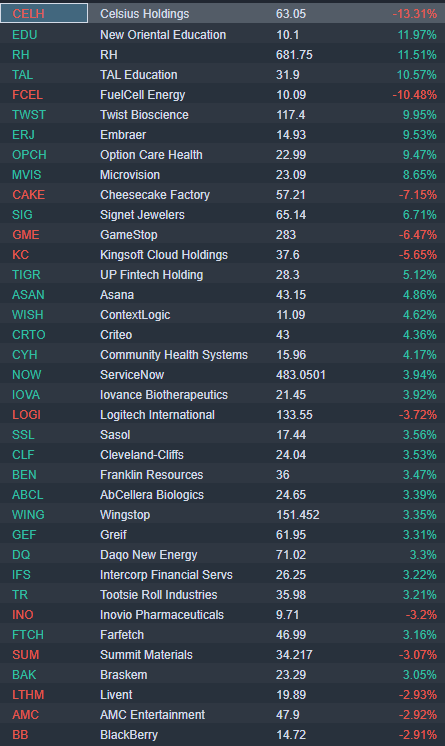 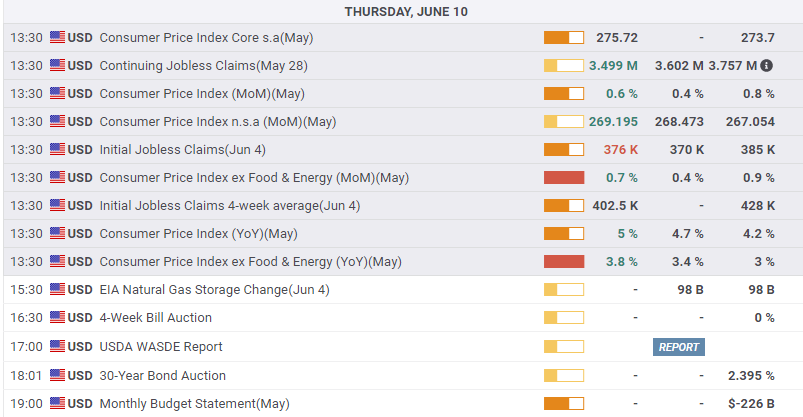