Oil stocks took a hammering on Monday as oil fell off a cliff, and overall equity sentiment was weak to begin with. XLE closed down 3%, while XOP was down 4% (oil and gas explorers). Defensive names outperformed, and not surprisingly JETS also held up due to falling oil prices.

Expect more choppy trading with little clear direction before next week's FOMC. Investors are largely dawning on the reality that the dot plot is likely to be shifted upwards. Something the Fed has been saying ad nauseam for the past few months. However, rightly so that the Fed's credibility is shot, so their actions speak louder than words. Already the RBA has hiked and erred on the hawkish side. On Wednesday we will see how the BOC performs. Oil prices and a calming of yields could see equities recover modestly on Tuesday, but any large gains are unlikely. The Goldman Sachs Financials conference kicks off Tuesday, so keep an eye out for comments on outlook, etc.

So far there has been a failure to break channel resistance, and now the SPX targets the 3,946 to 4,031 range. This is the base case before next week's FOMC. The RSI remains in neutral with little signaling. 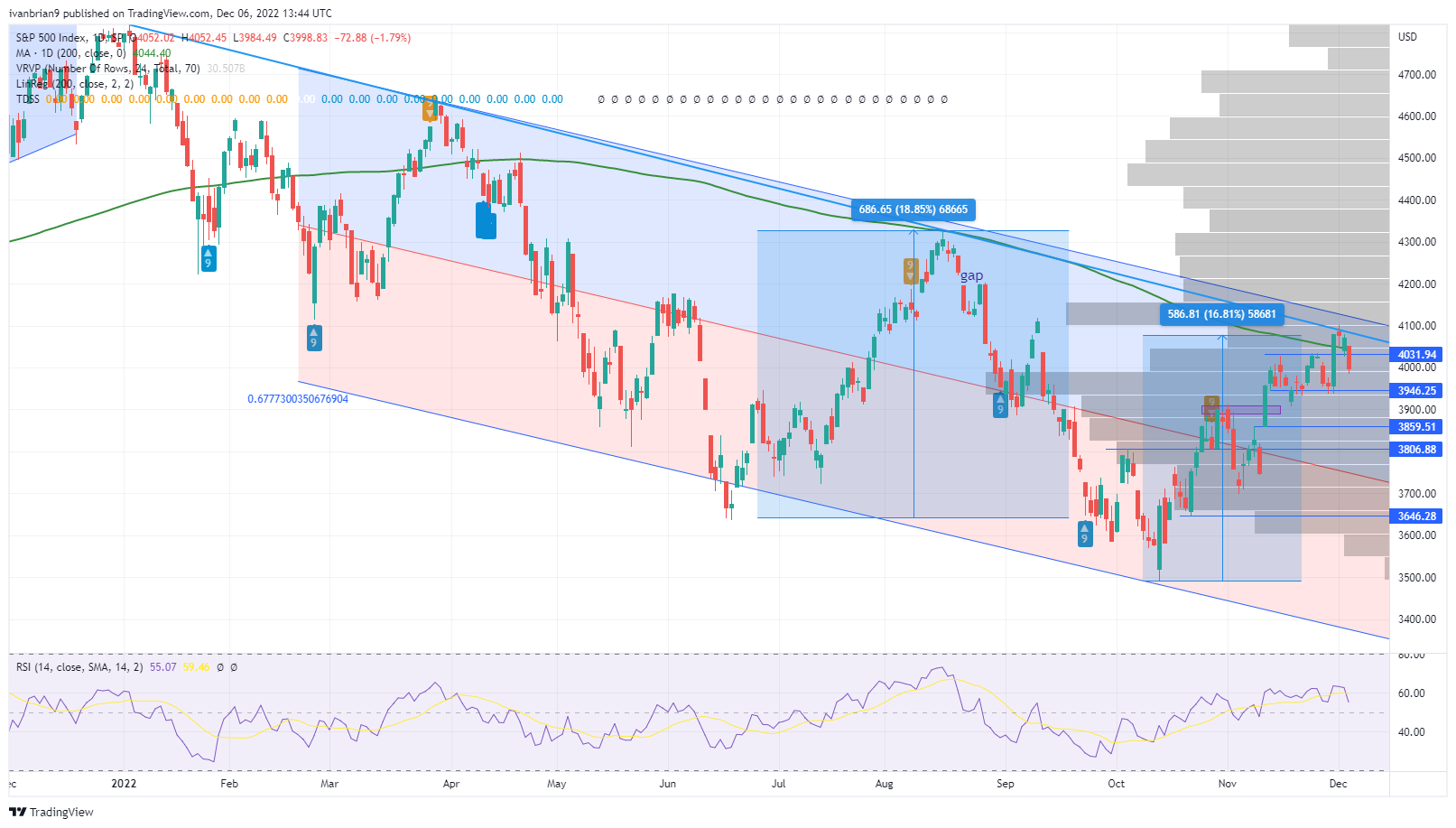 EUR/USD trades below 1.0750 for the first time since early January, as demand for the American Dollar persisted in a risk-averse scenario. Poor European data added to the Euro's weakness.

Spot gold remains under selling pressure after falling to $1,860.20 a troy ounce at the beginning of the day. The bright metal peaked on Monday at $1,881.35, from where it resumed its decline amid the broad US Dollar demand.

Binance Coin (BNB) price must see quite a few crypto traders puzzled this morning when looking at the charts. With several cryptocurrencies slipping lower, the risk is increasing that cryptocurrencies are lagging on the overall market reaction in the wake of the strong US job numbers.

S&P 500 started a brief correction on NFPs outdoing expectations, with other data confirming job market tightness as much as Dec NFPs upward revision to 260K.