China’s Foreign Ministry said in a statement on Wednesday, they strongly oppose the US accusations over the human rights issues in the north-western region of Xinjiang.

The Ministry said they oppose the US’ interference in China's internal affairs.

These comments come after US Secretary of State Mike Pompeo officially declared that China is committing genocide and crimes against humanity against Uyghur Muslims and ethnic and religious minority groups who live in the Xinjiang province.

Pompeo said: "This genocide is ongoing, and...we are witnessing the systematic attempt to destroy Uyghurs by the Chinese party-state.”

"Since at least March 2017, local authorities dramatically escalated their decades-long campaign of repression against Uyghur Muslims and members of other ethnic and religious minority groups, including ethnic Kazakhs and ethnic Kyrgyz," he added.

The above comments seem to have little to no impact on the broader risk sentiment, as investors continue to cheer the prospects of more fiscal stimulus ahead of President-elect Joe Biden’s inauguration ceremony. 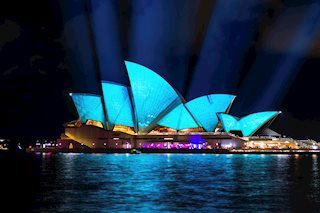 AUD/USD hovers around 0.7700, having hit fresh three-week lows at 0.7688, as risk-aversion remains at full steam in Asia. Stocks tumbled while the US dollar rallied alongside the Treasury yields after Fed Chair Powell dismissed the bond market turmoil. NFP awaited.

Gold price is testing bullish commitments at critical levels. Bulls look to weekly chart for guidance back to a mean reversion. At the time of writing, gold is trading in a bearish environment. Conditions on the hourly chart are bearish as well.

The dollar index has jumped to 91.70, the highest level since Dec. 1, extending Thursday's 0.75% rise to 91.63. The US dollar is drawing haven bids, courtesy of the Federal Reserve President Jerome Powell's comments on Thursday. Equities turn risk averse, boosting demand for the greenback.