NATO has officially told Reuters that an official invasion of Ukraine has begun. So far, however, risk currencies in forex are holding their own battle lines, with AUD/JPY at daily trendline support:

NATO's General Stoltenberg said, "We stand with the people of Ukraine at this terrible time,” adding that “NATO will do all it takes to protect and defend all allies.” 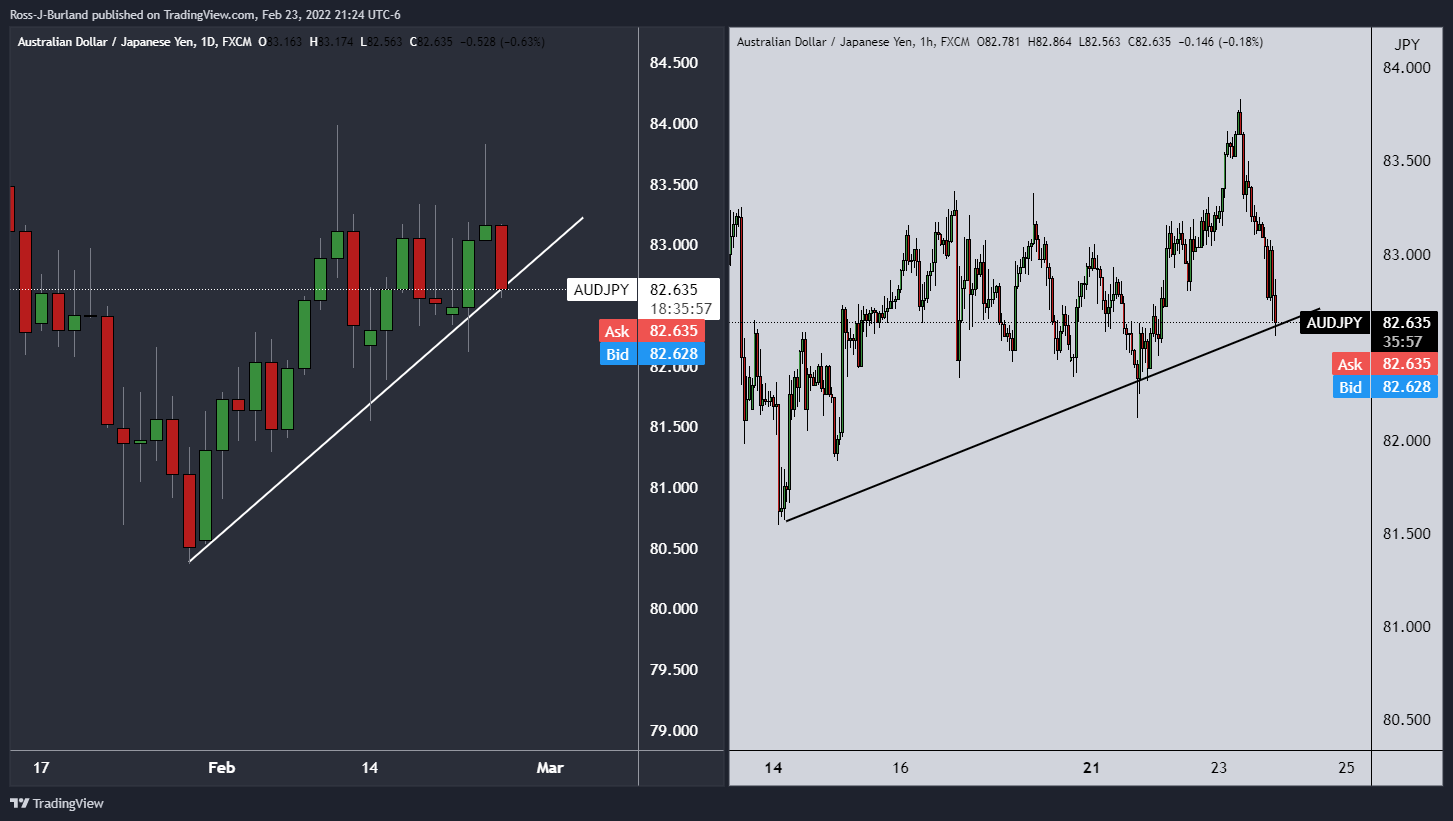 Reuters has reported that Russian President Vladimir Putin authorised a military operation in eastern Ukraine on Thursday in what could be the start of the war in Europe over Russia's demands for an end to NATO's eastward expansion.

"The goal is to defend people who have been victims of abuse and genocide from the Kyiv regime. And we will strive to demilitarize and de-Nazify Ukraine. We will also hand over everyone who committed bloody crimes against civilians, including Russian citizens, to court," said the Russian President.

''I am sure Russia's armed forces will fulfil their duty professionally and bravely. I have no doubt that all levels of government will work effectively together: the specialists in charge of economic stability, the financial and social system, and our business."

Meanwhile, US president Joe Biden has said Putin is responsible for the human suffering as a consequence to come and he will speak to the American population tomorrow. US President Biden promises "further consequences" for Russia.

This comes as Reuters witnesses are reporting explosions head in Kiev and in the Belgorod Province of Russia.