XRP price remains subdued between two key levels, delaying its upswing. However, the next leg-up for the big crypto could trigger a rally for Ripple that pushes it toward long-awaited hurdles.

XRP price action is stuck between the range low at $0.54 and the range high at $0.91. Ripple has been trading inside it since this boundary was first formed on February 8. The recent dip into the buy zone, extending from $0.62 to $0.68 caused XRP price to rally 17%, suggesting a bullish resurgence.

Buyers, however, failed to maintain the momentum, leading to a retracement under the volume point of control at $0.76. Now, XRP price is stuck between the aforementioned level at the 50% retracement at $0.73.

A decisive daily candlestick close above $0.76 will signal a breakout and trigger a run-up to $0.91, the first resistance barrier. After retesting this hurdle, XRP price needs to flip it into the support floor for further gains.

Doing so will allow bulls a free reign up to the $1 psychological level. This move would constitute a 35% ascent from the current position at $0.75, and is likely where the upside will be capped for the remittance token. 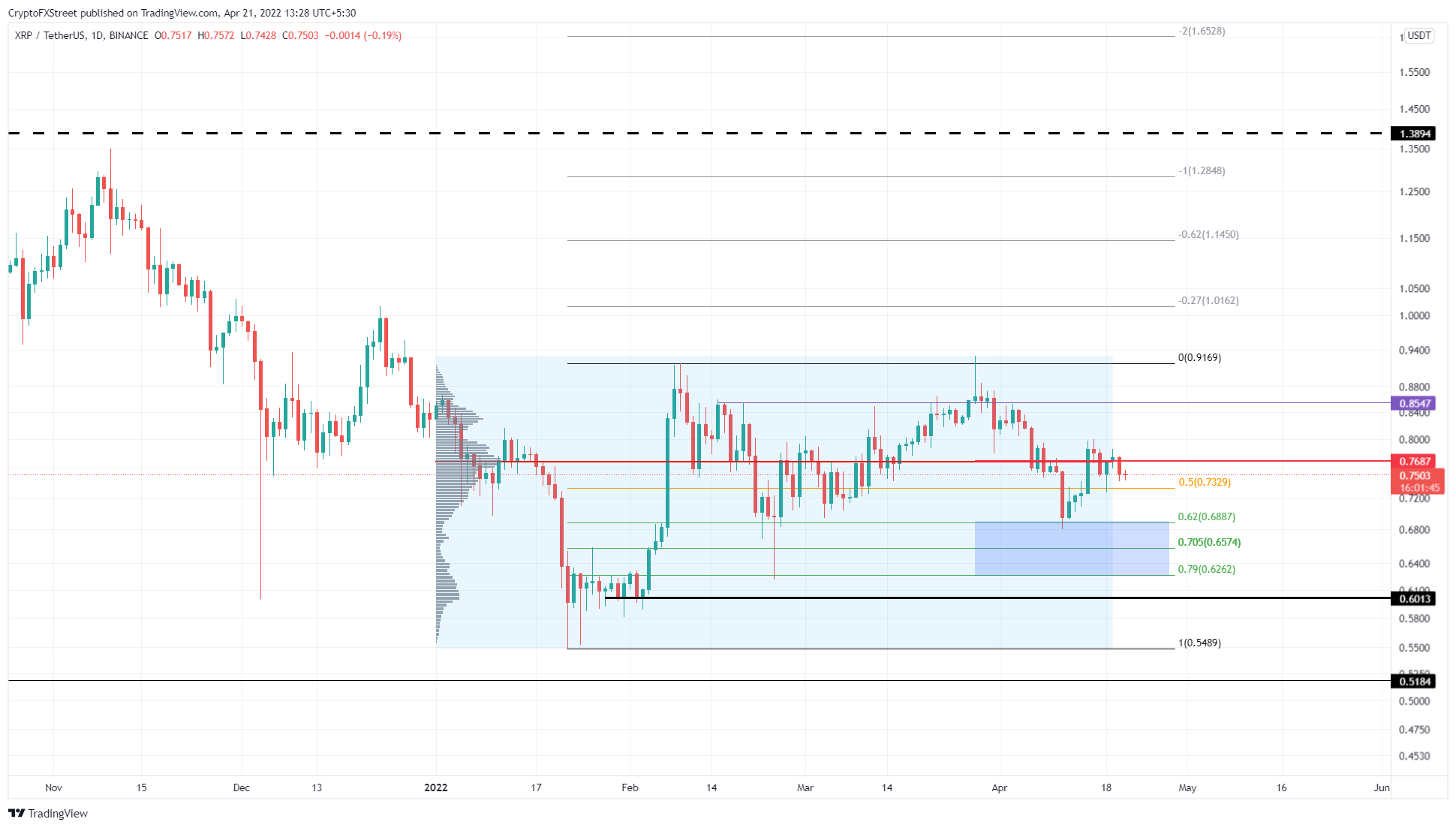 Adding credence to the bullish outlook for XRP price is the supply distribution chart. This metric tracks the accumulation of whale wallets. A spike in this index suggests that investors are accumulating and are likely to move the market value of Ripple higher.

As of writing, investors with more than 10 million XRP tokens have increased from 317 to 340 since mid-February. The 7.2% uptick indicates that more whales have bought the tokens, indicating a bullish outlook.

Furthermore, the 365-day Market Value to Realized Value (MVRV), which is used to determine the average profit/loss of investors that purchased XRP over the past year is hovering at -17%, which is a 5% uptick over the last week.

Based on Santiment’s research, a value below -10% indicates that short-term holders are at a loss and are less likely to sell. More often than not, this is where long-term holders accumulate. Hence, any move below -10% is termed an “opportunity zone.”

As seen in the chart, previous dips to -20% have led to an explosive rally, and if history repeats itself, there is a good chance for the XRP price to kick-start a similar upswing.

While things are looking up for XRP price due to the recent uptick in the big crypto’s bullish momentum, investors should remain cautious. A daily candlestick close below $0.60 will invalidate the bullish thesis for Ripple. This development could see XRP price crash to the range low at $0.55 before reestablishing a directional bias.