XRP remains under a lot of pressure due to the SEC lawsuit and it seems that investors are not very interested in the digital asset anymore. Ripple hasn’t said much about the lawsuit which could extend to the end of 2021.

XRP price at risk of plummeting as interest fades away

Besides a significant spike in the number of active addresses on January 31, when a Reddit group decided to pump XRP, this metric has been slowly declined to a current low of 12,000 active addresses per day.

Similarly, the social volume of XRP has also significantly dropped in the past month and a half, despite the bullishness of the entire cryptocurrency market. 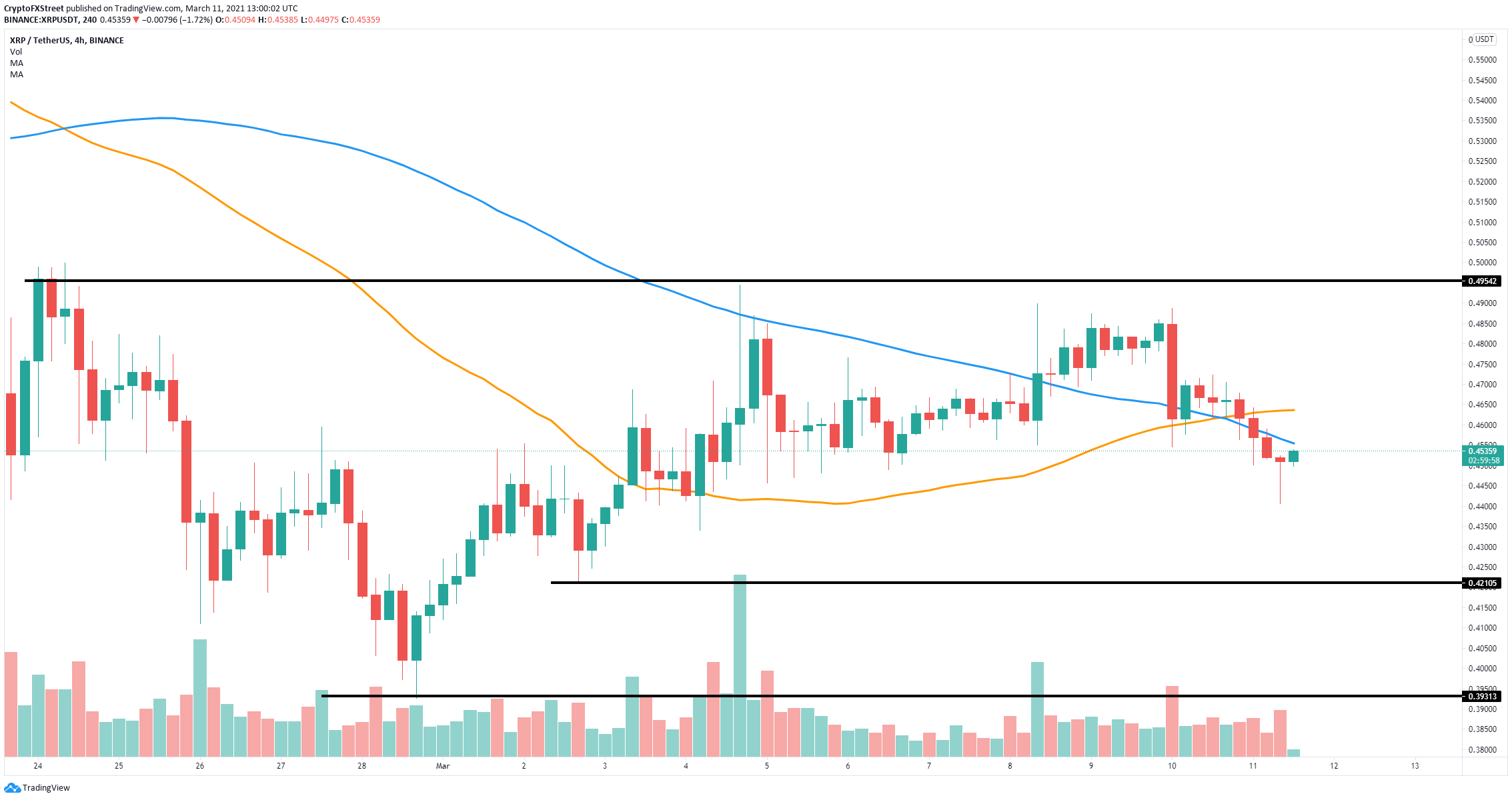 On the other hand, reclaiming the 50-SMA and the 100-SMA, XRP price should quickly rise towards the critical resistance level at $0.495. A breakout above this point would drive XRP to $0.6.