On the 4-hour chart, XRP has been trading above the 21 SMA since the beginning of April. This moving average has rejected any downward price action and led Ripple to significant rebounds.

Holding this crucial support level could drive XRP price toward the previous high at $1.96 as there is not a lot of resistance ahead. 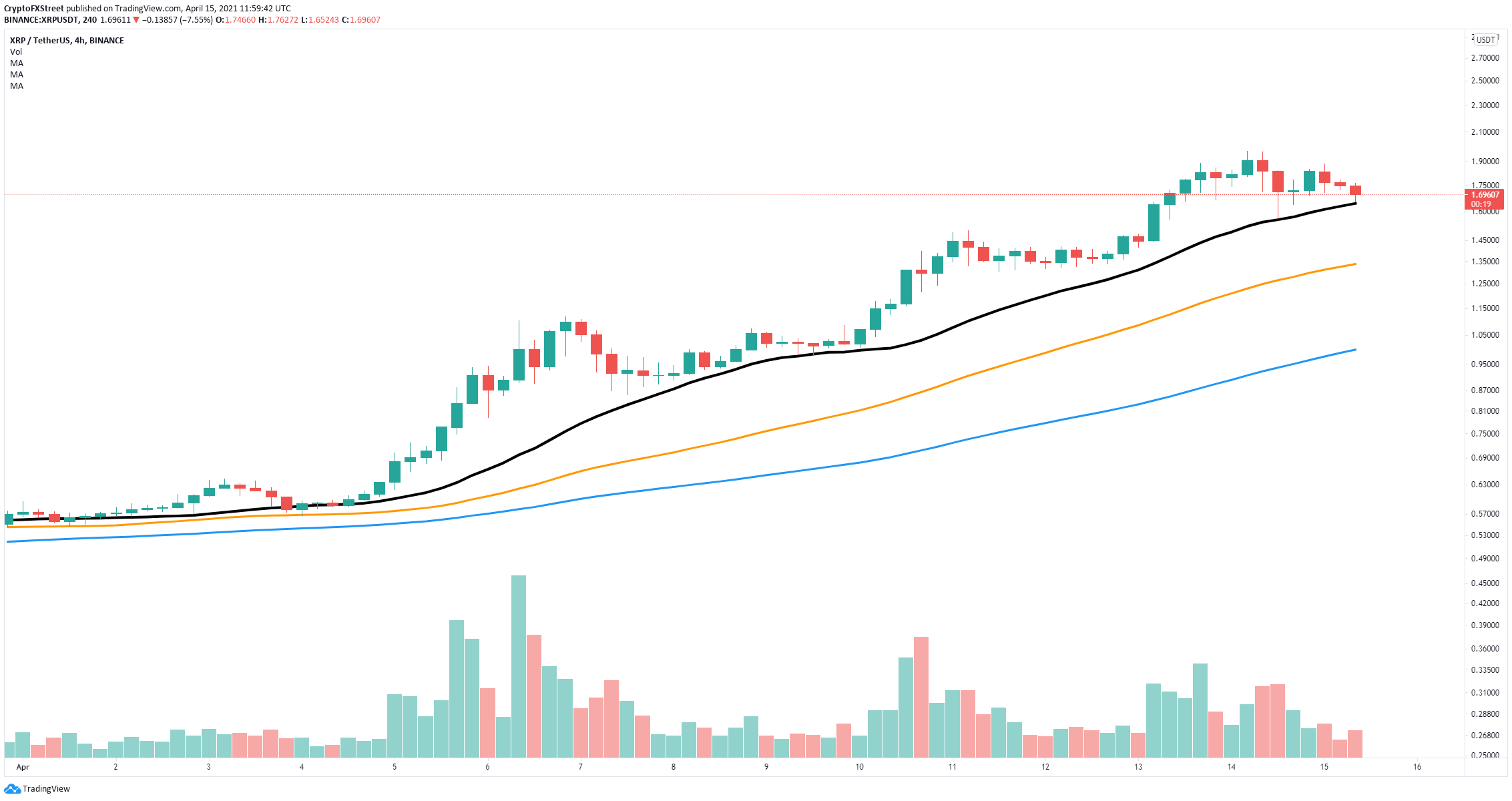 However, the MVRV ratio (30d), which shows the average profit or loss of XRP tokens moved in the last 30 days, hit levels not seen since 2018. This indicates that XRP price is extremely overextended and due for a correction.

The inability of XRP bulls to hold the 21 SMA support level would be significant. A 4-hour candlestick close below this moving average could drive XRP price down to the 50 SMA located at $1.35.

In the worst-case scenario, if the 50 SMA fails to hold, Ripple could even drop as low as $1 at the 100 SMA level.