Decentralized finance (DeFi) came into existence to democratize finance, much like the internet made content accessible to everyone.

However, according to French digital assets data provider Kaiko, the adoption of decentralized exchanges (DEXs) that facilitate peer-to-peer transactions without an intermediary, remains restricted mainly to large traders or whales.

“Average trade sizes have increased on all DEXs over the past few months while the actual number of trades has stayed flat, which suggests that the profile of the average trader now skews more whale,” Kaiko said in a weekly research note published on Monday.

However, daily trade count on CEXs tallies into millions while major DEXs process less than 50,000 deals per day, with Curve and Balancer V1 averaging less than 1,000 traders per day. 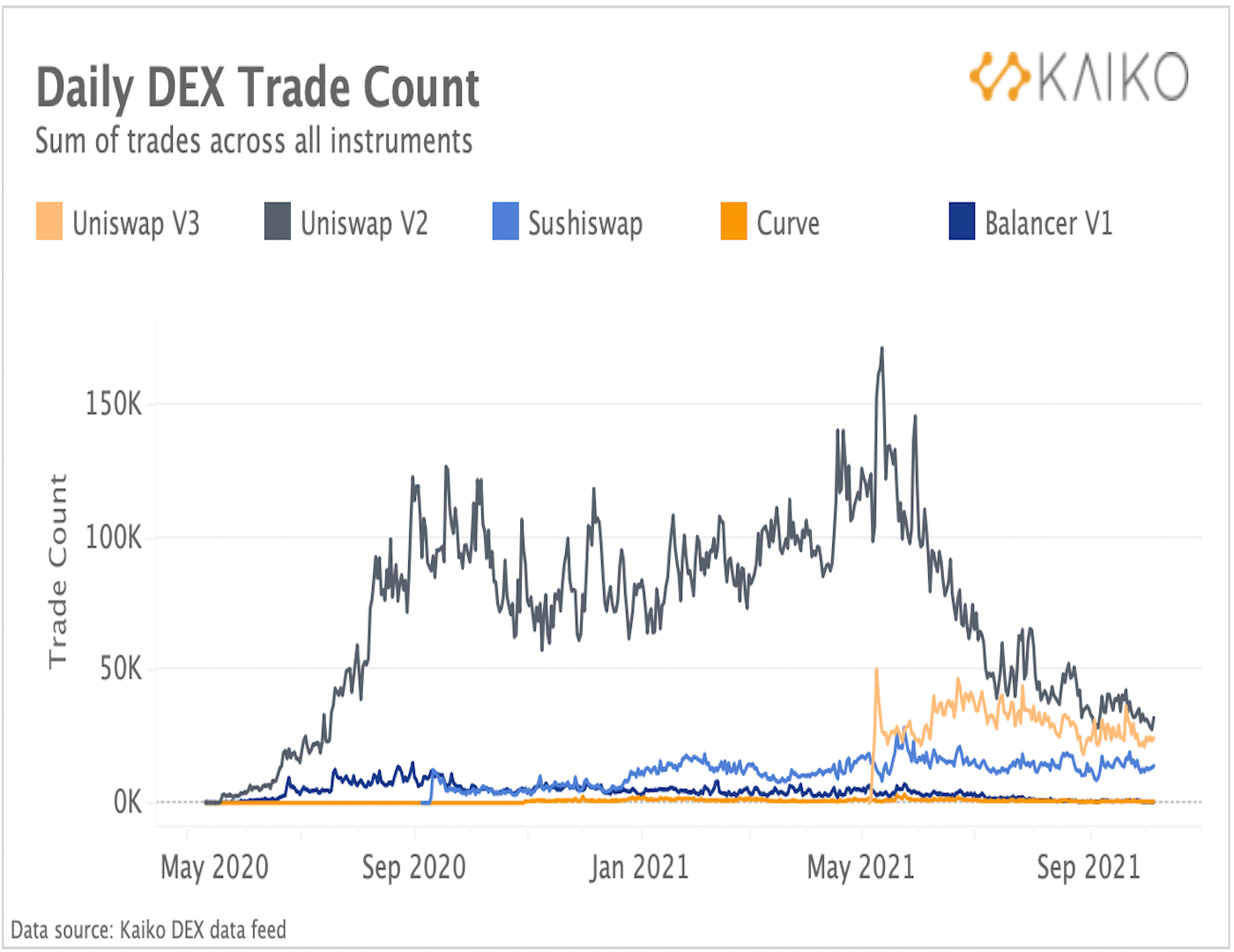 “The large trades are likely due to Ethereum’s high transaction fees, which prevents more retail traders from using DEXs,” Kaiko’s weekly research note said. “Every trader on a DEX must pay Ethereum transaction fees for each trade, which frequently surpass $100 due to congestion and scalability issues.”

According to blockchain analytics firm Chainalysis, DeFi’s growing popularity in wealthier countries is the main reason for DEXs processing much larger transactions than centralized platforms.