Cardano price has not made huge progress since bottoming on May 12. The altcoin has been hovering just above this level and is likely to revisit it soon, especially if certain conditions are met.

After a breakdown of $0.550, the altcoin struggled to reclaim the level and has remained glued to the $0.435 support level. However, the price action that transpired after June 13 seems to be forming a fractal. 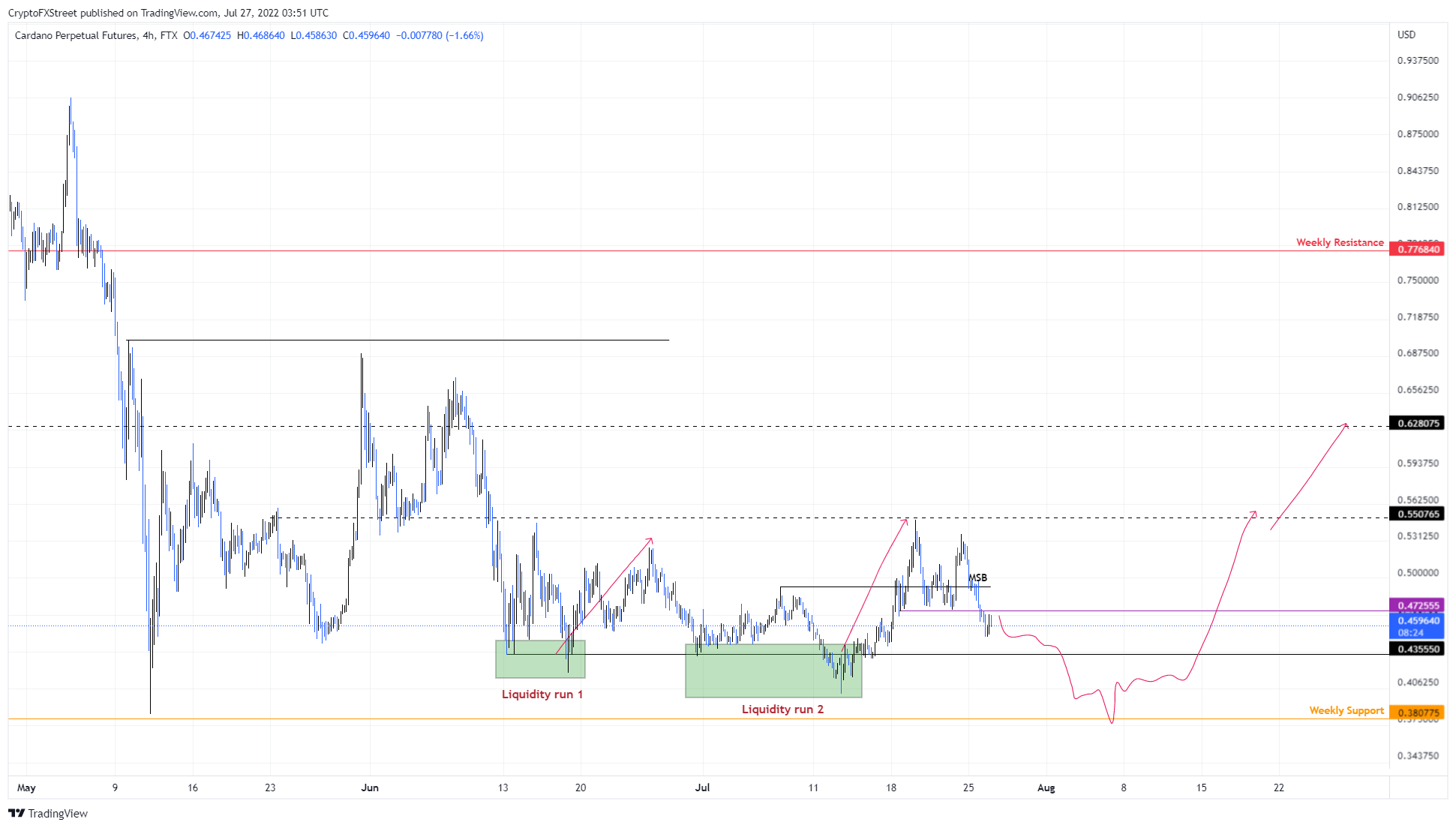 The second liquidity run took place as the July 13 swing low swept the liquidity resting below July 1. This development was followed by a 26% upswing to $0.550.

Interestingly, both the liquidity events that have transpired so far have been around or below the oversold zone at 30. Hence, investors can check the Relative Strength Index (RSI) for secondary confirmation. 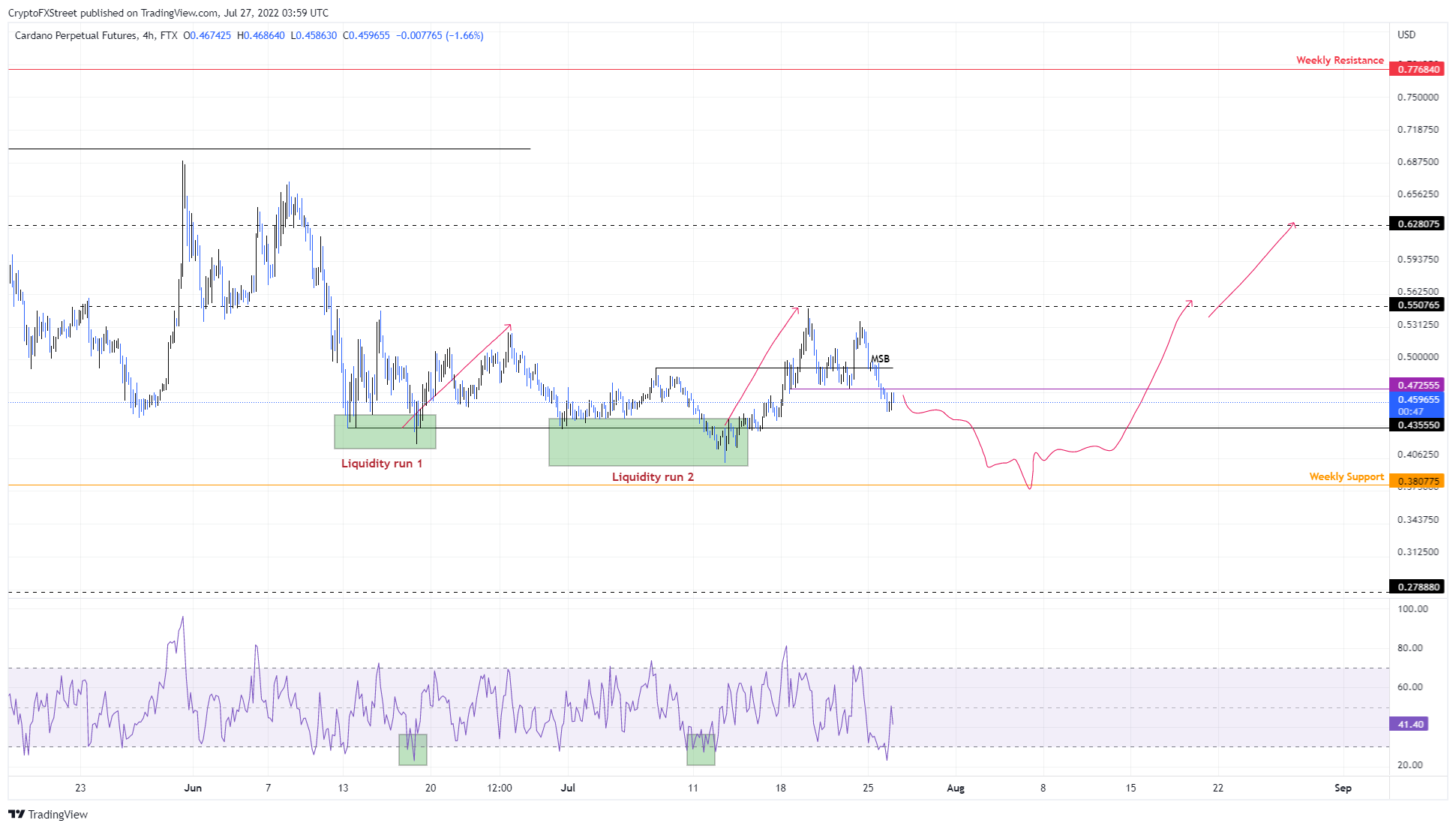 While this outlook for Cardano price is extremely optimistic, investors should exercise caution and take a cue from Bitcoin price before opening long positions for ADA. In the event that Cardano price produces a daily candlestick close below $0.380, the bullish thesis explained above will face invalidation.

This development could see ADA crash by 25% to reach the $0.278 support floor.