Ripple's XRP is one of the best-performing coins out of top-10. The coin has gained over 2% on a day-to-day basis and settled above technically important $0.1700 despite bearish sentiments on the market. At the time of writing, XRP/USD is changing hands at $0.1730. Ripple's market capitalization reached $7.6 billion, while average daily trading volumes settled at $2.2 billion.

On the intraday charts, XRP/USD is moving within a short-term bullish trend with the initial critical support at $0.1700. This barrier is reinforced by the upside trend line on the 1-hour chart and the lower line of the 1-hour Bollinger Band. If it is broken, the sell-off may gain traction and bring $0.1760-$0.1670. This area served as a support area and stopped the decline on Saturday. Also, it blocks the way to a critical $0.1600. 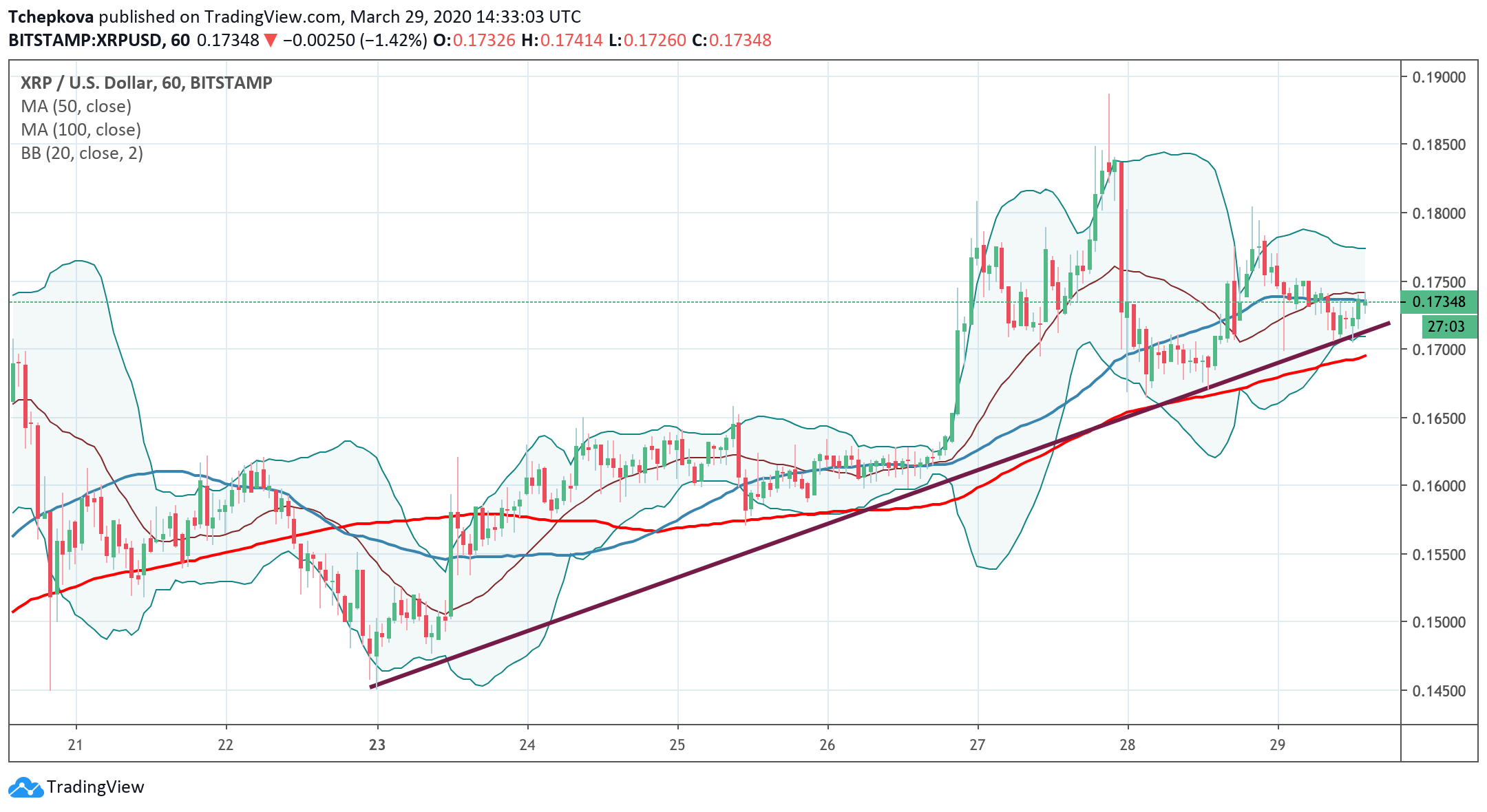 XRP/USD bears stayed in control of the market for the second straight day as the price continued trending in a downward channel formation. So far this Wednesday, the price has dropped from $0.2828 $0.2788.

Ethereum has continued to explore the downside since the rejection from the new yearly high at $415 on August 2. The immediate reversal tested support at $325. However, Ether recovered in a reflex motion settling shortly ...

Bitcoin Cash has continued to record lower highs following the rejection the bulls suffered at the beginning of August, close to $340. A descending trendline has remained intact for the second week in a row as well.

Bitcoin lived through a wild roller-coaster move during the previous weekend. The coin hit the new 2020 high above $12,000 and crashed to $10,500 in a matter of hours.