After rising above the $250 mark on Saturday, Ethereum (ETH/USD) lost its traction and erased more than 3% close the day at $237. With sellers taking control of the action in the cryptocurrency space on Sunday, the pair extended its slide and fell to its lowest level in a month at $203 before staging a technical rebound. As of writing, the pair was trading at $210, down nearly 10% on a daily basis.

Ethereum fell below the 50-day SMA for the first time since early January and the RSI indicator on the daily chart is falling toward the 40 mark, showing the bearish momentum is intact. On the downside, $200 (psychological level/Fibonacci 61.8% retracement of the mid-January-mid-February rally) aligns as a critical support. With a daily close below that level, the pair could target $180 (100-day SMA/200-day SMA). 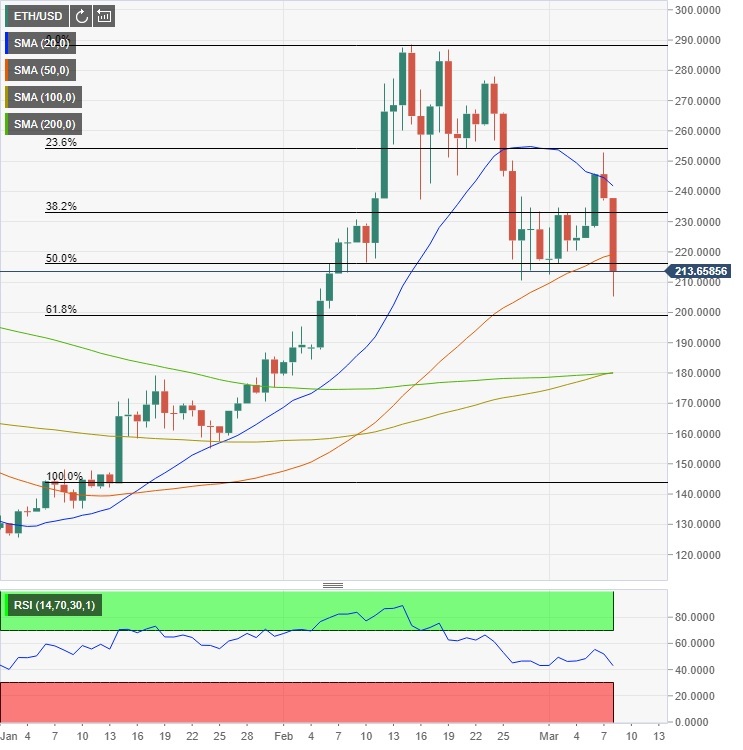