After several massive moves thanks to Elon Musk, Dogecoin has finally calmed down in the past 24 hours. The digital asset is currently inside a symmetrical triangle pattern and it’s on the verge of a massive price move.

Dogecoin price awaits a massive explosion as volatility fades away

On the 1-hour chart, Dogecoin has established a symmetrical triangle pattern which is on the verge of bursting. The resistance level is located at $0.0806, a breakout above this point would drive Dogecoin price towards $0.106, a 33% move. 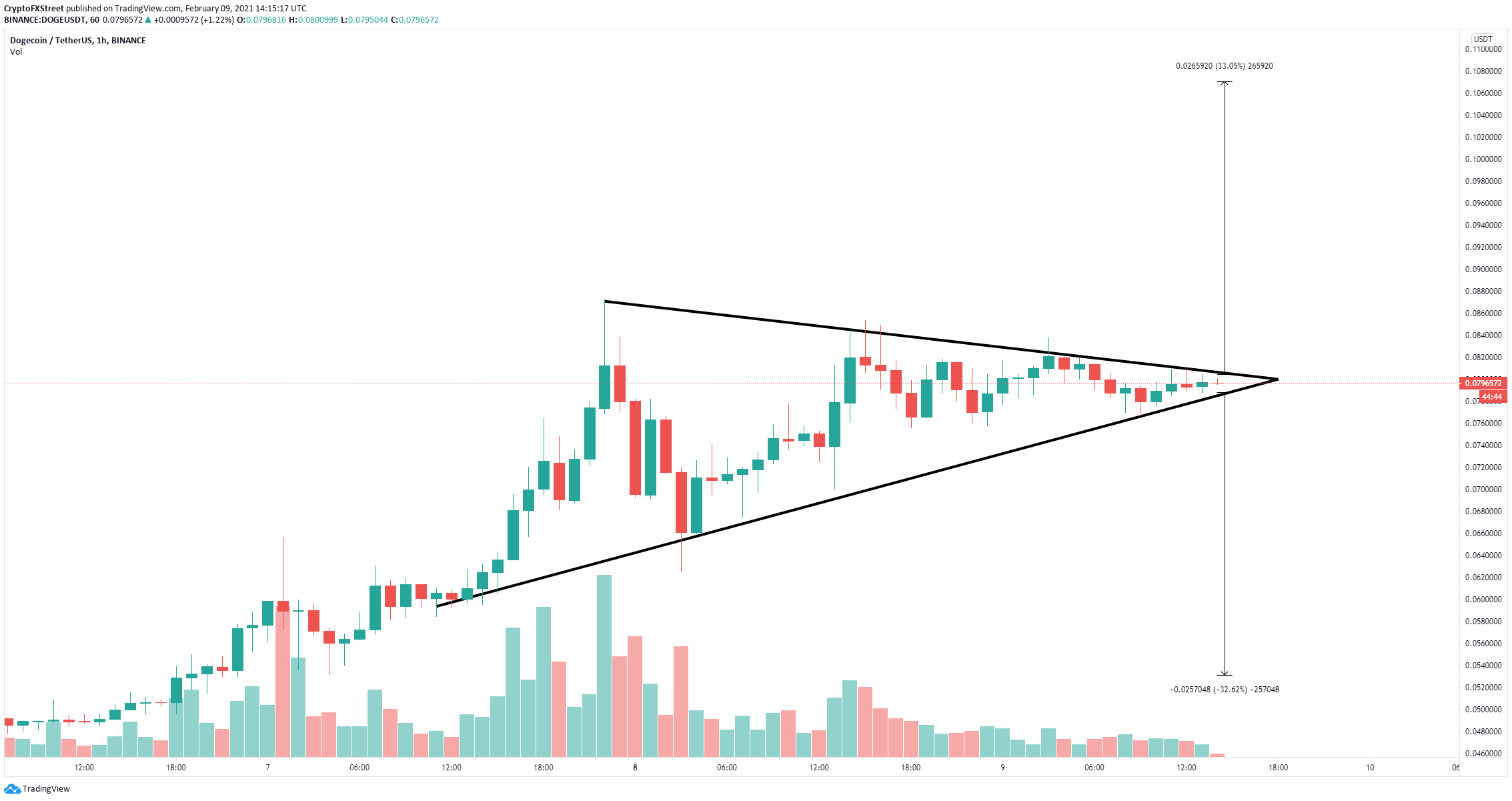 It seems that DOGE bulls have the upper hand as the network growth of the digital asset has continued to rise. The number of new addresses joining Dogecoin’s blockchain has increased by 33% in the past week. Similarly, the amount of active addresses on the network also grew by 28%.

Nonetheless, a breakdown is also entirely possible as both support and resistance levels are extremely close to each other. Losing $0.078 would quickly drive Dogecoin price down to $0.053.