Bitcoin Price Analysis: BTC/USD continues to consolidate below the $10,000 level 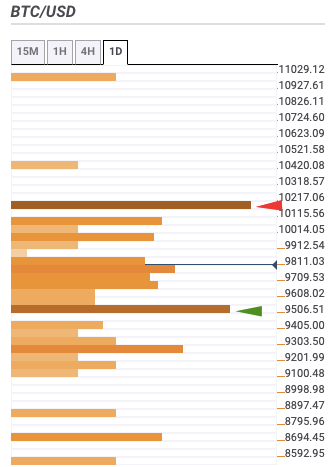 XRP/USD dropped from $0.2049 to $0.2048 in the early hours of Wednesday, as the price continues to trend within the green Ichimoku cloud. The price is currently sandwiched between SMA 50 and SMA 20 curves. The MACD shows decreasing bearish momentum, while the Elliott Oscillator is back in the green following a red session.

Ethereum Price Analysis: ETH/USD bears remained in control as the price consolidates below the $215 level

ETH/USD bears remained in control for the second straight day as the price fell from $214.66 to $213.46. Despite the adverse price action, the MACD shows that the market momentum has reversed from bearish to bullish. William’s %R is trending around -5.55 in the overbought zone, so more downward price correction may be expected.