Tron price has been in a massively bullish continuation pattern since the March 2020 crash. As TRX coils up between two trend lines, a breakout to the upside could trigger a money-doubling move.

Since this point, TRX has rallied 2,615% up to its all-time high at $0.181 in the second week of April. This massive upswing forms a flag pole, which is the most integral part of the bullish pennant setup that it is forming.

After an all-time high, Tron price slid into consolidation between two converging trend lines that can be drawn along the higher lows and lower highs. This coiling up forms the pennant. This technical formation forecasts a 92% upswing, obtained by measuring the flag pole’s height and adding it to the breakout point.

Assuming Tron price breaches the pennant’s upper trend line at $0.096, the target would be $0.185, which would be a new all-time high. This outlook, however, is on a weekly time frame, so the crash that BTC just went through last week does not seem to have a strong effect. 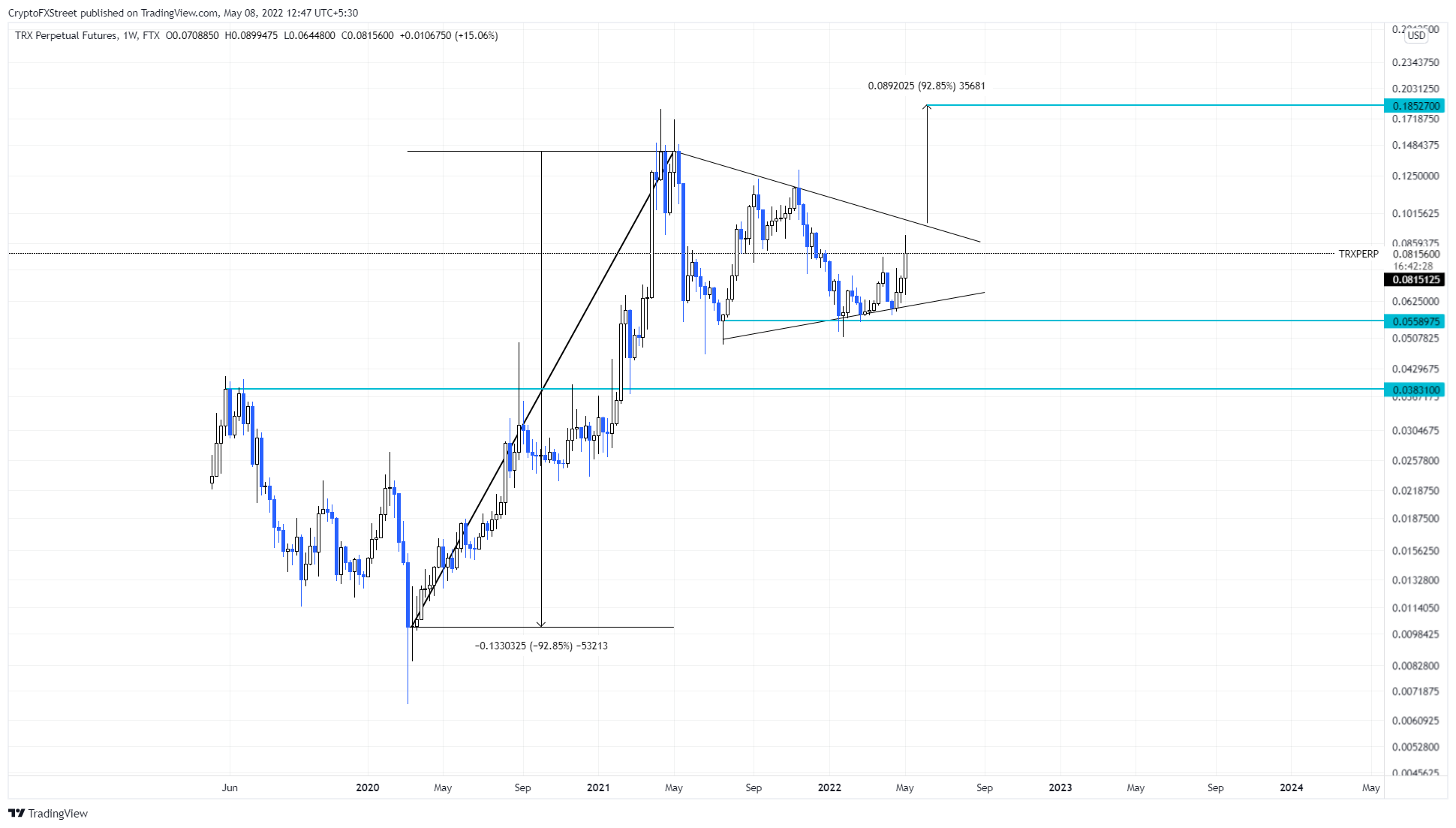 While things are looking optimistic for the so-called “Ethereum killer”, a sudden spike in selling pressure and increase in correlation to BTC could spoil that.

If TRX produces a weekly candlestick close below $0.055, it will invalidate the continuation pattern’s bullish thesis by producing a lower low. In such a case, Tron price could crash 31% to revisit the $0.0383.