Sellers remained active on Wednesday as bitcoin (BTC) dropped below $50,000 after Tesla halted acceptance of payments for new vehicles in the currency.

The cryptocurrency was trading around $49,400 at press time and could find lower support around $42,000.

Long-term momentum continues to weaken during several months of consolidation. BTC remains under pressure after reaching the upper bound of a three-year price channel. 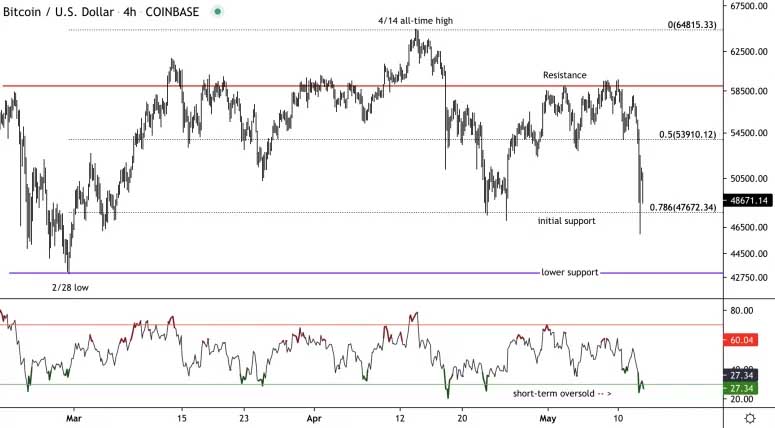