The entire cryptocurrency market suffered somewhat of a flash crash in the past 24 hours losing around $110 billion in market capitalization. Bitcoin price dropped from a high of $33,600 down to $28,130 but has managed to recover. The entire market recovered quickly and the current market cap sits at $860 billion.

During the flash crash, around $190 million in long positions were liquidated on Binance and close to $2.3 billion in total across all exchanges. According to Bybit, more than 150,000 traders were liquidated during this time frame. Although things were looking dull at first, the market has managed to recover significantly. Many analysts believe that Bitcoin should pull back even harder to maintain a healthy uptrend.

Will the next dip be worse or better?

The last dip was massive, but nothing out of the ordinary as we have seen steeper dips in 2017 for Bitcoin. The fact that Bitcoin and others managed to quickly recover shows that investors are still aiming for higher highs. 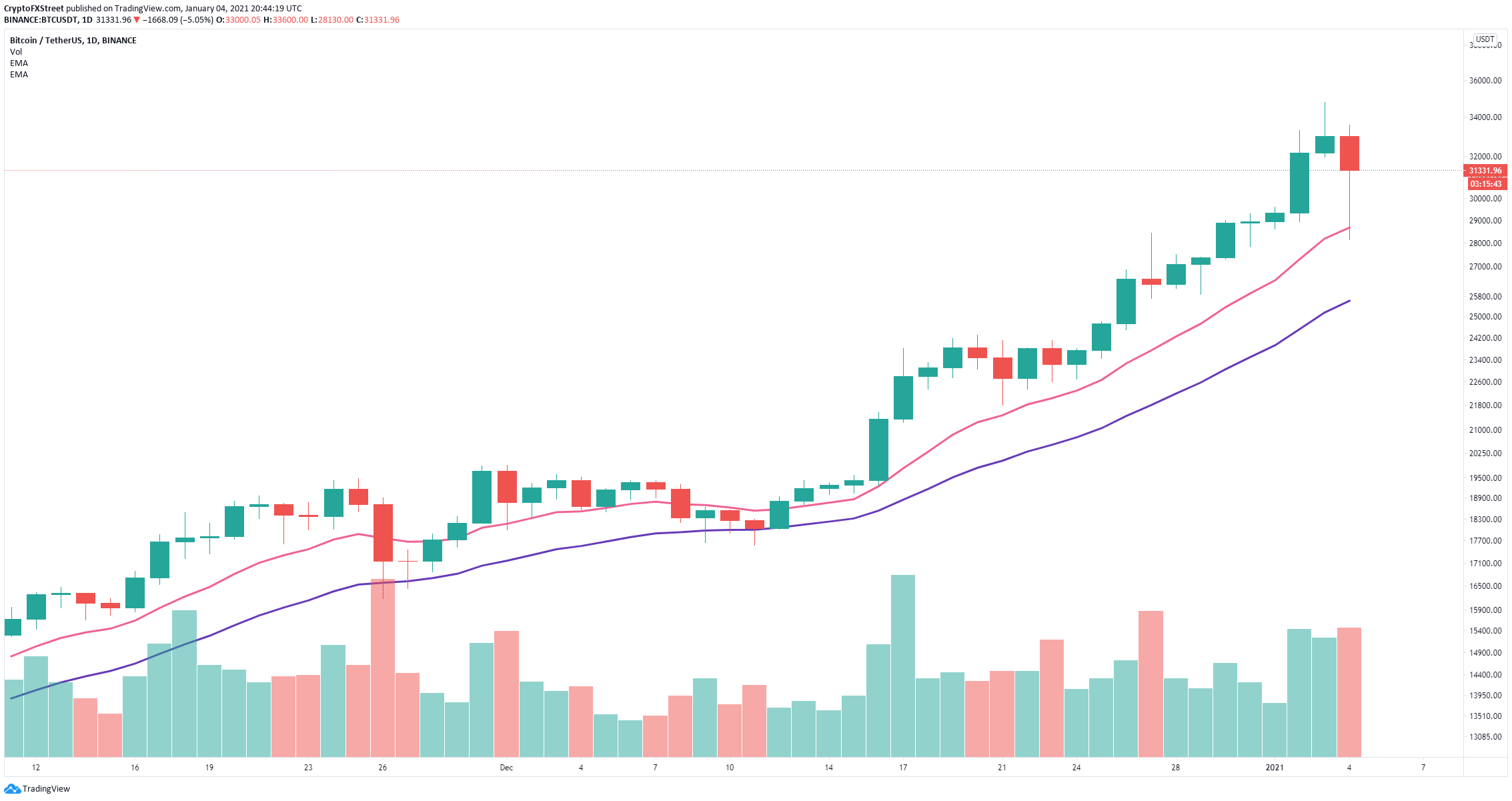 With this in mind, it’s totally possible that the next dip will be bought even faster as now everyone expects that. Bitcoin bulls defended the 12-EMA support level which is critical and always an accurate indicator on the daily chart.

As long as Bitcoin price stays above the 12-EMA and the 26-EMA which is the strongest support level, the uptrend will remain intact. Only a dip below the 26-EMA would be concerning and a significant shift in momentum.

Ethereum price came late to the party but has finally cracked $1,000 and peaked at $1,162 before plummeting. The current price is $1,030 as the bulls hope to continue with the uptrend. 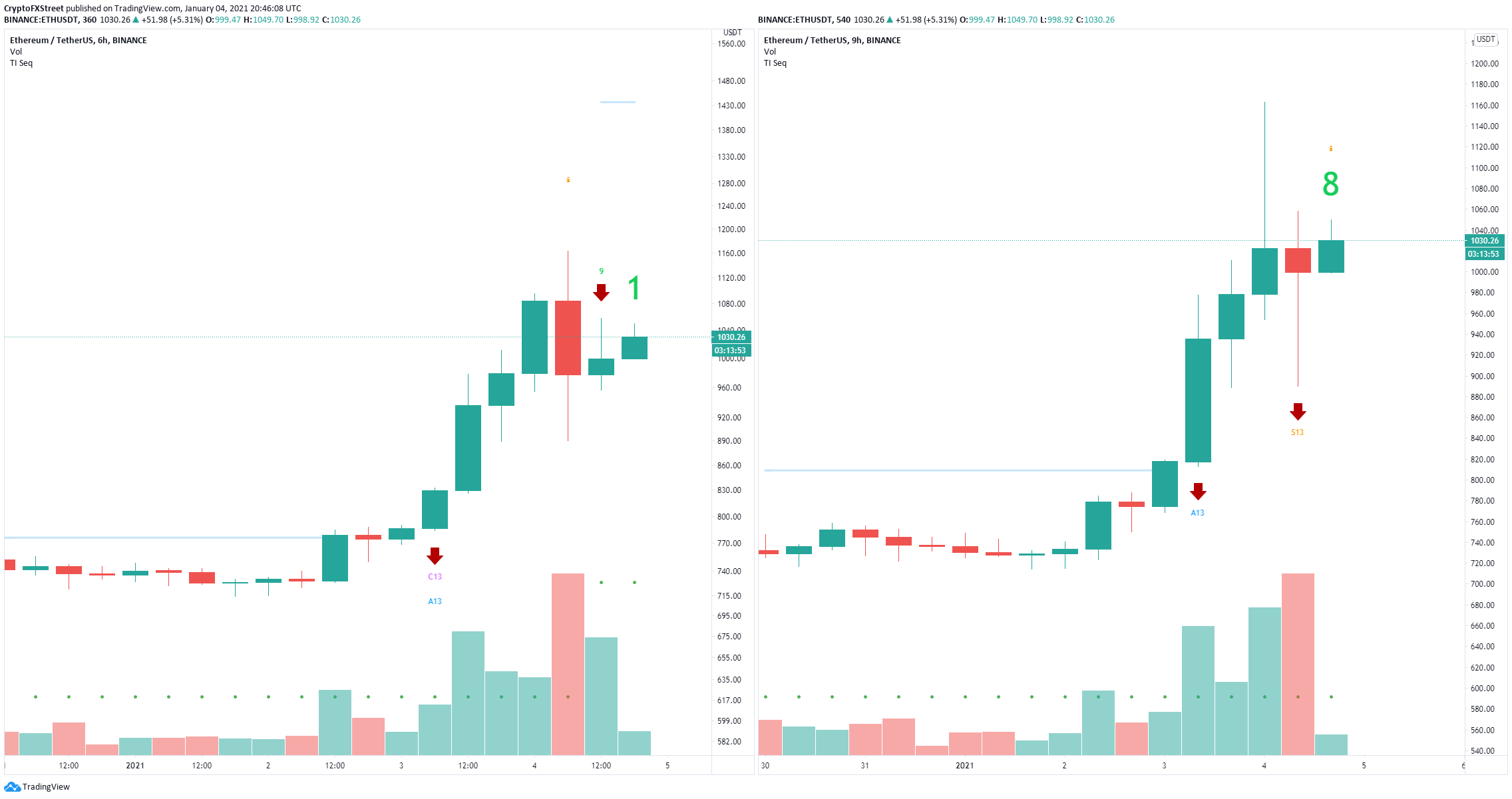 However, the TD Sequential indicator has presented a sell signal on the 6-hour chart and it’s on the verge of doing the same on the 9-hour chart. If both calls are confirmed, we could see Ethereum price dip towards the psychological level at $900 again.

Litecoin has been one of the few altcoins that performed even better than Bitcoin in the past month, rising by more than 150% hitting $173 which is still far away from its all-time high at $360. 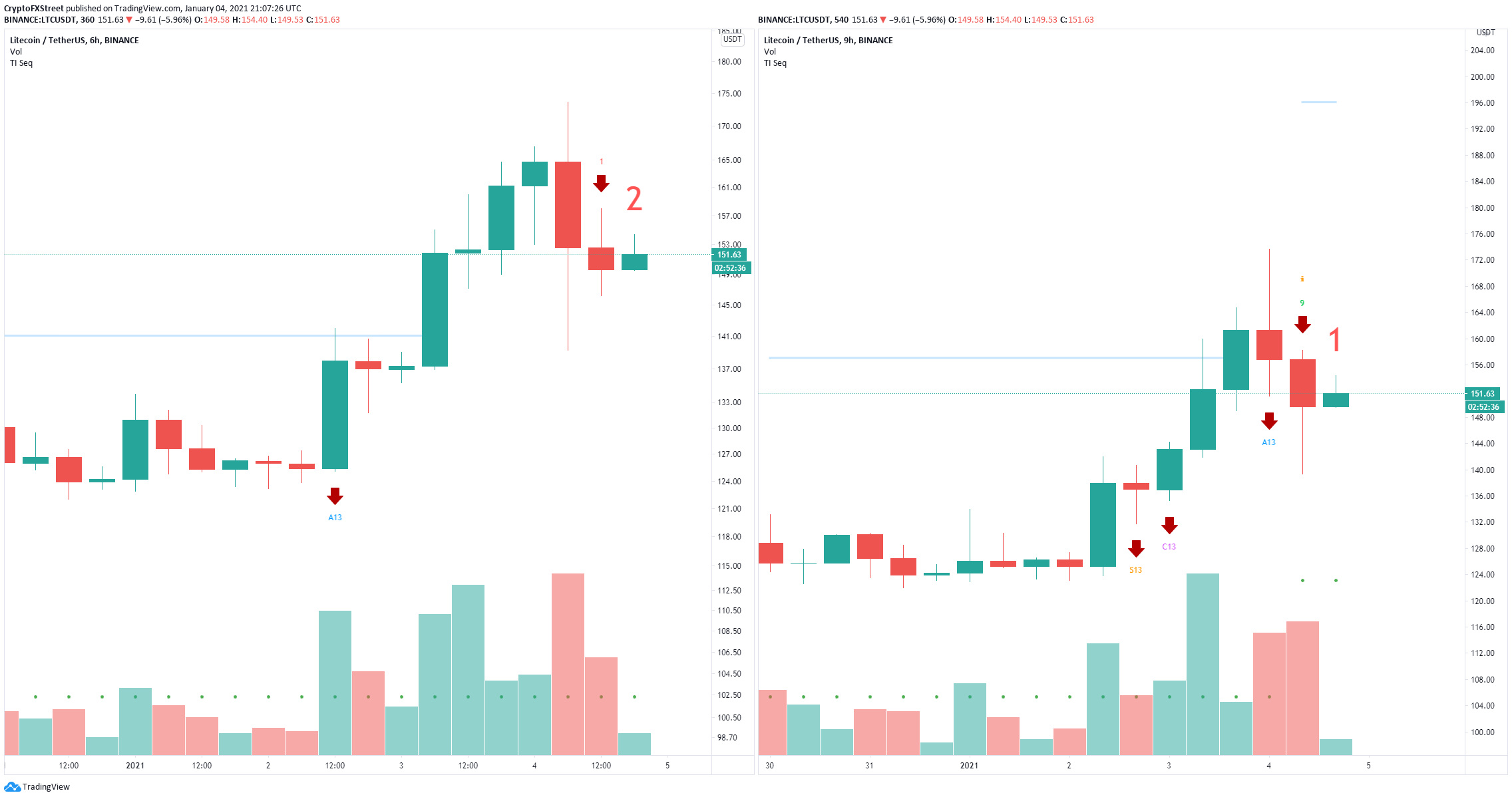 The In/Out of the Money Around Price (IOMAP) chart shows practically no resistance ahead well until $180 which means bulls can continue pushing Litecoin price freely.

However, similar to Ethereum, the TD Sequential indicator has presented two sell signals on the 6-hour chart and the 9-hour chart which seem to be getting a lot of continuation. A breakdown below the crucial support area between $148 and $152 will push LTC down to $135.