Yesterday, the XAU/USD exchange rate re-tested the psychological level at 1,515.00. During Thursday morning, the rate was testing the support formed by the 55– and 100-hour SMAs at 1,504.00.

If the given moving averages hold, it is likely that a reversal north could occur in the nearest future, and the price for gold could try to surpass the given psychological level.

On the other hand, yellow metal could trade sideways against the US Dollar at the 1,510.00 mark within the following trading session. It is unlikely that bears could prevail, and the rate could decline lower than the 200-hour SMA at 1,496.04. 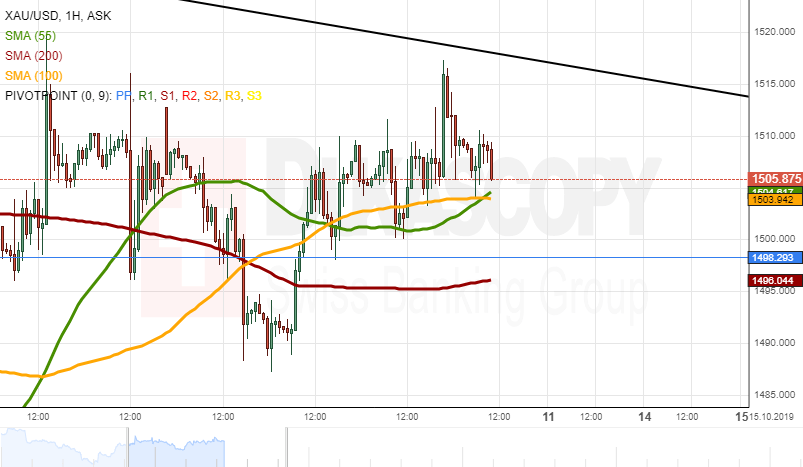