Just as NZD/CAD tests a key level of resistance, it’s worth considering its potential for a change of trend. Personally, I think the bearish trend on NZD/CAD has been one of the better ones for FX traders this year. Since failing to break a key resistance level in March, the commodity FX cross tumbled over 11% (or over 1000 pips) within a relatively clean downtrend.

Yet having tested the upper bounds of it bearish channel on the daily chart, NZD/CAD has approached an inflection point and there are compelling arguments for both bulls and bears to consider.

Bearish swing traders could take comfort in the following: 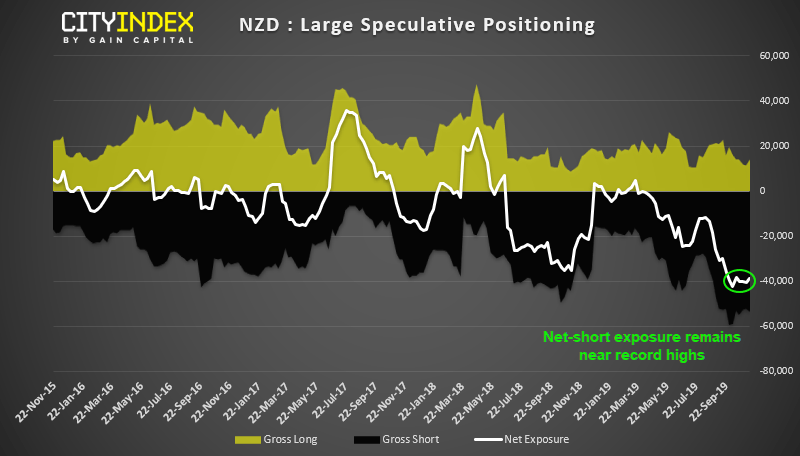 Contrarians (bulls in this instance) could take note of the following: 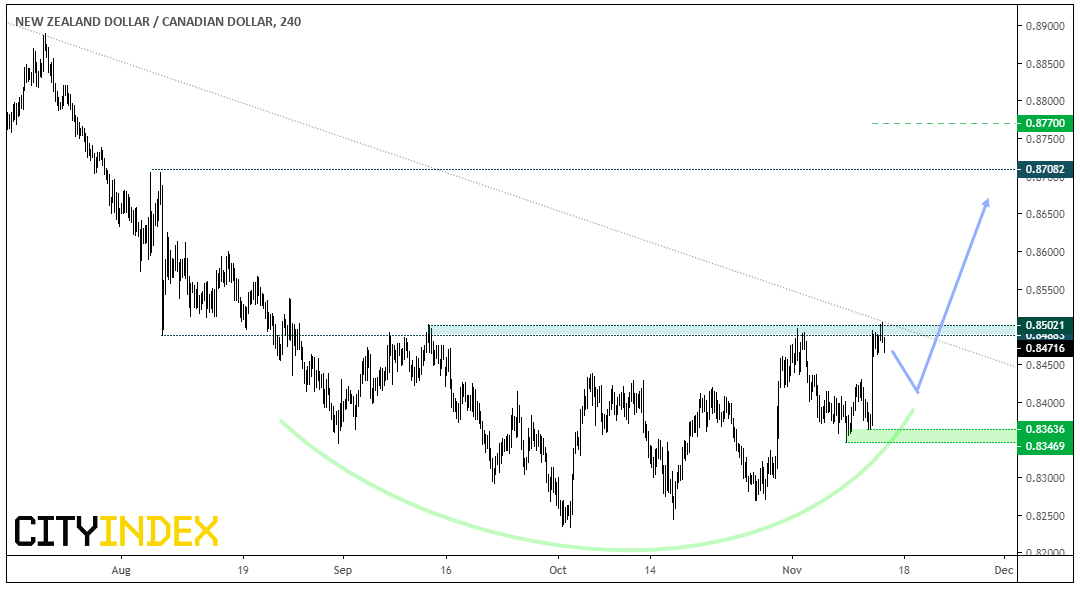 Given the importance of 0.8500 resistance, NZD/CAD could well turn lower over the near-term. Yet due to the strength of momentum leading into resistance, an eventual upside break is the bias whilst prices hold above the 0.8347/63 lows. Also take note of the rounding bottom forming which, if successful, projects an approximate target around 0.8770.

GBP/USD extends losses towards 1.2500, as the UK GDP disappointment weighs negatively on the 2-year Gilt yields. Broad US dollar strength amid risk-off mood also adds to the bearish pressure on the cable.

EUR/USD under pressure below 1.1350 amid risk-aversion

EUR/USD remains pressured below 1.1350, as US dollar trades firmer amid broad risk-aversion. The German ZEW Survey to show signs of an economic turnaround. Heightened expectations for an EU fiscal stimulus plan could buoy the shared currency.