After a nice recovery over the last few days, investors will be wondering whether the selling is about to resume again in this near market.

With a growing number of countries in lockdown and the virus still spreading rapidly in Europe and the US, it is very difficult to be optimistic about the global economic outlook despite all the large monetary and fiscal stimulus measures announced by various governments and central banks over the past couple of weeks.

Therefore, don’t be surprised to see the indices turning lower once again, even if we have seen historic rebounds earlier this week, for the global economic and company earnings outlook look grim.

Among the major indices to watch for another potential breakdown is the German DAX: 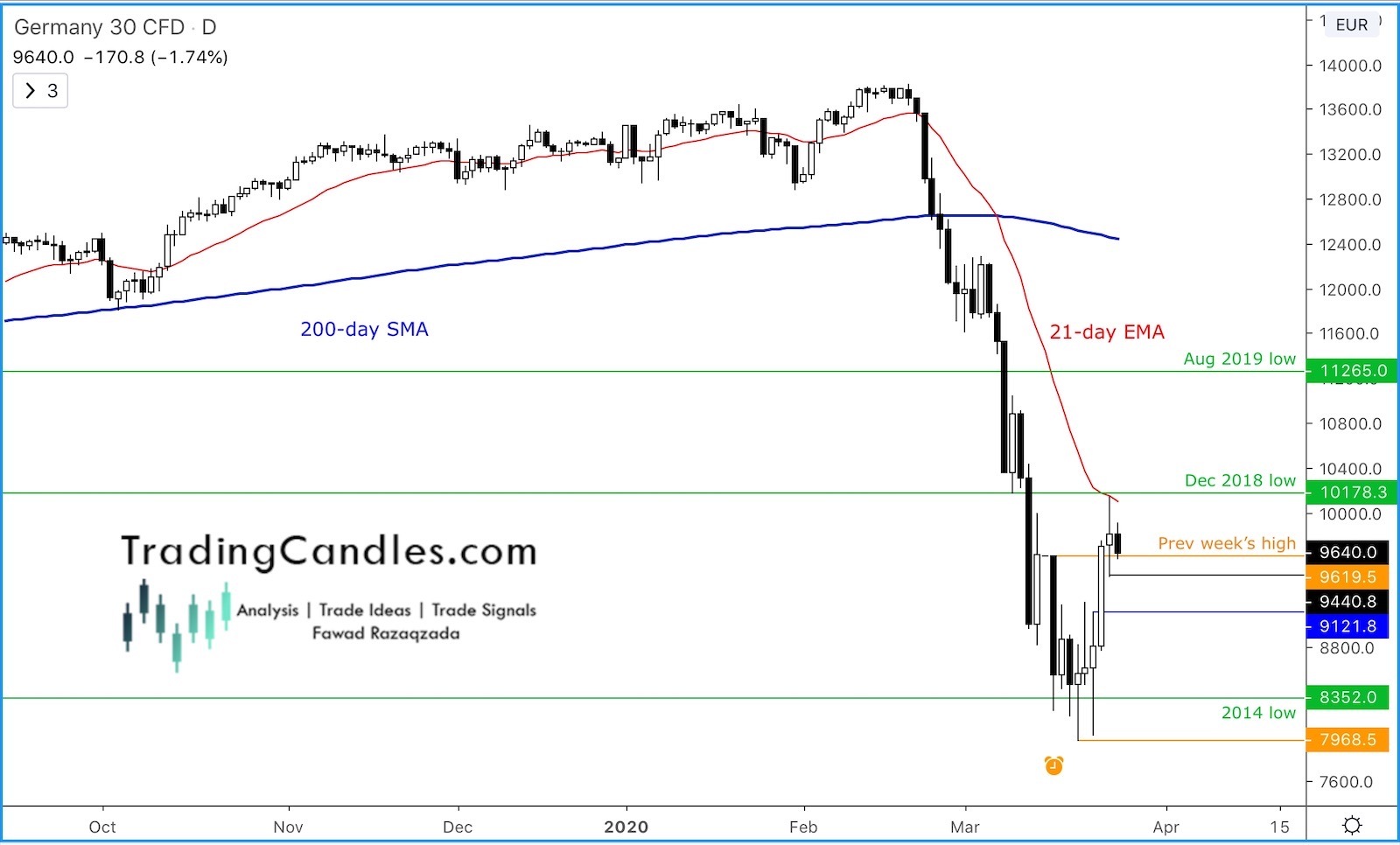 At the time of writing, the index’s CFD was hitting new lows on the day, suggesting the market would open with a gap down from Wednesday’s official closing level of 9874.

The renewed selling pressure is hardly surprising given the above fundamental reasons. It is also worth pointing out technical reasons behind today’s weakness after the index reached resistance near 10180 on Wednesday, where it had previously found strong support back in December 2018 and a mild bounce a coupe of weeks ago. Once support, this level is now resistance and we have seen a nice reaction from there already.

The next level to watch is 9620, the high from the previous week. A decisive break below here would suggest this week’s breakout attempt was a false move. If that happens, then as a minimum I would expect liquidity below Wednesday’s low to be tested next at 9440. Thereafter, then potential support is seen around 9120, the base of the breakout on Tuesday. And if that level were to give way then we could see a new 2020 low in the coming days.

So, the bulls better hope that last week’s high at 9620 holds now that we have moved above it.