Stocks bounced from the new local low on Friday. Is this the end of a downward correction or just some consolidation before another leg down?

The S&P 500 index slightly extended its short-term downtrend on Friday, as it reached the local low of 4,288.52 right after the opening. But bulls took over and the market gained 1.15% on a daily basis. It came back above 4,350. This morning the market is expected to open slightly lower and we may see more short-term consolidation.

The nearest important support level of the broad stock market index is now at 4,300-4,320, marked by the recent local lows. The next support level is at around 4,250. On the other hand, the resistance level is at 4,380-4,400. The S&P 500 continues to trade below its month-long downward trend line, as we can see on the daily chart. 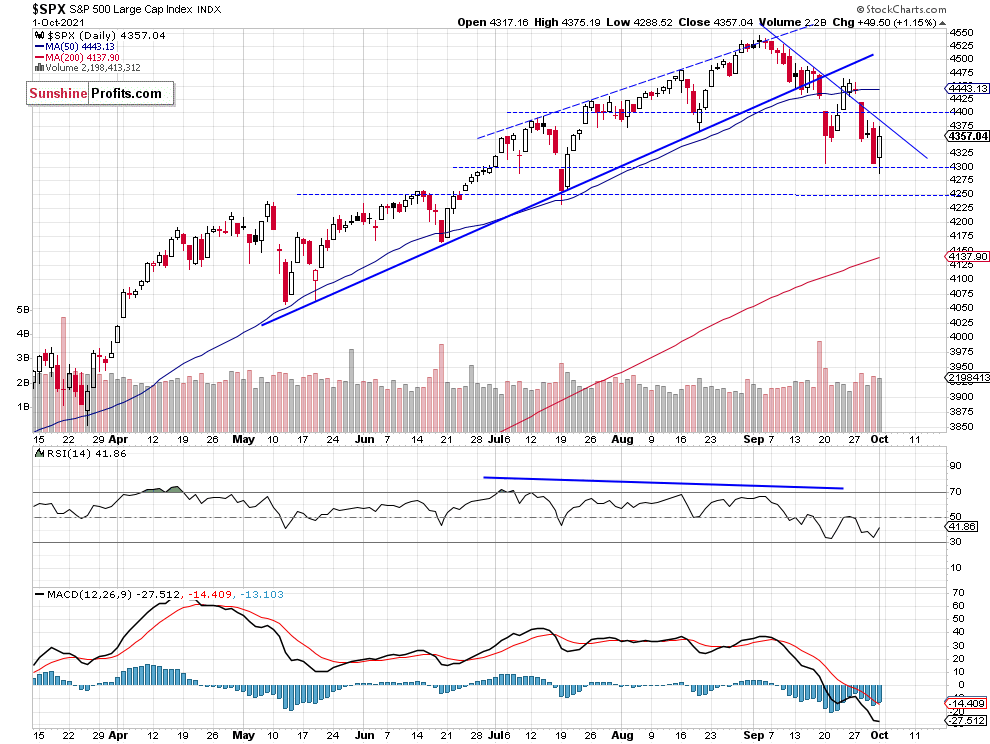 Let’s take a look at the Dow Jones Industrial Average chart. In early September the blue-chip index broke below a two- month-long rising wedge downward reversal pattern. Last week it got back closer to its mid-September local low. However, unlike the broad stock market’s gauge, it managed to stay above that support level. The nearest important resistance level is at around 34,500, as we can see on the daily chart: 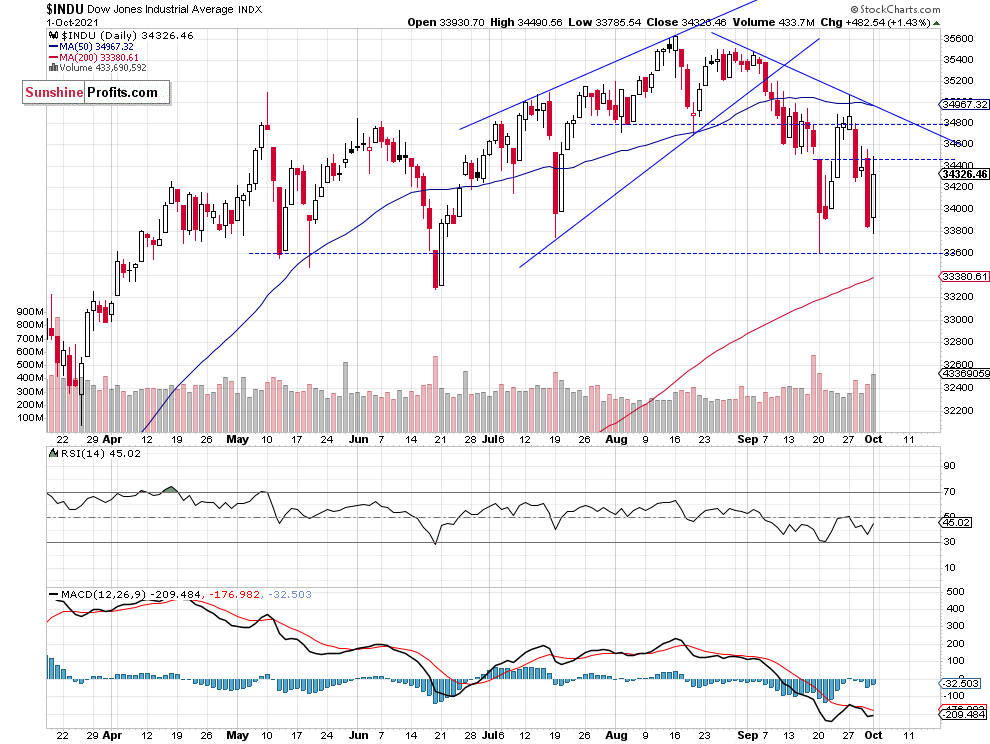 Apple is still at support level

Apple stock weighs around 6.1% in the S&P 500 index, so it is important for the whole broad stock market picture. Since early September it has been declining from the record high. Recently the stock sold off to the previous local lows and on Friday it sold off to around $139 before going back up. The $142 price level is acting as a support level, so it is still a “make or break” situation. 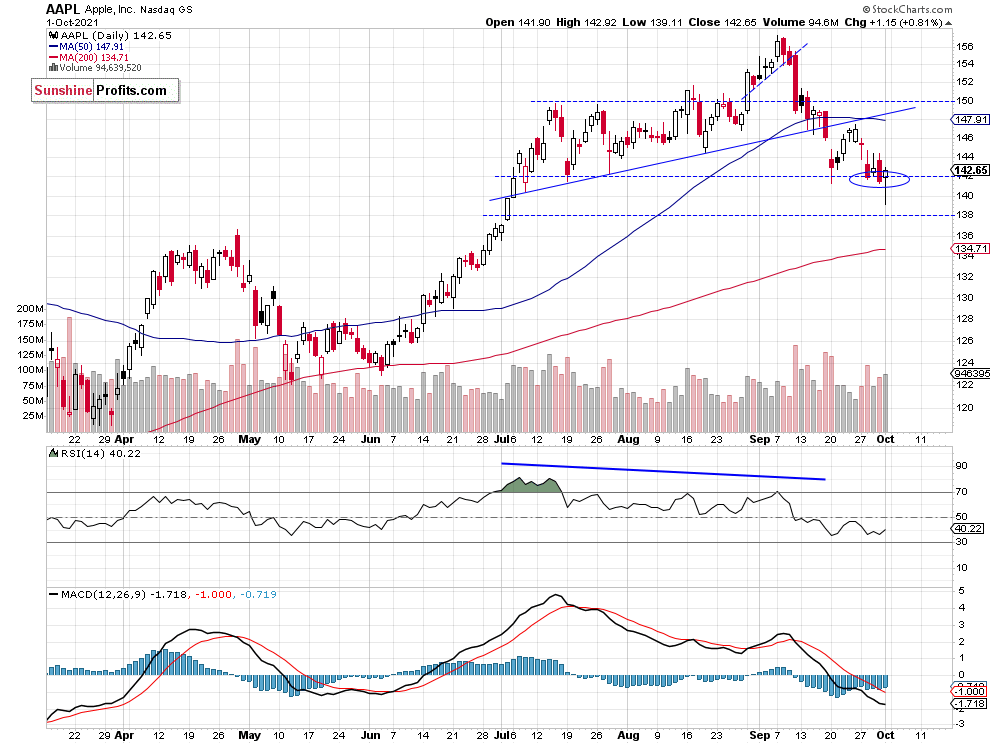 We closed our profitable short position on Friday

Let’s take a look at the hourly chart of the S&P 500 futures contract. We opened a short position on August 12 at the level of 4,435 and closed it on Friday at the level of 4,315 with a gain of 120 points because the risk/reward perspective seemed less favorable. 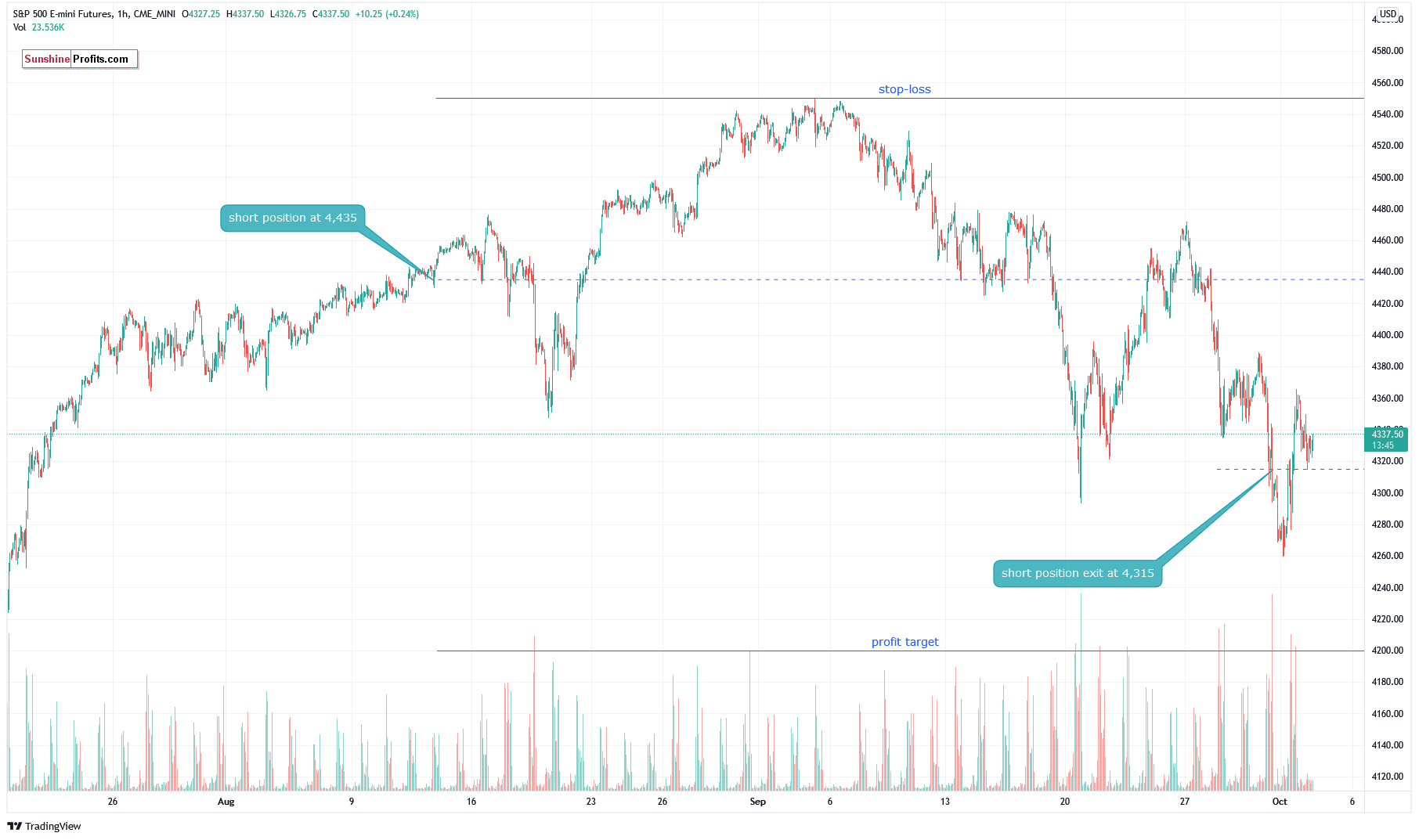 Last week the broad stock market got back to its mid-September local low and the S&P 500 index fell briefly below 4,300 level. Then we’ve witnessed a short-covering rally. Most likely it was just an upward correction within a downtrend. There have been no confirmed positive signals so far. However, the risk/reward perspective seems less favorable right now and no positions are currently justified.