There are numerous indications that junior miners are poised to set new lows on their downward path. Will they pull gold to the bottom as well?

The GDXJ, a proxy for junior miners, just closed at the second-lowest level since April 2020 – and that is huge. What does it mean?

Well, it means that profits on our short positions in juniors increased once again. However, there’s more to yesterday’s session than just that.

Namely, due to yesterday’s 2%+ decline in the GDXJ ETF, it’s now clear that junior miners practically can’t wait to move to lower levels, as they are declining even without much help from gold. 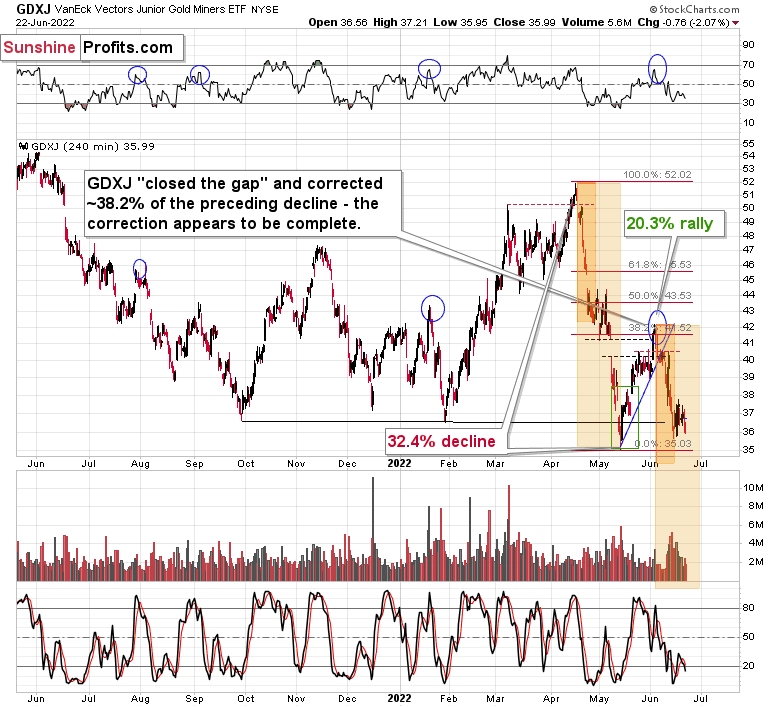 Without even getting into specific calculations, it’s clear that junior miners are now trading very close to their May lows.

What is even more interesting, the GDXJ closed below the September 2021 low, and it didn’t immediately rally back up. The fact that junior miners declined below this low yesterday without a significant bearish push from gold and from the general stock market tells us that this time, the breakdown below the September 2021 low is likely to be confirmed.

This, in turn, means that juniors appear to be finally ready to head to much lower levels.

Additionally, please note how perfectly the current situation resembles what we saw at the end of April and in the first days of May. The decline that preceded that previous consolidation was bigger than the recent one, so it’s quite normal that the consolidation that followed this time was also smaller and not as volatile. Other than that, the two moves are alike. Since a big move lower followed the previous consolidation, another move lower appears likely this time as well. 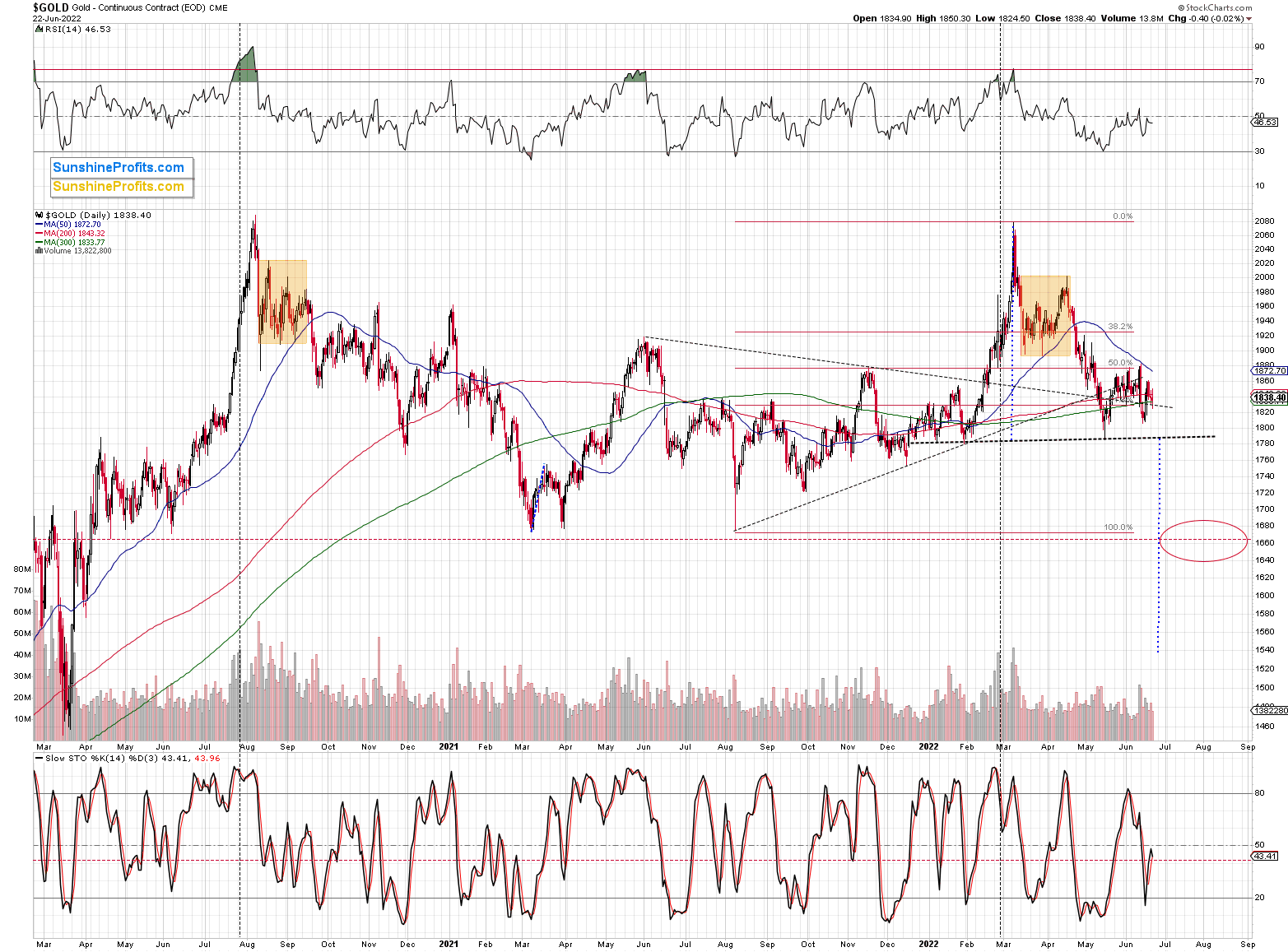 Also, as I wrote earlier, please keep in mind that juniors just declined without almost any help from gold. Unlike junior miners, gold is not at its September 2021 lows, and it’s not at its mid-May 2022 lows, either.

Miners tend to lead gold, and this time it’s quite clear that they are leading it lower.

Once the current consolidation in gold ends, it appears likely that gold will replicate (to a considerable extent) the decline that preceded the consolidation. This would imply a move back to gold’s previous 2021 lows.

This, in turn, would be likely to have a devastating impact on junior mining stock prices.