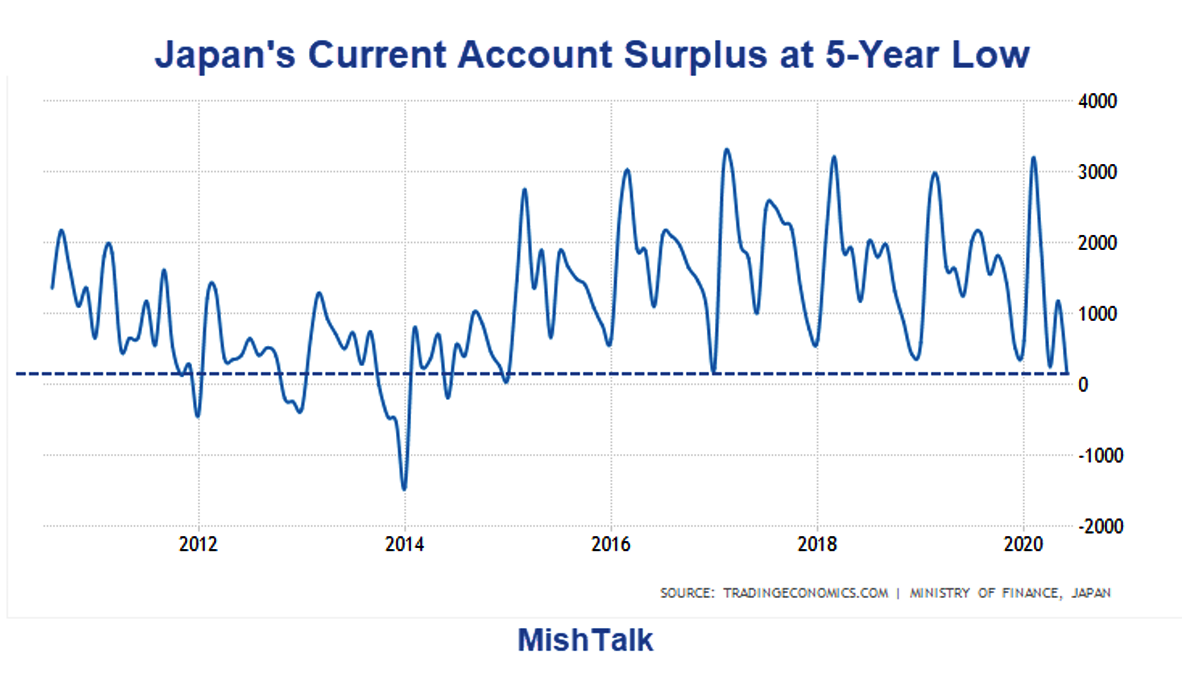 Japan posted its smallest current account surplus in more than five years in June, Ministry of Finance data showed on Tuesday, mainly due to a slump in exports, highlighting the heavy hit to external demand from the coronavirus pandemic. 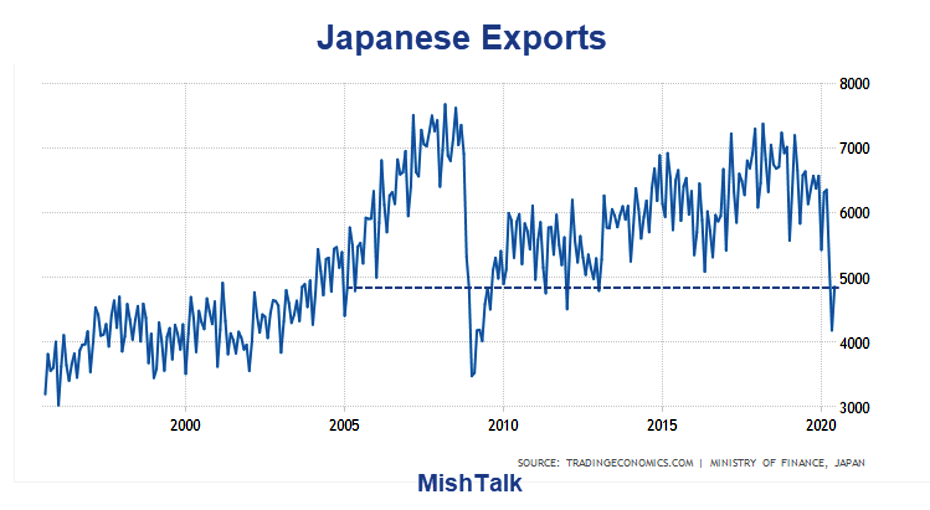 There is little reason to expect a sudden sharp reversal.

US Trade in goods with Japan 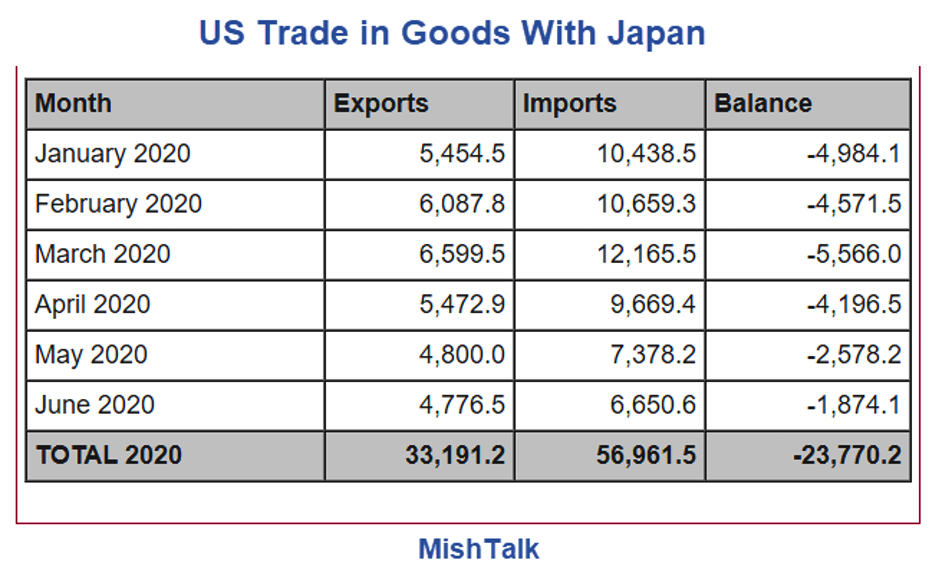 The above chart from the Census Department.

As I have commented before, Trump's best chance to reduce trade deficits with the world was not tariffs but rather to have one hell of a recession.

US CB Consumer Confidence Preview:  Neither happy nor sad

American consumer attitudes have recovered from their April pandemic low but they remain stalled far below their levels of last year. The Conference Board (CB) Consumer Confidence Index is predicted to rise to 89.2 in September.