Part of the reason gold has rallied so well this year is due to the markets expectation that the Fed are now on an easing cycle. So, it could be argued that gold is holding up surprisingly well following the Fed’s hawkish cut (relative to market expectations anyway). That said, Powell did go on to say during the press conference that “a more extensive sequence of rate cuts could be appropriate” if the economy does turn down which places them in a holding pattern.

However, perhaps a more pressing concern for investors is the liquidity squeeze in short-term funding. Whilst the Fed took the additional steps of lowering IOER (interest on excess reserves) by 30 bps to 1.8% and repo function rate to 1.7%, the fact they had to intervene is likely unnerving investors and supporting gold prices. Therefore, gold could face headwinds if the Fed convinces markets they have the liquidity squeeze under control, so traders will continue to monitor their repo actions closely this week. 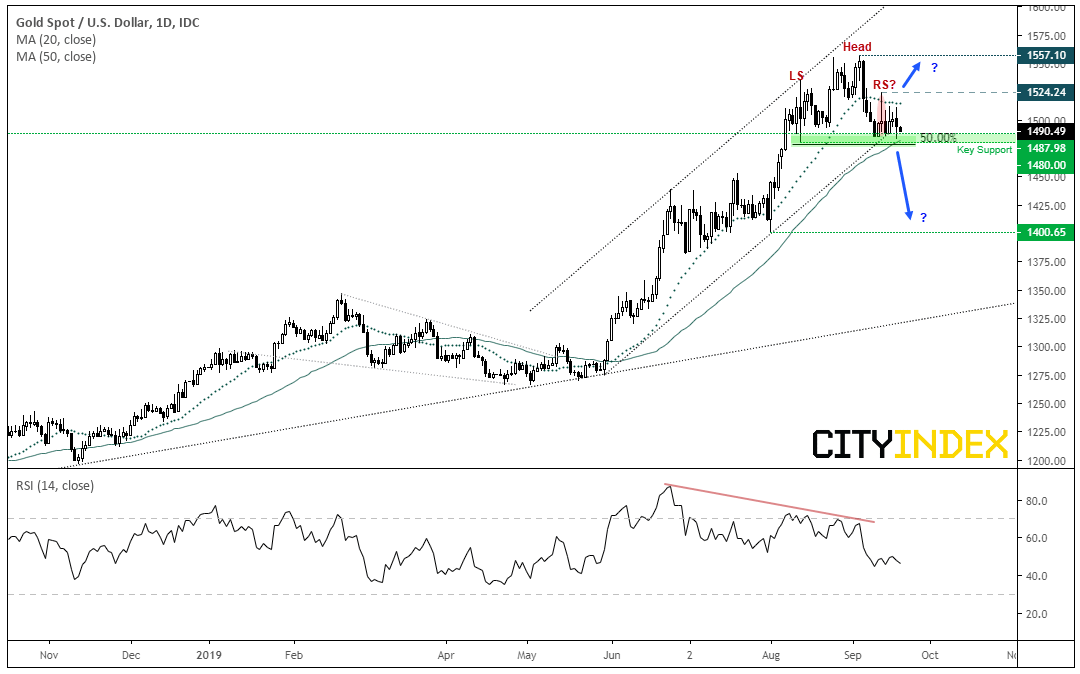 For now, gold is holding above a pivotal support zone around $1480 which comprises of a 50% retracement level, the 50-day MA and structural lows.