Global stocks bounced back on Friday as the market cheered the latest news by Evergrande. Chinese media reported that the company had managed to pay a missed interest payment on a dollar bond. The company had a deadline of this weekend to avoid a default. The media reported that the company moved $83.5 million to Citibank, the trustee of the bank. Still, the company faces additional liquidity challenges going forward. Its attempts to sell its property management business failed. It is still attempting to sell a stake it holds in a Chinese bank. In Europe, the FTSE 100, DAX, and CAC 40 indices rose by more than 0.40%. Similarly, in the United States, futures tied to the Dow Jones and S&P 500 also rose.

US stocks rose slightly as investors focused on the ongoing earnings season. Some of the top movers are companies like Snap and Intel. Snap, the owner of Snapchat, declined by more than 25% after the company downgraded its forward guidance. It blamed a new iOS update that allowed users to block cookies instantly. Intel shares also declined in extended hours after the company released disappointing sales. It cited supply shortages for the performance. Another top mover in extended hours was the Digital World Acquisition Corp (DWAC). The stock rose by more than 300% on Thursday after it announced that it will merge with a media company started by Trump.

The GBPUSD pair rose after the Bank of England (BOE) chief economist warned that the country’s inflation would rise to 5% in the coming months. He also hinted that the bank will start deliberating on tightening in the upcoming meeting that is scheduled for November. In a statement on Sunday, the BOE governor said that the bank would intervene to limit a rise in prices. Meanwhile, the UK released disappointing data today. Retail sales declined by 1.3% in September while core sales fell by 2.6%. Earlier this week, the country also published weak inflation data.

The GBPUSD pair rose even after the weak retail sales data. It moved to a high of 1.3810, which was substantially higher than this month’s low of 1.3410. On the four-hour chart, the pair has moved above the 61.8% Fibonacci retracement level. It has also risen above the 25-day and 15-day moving averages. The price has also moved between the ascending channel shown in green. Therefore, the pair will likely keep rising as bulls target the key resistance at 1.3900. 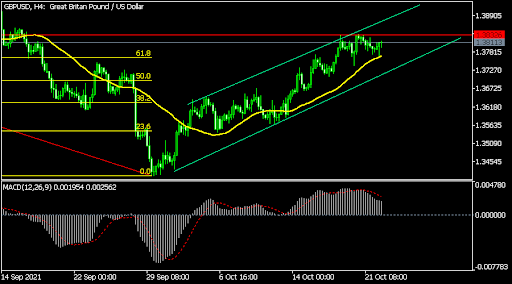 The EURUSD pair was little changed after the mixed flash manufacturing and services PMI data by Markit. The pair is trading at 1.1635, which is at the same level as the 25-day moving average. The pair is above the neckline of the head and shoulders pattern at 1.1620. The Williams %R has moved from the overbought level. Therefore, the pair will likely have a bearish breakout in the coming days. 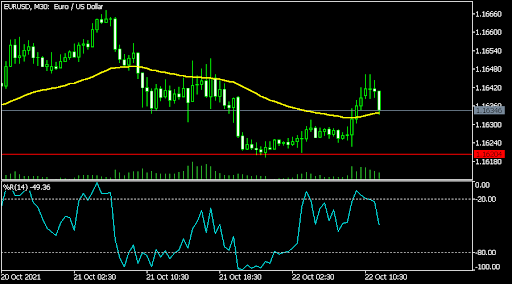 The ETHUSD made a major bullish breakout on Thursday as interest in cryptocurrencies rose. It rose to a high of 4,380, which was its all-time high. It then pulled back and is currently trading at 4,125. On the four-hour chart, the pair’s bullish trend is still being supported by the short and long moving averages. The MACD is also slightly above the neutral level. Therefore, the pair will likely keep rising as bulls target this week’s high. 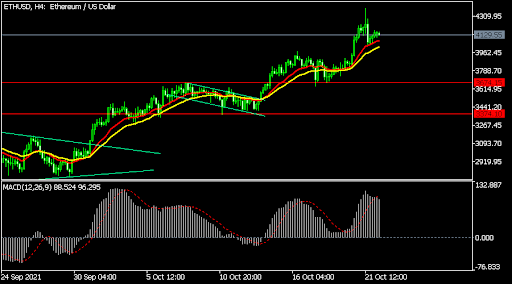