GBPJPY shifted to the sidelines after its two-week straight-line rally faltered near a five-year high of 158.20.

The rapid progress in the market has reactivated the 2020 uptrend, helping the 50-day simple moving average (SMA) to change course above the 200-day SMA and avoid a death cross.

Some profit-taking would be normal in the short term as the RSI and the Stochastics are setting the stage for their next downturn below the overbought zone, and the MACD seems to be losing steam in the positive area. That said, it would also be interesting to see whether a potential consolidation phase following the steep upleg can develop in a bullish pennant or flag formation—a signal that the upward trajectory will continue after a quick break.

Nevertheless, traders will keep a close eye on the 156.55 – 156.00 area if selling interest grows. Failure to hold above it would downgrade the broad outlook back to neutral, bringing the former resistance of 155.35 next under examination. Diving deeper, the price may pause near last week’s 154.50 noisy area.

In the positive scenario, where the pair closes decisively above the 158.00 round-level, the uptrend could extend up to the 160.00 barrier, last seen in June 2016. Beyond that, the bulls may not meet any tough obstacles until the major resistance of 163.88.

In summary, GBPJPY is expected to face some weakness in the coming sessions, though only a sustainable move below the 156.00 number would snap the positive outlook in the big picture. 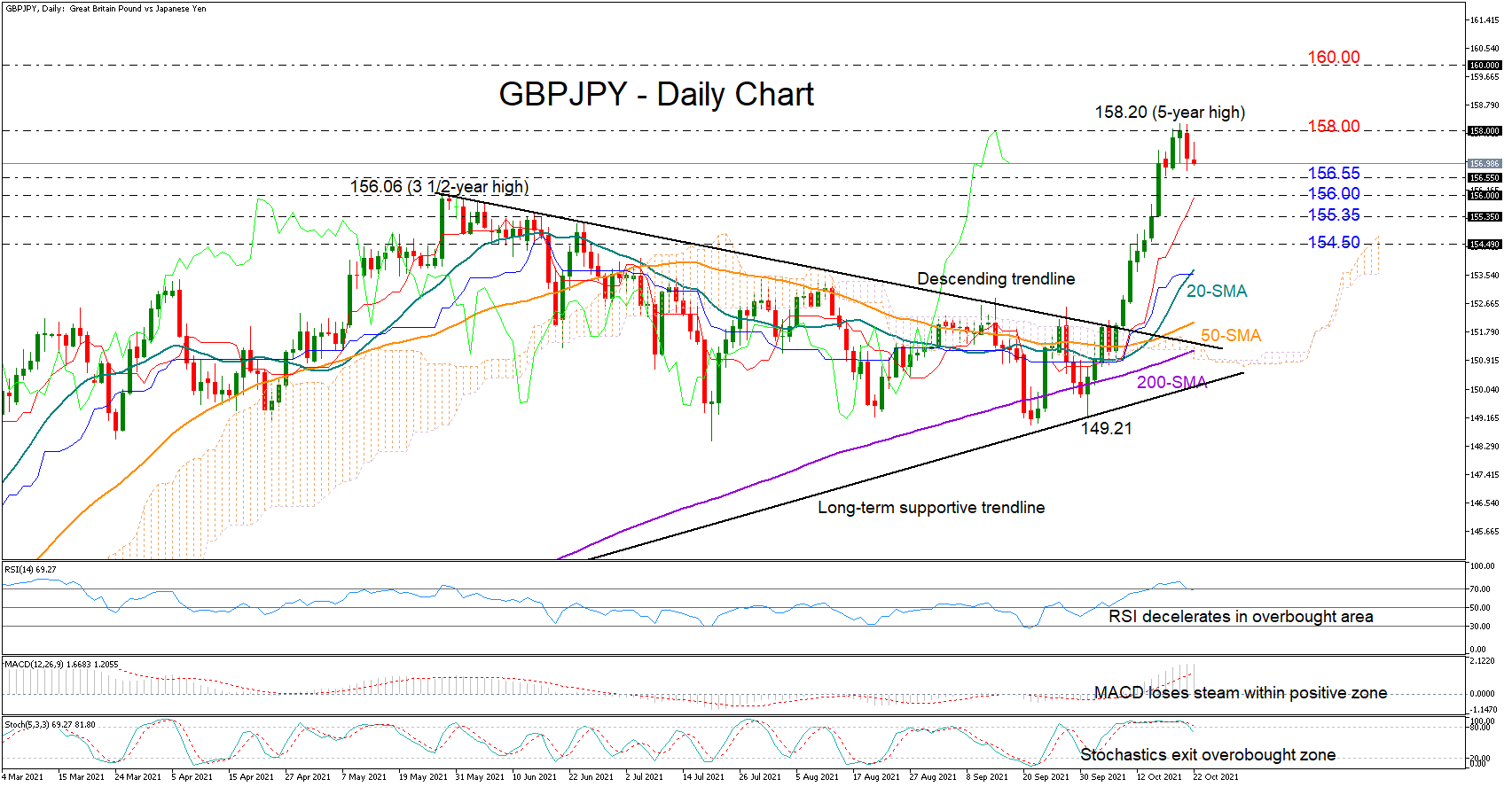