The near term importance of holding on to the neckline of the small base pattern at $1.2540 is key as it maintains the prospect of a continued recovery on Cable. An uptrend formation of the past two weeks is also holding. It means that this near term recovery is now testing the resistance of a much bigger, seven month downtrend on Cable, which comes in at $1.2690 today. A strong start to Monday’s trading is now building on the strengthening of momentum now, with RSI into the low 60s, MACD lines finding positive traction from a bull cross at neutral. There is a confluence of resistance overhead though, with an old rebound high at $1.2685 to overcome too. This would mean that if Cable can start to trade consistently in the $1.27s it would be a signal that the bulls are gaining a solid stronghold on the market. Initial support of Friday’s low at $1.2565 is leaving $1.2585/$1.2600 as an area to look for long positions were this morning’s rally to fade. 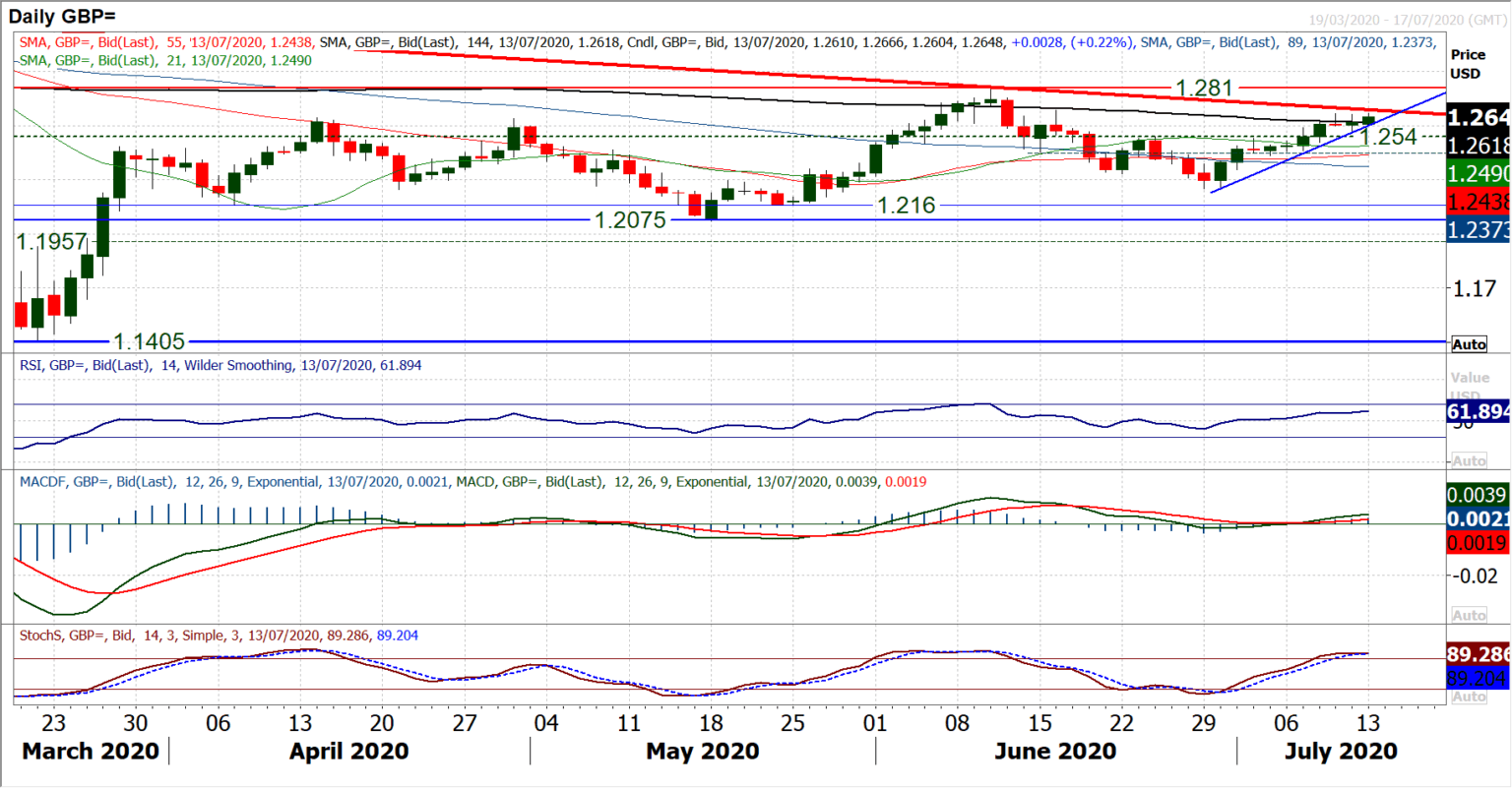