Another cause of concern comes from coronavirus. Contrary to the most recent trends in Europe, the UK and the US, Canada suffered an increase in cases that also prompted new restrictions in several places. 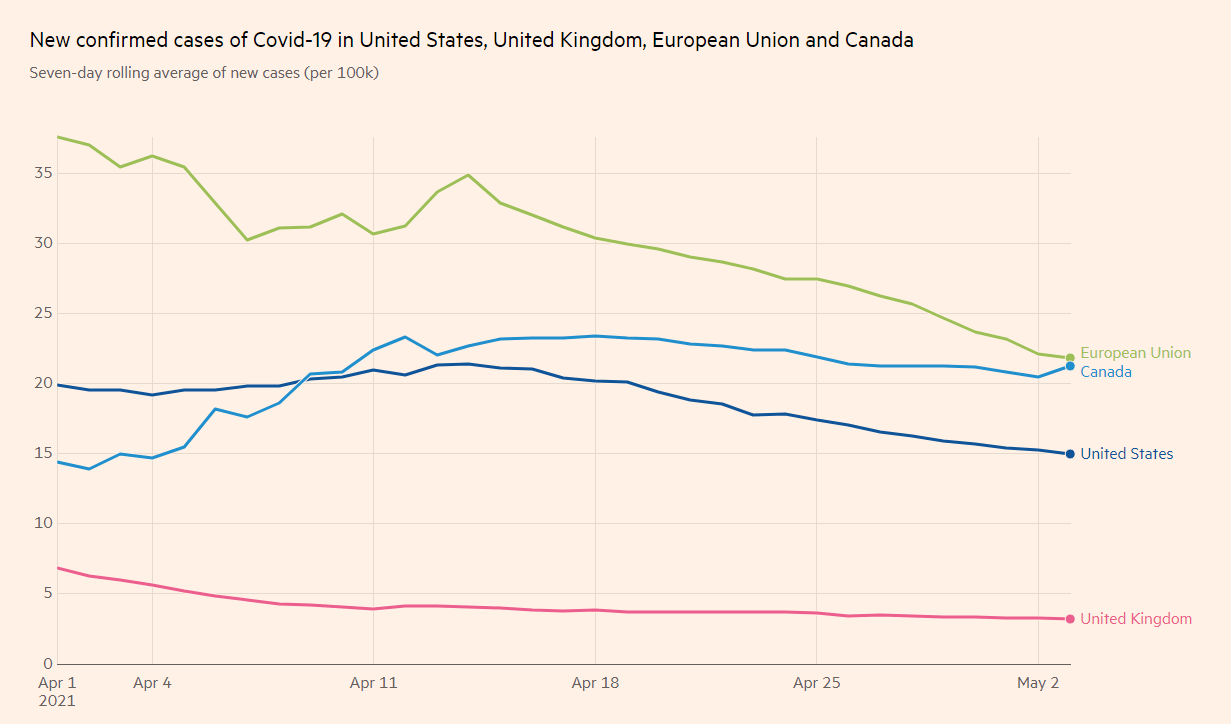 Reasons to expect a better outcome

The virus has wreaked havoc on the labor market and also its statistics. Will there be another – perhaps last – move to the downside? There are reasons to cast doubts, as developed economies learned to adapt to lockdowns, with fewer struggles at every increase in infections.

Moreover, Canada is vaccinating its population, like its peers. Better prospects of the near future boost business confidence and could already be triggering more hiring than economists expect.

Yet perhaps the most important reason to expect a better Canadian jobs report – perhaps another month of hiring rather than job losses – comes from the south. The US economy is booming thanks to immunization and massive fiscal stimulus. The economic calendar is pointing to a surge of nearly one million jobs in America.

Therefore, as 75% of Canadian exports go south – where the population is nine times larger – there is a good reason to think that the rapid US expansion would also cause hiring in Canada.

All in all, the forecasts seem too gloomy, and any upside surprise could move the loonie higher. It would join the Bank of Canada's announcement of tapering bond buys, a surprising move that already sent the C$ higher. In case, the gloomy predictions are correct, there is room to the downside for CAD, albeit limited.

Canada's jobs report is due out on Friday, May 7, at 12:30 GMT – just when the US releases its Nonfarm Payrolls report. As mentioned earlier, expectations stand at around one million after an increase of 916,000 in March.

With markets concerned about inflation, topping one million could raise speculation of a rate hike from the Federal Reserve and send the greenback higher. In that case, selling USD/CAD in response to an upbeat Canadian labor report would be unwise, but the loonie could gain ground against other currencies.

Canada is set to report a substantial loss of jobs in April, but there are reasons to expect the outcome would be better. That would help the loonie, but probably not against the dollar.