This August will be the best month for trading crypto, stock, forex, and commodities. There’s so much going on and so many markets are on the edge of a trend change, you simply cannot miss an opportunity of profitable margin trading.

Let’s take a look at the most interesting forex pairs. Starting from the US dollar, British pound, through Japanese yen and euro, Turkish lira - all these currencies are entering the period of huge volatility. We’ve seen historic interest cuts for lira shaking the market. And this may repeat for other currencies as central banks are going to adjust the interest rates to the slowing economy. Fed has already done that. 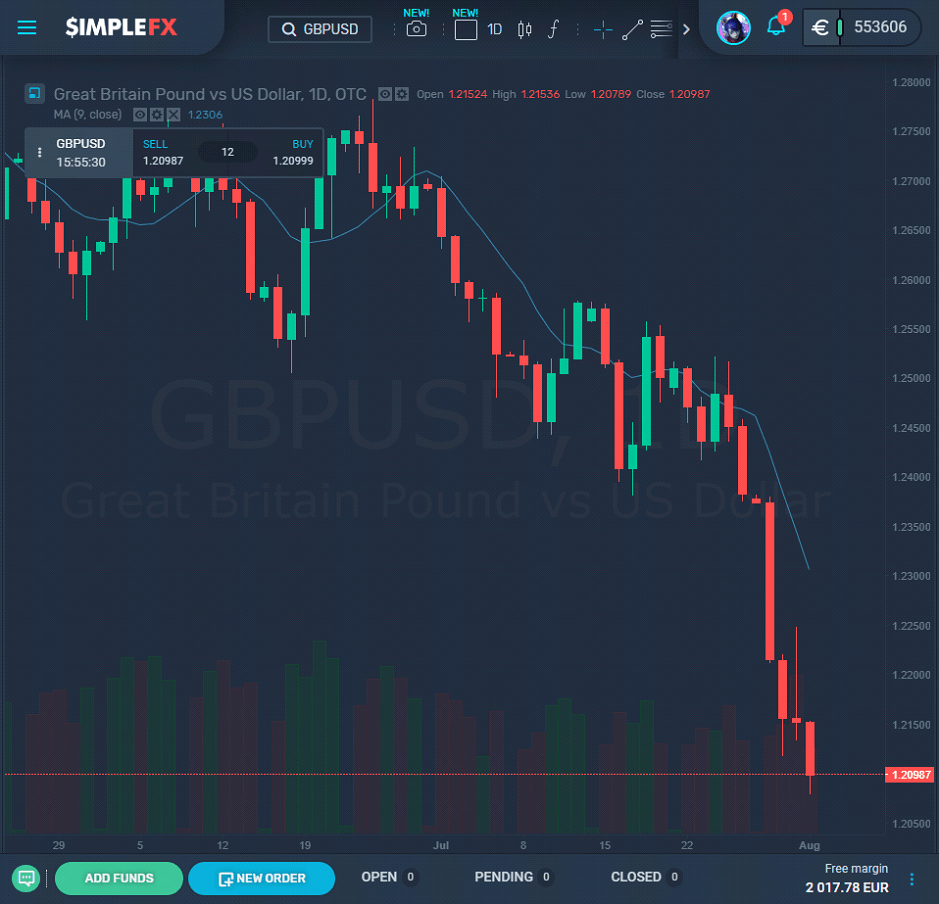 GBPUSD has been down falling over the last few days. This makes ground for huge volatility in August, that’s going to be mostly triggered by the news.

Not to mention the huge effect of Boris Johnson taking over the British Prime Minister job. It’s getting more and more clear that he’s on a mission to execute Brexit anyhow, which includes a no-deal solution, which brings even more uncertainty to the future of the British economy as well as the European Union.

The United Kingdom is going to be a huge geopolitical story over the next weeks as Brexit will set a precedent for leaving the EU.

As for the stock, they are still going up, however, even the mainstream institutions are adjusting their forecast. Morgan Stanley did so in July as well as Goldman Sachs. Even if the trend is going to change in the coming months, this doesn’t mean that the stock of the best global companies won’t rally for a long time.

It’s all going to depend on the market news and data. Just like good quarterly earnings caused a significant spike in Alphabet Inc. stock. 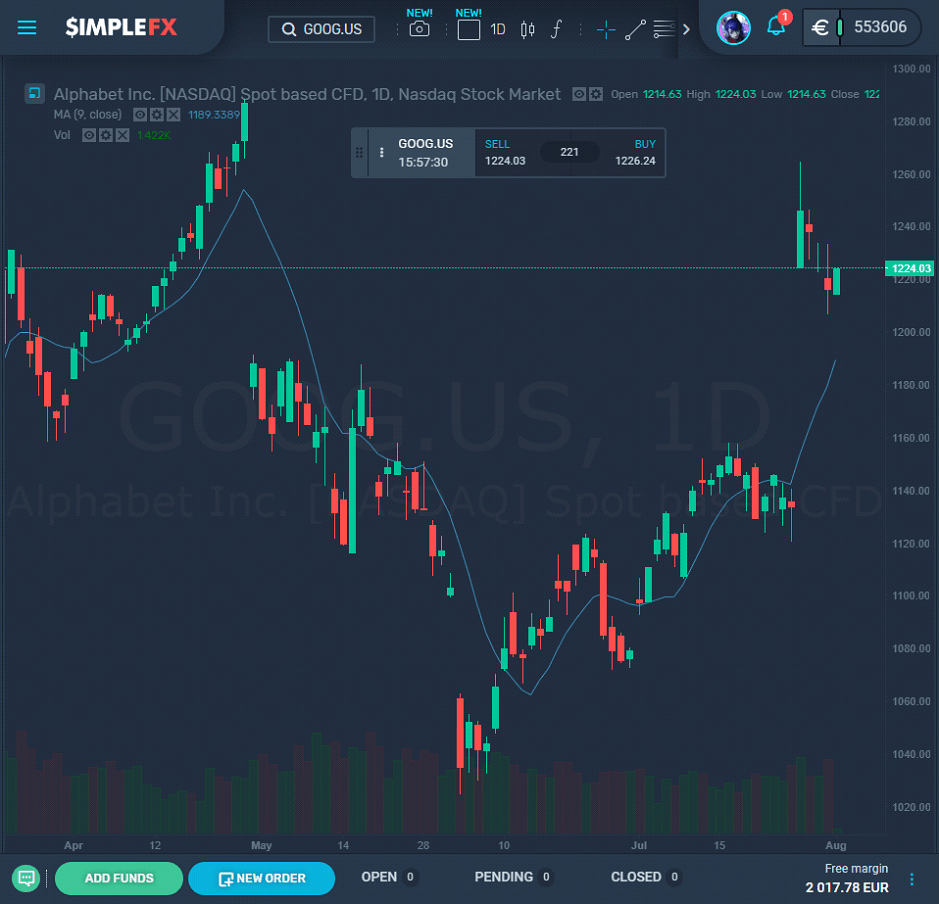 The investors have been undecided over the Alphabet Inc. long term value. It’s going to be an exciting month for stock trading.

The recession may be looming. The future of the global economy is dependent on big political issues that are going to be active in August. Apart from Brexit, there are US-China ongoing trade negotiations on the brink of a trade war. At the same time, it’s obvious there are strong political forces pushing President Donald Trump towards the war with Iran. Each August tweet by Donald Trump about any of these may move the markets. 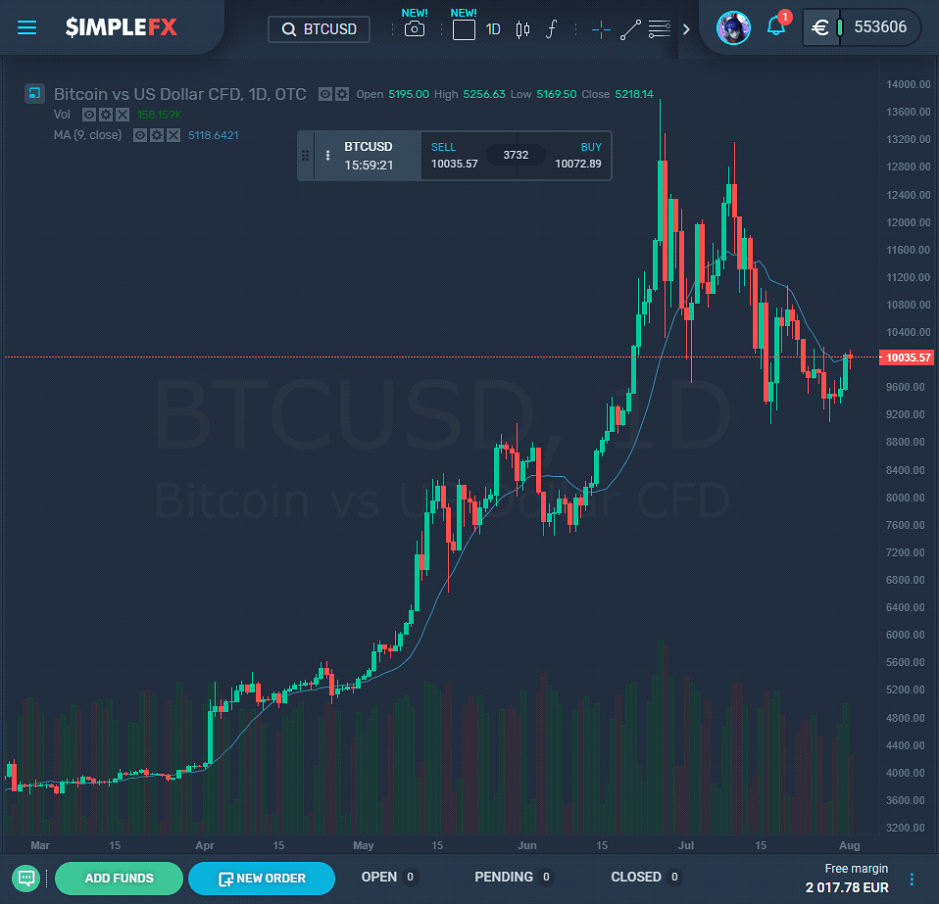 BTCUSD ended July with something that may be a retraction or a trend change. This is very exciting.

Bitcoin and other cryptocurrencies are on the rise again. The parent cryptocurrency has matured over the years and has just passed the milestone of 85% of the world’s Bitcoin supply already. Some of the most significant altcoins such as Ethereum, Litecoin or Ripple are also maturing. 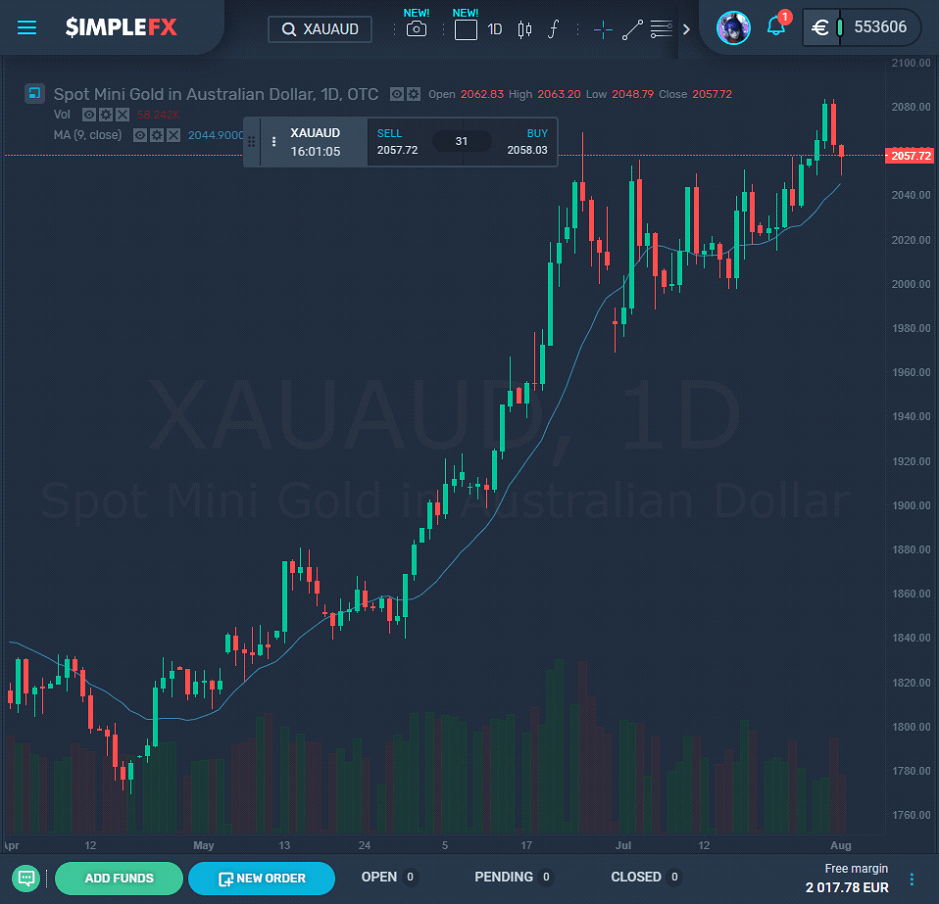 This XAUAUD chart shows the great performance of gold over the last two months. The second part of July, however, showed no strong signs.

The cryptocurrency bulls argue that the prices are about to explode when the fiat money bubble bursts. The argument is that we are at the peak of over decade-long prosperity fueled by printing additional money. If traditional money collapses, there will be a vacuum for cryptocurrencies and gold. Gold is trending up and even silver may be on the brink of a breakout.

For CFD traders this means great times for making a profit. Especially when there’s often nothing else to do during the holiday season.