AMC stock rallied on Friday as the equity market adopted a risk-on attitude and joined in a relief rally. The main indices were up over 3% with the rate-sensitive Nasdaq leading the way forward. AMC then was pulled along on this wave of renewed optimism, which bizarrely was spurred by the record low University of Michigan Sentiment reading. This led investors to believe the Fed hiking cycle would be shorter and less severe than anticipated and saw bond yields fall on Friday.

The latest blockbuster from Disney, "Lightyear" has failed to live up to expectations and has not generated the anticipated box office revenues that analysts were forecasting. This saw Disney (DIS) stock move lower earlier last week before Friday's rally. This naturally has knock-on effects for cinema stocks such as AMC and Cinemark (CINE), both of which also struggled earlier in the week. Next up is the turn of the Elvis movie from Baz Luhrman, which has gotten positive reviews. Tom Cruise's Top Gun: Maverick is still the top dog in town, closely being chased by a heap of Dinosaurs from Jurassic World Dominion. With Memorial Day now behind us and summer blockbuster season entering full swing, it will be key to the fortunes of AMC and other cinema stocks. AMC CEO Adam Aron was quick to "stick it" to critics who said the movie theatre was dead when tweeting that Top Gun: Maverick has passed $1 billion at the global box office with the hashtag #chokeonthat. 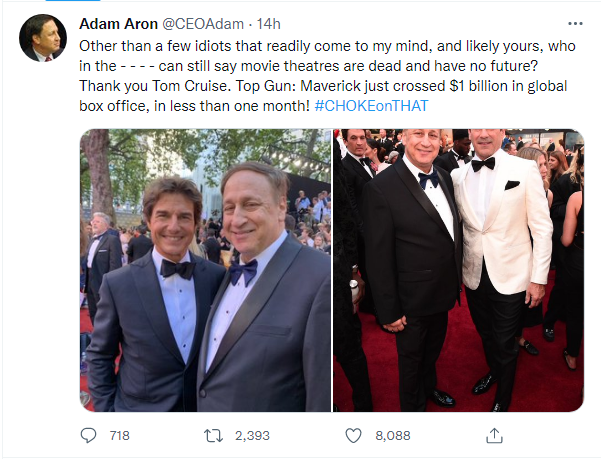 He has previously derided Wall Street for questioning the wisdom of his investment in gold miner Hycroft Mining (HYMC) and indeed pointed out that it has entered the Russell 3000 index while AMC is included in the Russell 1000. 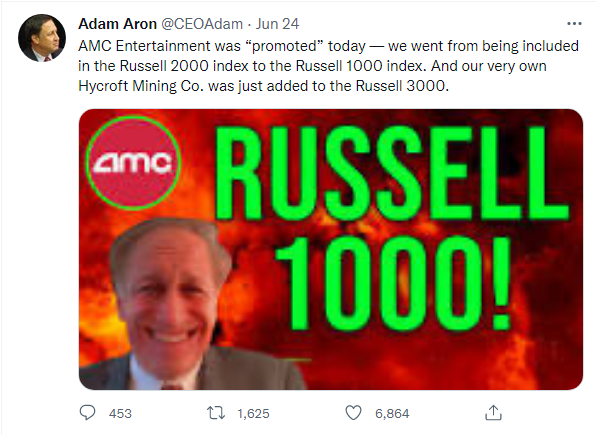 However, the bigger issue at hand here is the death of retail and the AMC apes. Recent data from Wall Street shows that last week we saw intensive selling from small accounts, which is taken to mean a retail capitulation. This has reduced the power and influence that retail traders are now having over the market and the so-called "AMC apes" do not have the same ability to influence the AMC stock price. AMC CEO Adam Aron has been a vocal fan of his new shareholder base on Twitter and again took to the social media network to thank them for the front-page article in the LA Times last week. 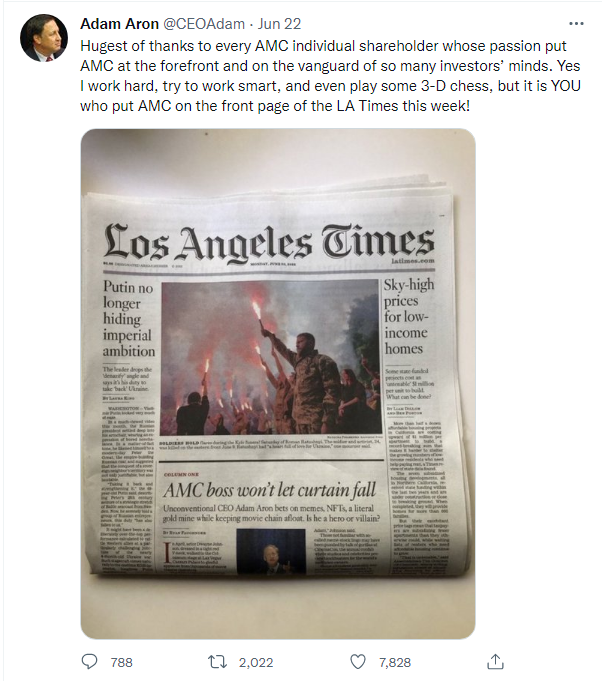 There is no denying the problems AMC will face if the economy slows and interest rates keep on rising. A large debt pile and deferred rents mean that refinancing will be more expensive. Revenues will need to remain elevated, and whether cinema attendance will be strong enough remains to be seen. Fundamentally, there are some grave issues here, and that is why AMC stock is -38% year to date and -78% over the past 12 months. If I was an AMC shareholder, that is what I would be focused on instead of crowing or sticking it to various supposed enemies of AMC. AMC shareholders may though be losing faith in CEO Aron as he recently lost a compensation vote despite it being nonbinding.

This week we would expect AMC to see inflows from investors positioning ahead of the Russell 1000 inclusion, which takes effect as of the close price this Friday. 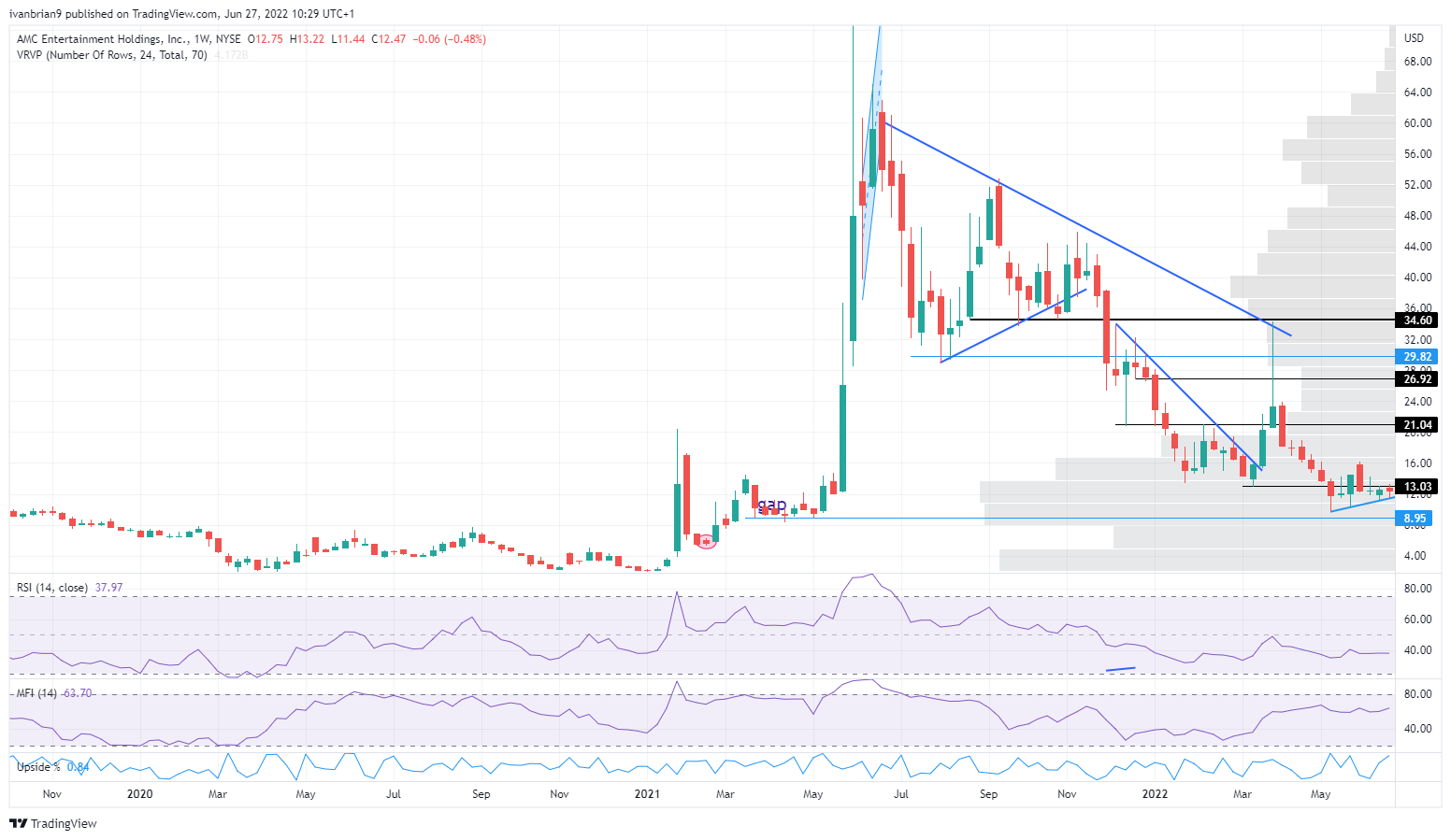 Gold retreats towards $1,785 key support ahead of US inflation

Gold price reverses the from the monthly top, snapping two-day uptrend, as the sellers attack the $1,790 mark during early Wednesday morning in Europe. Softer US inflation can join technical details to favor XAU/USD bulls targeting $1,805.