There is nothing like the first time – Moderna's encouraging vaccine news only had a short-lived impact on markets. Concerns about the current spread of coronavirus have taken over. However, optimism may return.

The pharmaceutical firm reported a whopping 94.5% efficacy rate in its COVID-19 immunization candidate, and also a higher storage temperature that would facilitate its distribution. Stocks jumped and the euro advanced, but not for long.

Perhaps one of the reasons for the lack of a significant impact on the euro is that the EU is relying on other efforts and has a limited agreement with Moderna. On the other hand, European Commission President Ursula von der Leyen announced a deal with CureVac, another company using the same mRNA approach applied by Pfizer, Moderna and others.

The markets' fresh mellow mood stems mostly from new restrictions imposed in the US. Calfornia, the largest state, hit the brakes on its reopening program, while Iowa, New Jersey and others also announced limitations. The seven-day rolling average of infections is at around 150,000 per day, and hospitalizations hit a new high of 73,000. 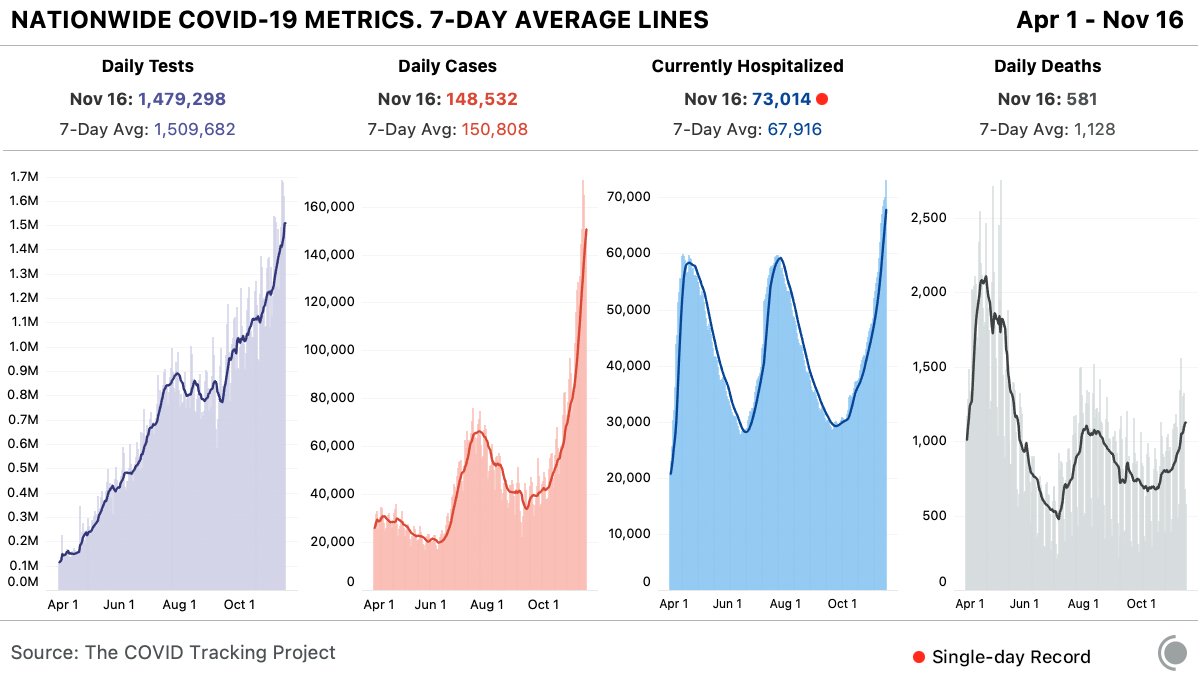 The old continent is also struggling. While the caseload in France has sharply fallen off the highs, Intensive Care Units remain under pressure. In Germany, Chancellor Angela Merkel continues seeking tougher restrictions after an initial meeting with regional leaders failed to yield an agreement.

Nevertheless, the question is not how will the world emerge from the covid crisis, but when. AstraZeneca, Johnson & Johnson, and others are set to provide preliminary results in the next few weeks, paving the way out.

In the shorter term, a speech from Jerome Powell, Chairman of the Federal Reserve, could provide a boost for EUR/USD. The world's most powerful central banker opened the door to more bond-buying in early November and may reiterate his call in a speech later in the day. That could weigh on the dollar.

Powell will also have the chance to respond to Retail Sales figures for October. Economists expect an increase of 0.5% in headline consumption, a more moderate pace than the jump of 1.9% reported in September. The lack of fiscal stimulus may have weighed on expenditure last month.

Another minor factor that could boost the common currency is Brexit. According to The Sun, Chief UK Negotiator David Frost said an agreement could come early next week. Both sides are trying to make progress ahead of an EU leaders' videoconference on Thursday. While the pound is the primary mover, the common currency would also benefit from calm. The election of Joe Biden as US President could push Britain to strike a deal.

All in all, fundamentals are pointing higher.

Euro/dollar is trading with an upwards parallel channel in the past week and benefits from upside momentum on the four-hour chart. It is also holding above the 50, 100 and 200 Simple Moving Averages, another bullish sign.