The bears were at it overnight and dishevelled the cross all the way towards a 61.85 Fibonacci retracement area on the daily chart. This was an outcome of the Reserve Bank of New Zealand meeting that disappointed the bulls that were in anticipation of a 50bs rate hike. Instead, the central bank delivered a 25bp hike and the kiwi subsequently collapsed.

The following was the prior analysis before the event that is followed by the aftermath and the prospects for a continuation to the downside in both NZDPY and NZD/USD, but not for a correction.

As illustrated, the price was on the cups of a continuation towards the horizontal support near 79 the figure.

There is still some way to go yet, but the foundations have been laid as the price well and truly breaks down the barriers of the 50% mean reversion area near 79.60. However, we now move into a quiet spell given the US holiday-thin markets.

A period of consolidation that could well lead to a positive correction in the kiwi would likely see the cross move in on the 79.80s being the old closes of the prior candles:

However, that is not to say the price cannot continue lower before such a considerable correction. But looking to the NZD/USD chart, the kiwi does look to be oversold and too in need of a correction:

Gold retreats below $1,840, markets gear up for Fed policy decisions

Gold spent the first part of the day moving sideways in a tight range below $1,850 but came under renewed bearish pressure during the American trading hours. With the dollar holding its ground ahead of Fed's policy announcements, XAU/USD trades below $1,840.

BTC generated a significant amount of buying during the early NY trading session, pushing higher by more than 5%. Likewise, ETH has rallied over 24% from the weekly lows. XRP continues to lag BTC and ETH in performance, but a rally of its own is likely to develop very soon. 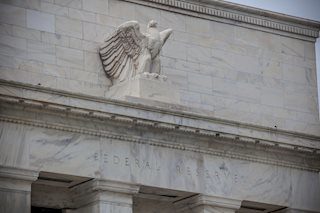