Bitcoin (BTC) price is popping higher this Tuesday morning in the ASIA PAC session as Chinese markets spurt higher. After the social unrest over the weekend and on Monday, markets are taking a 180-degree turn as the Chinese government comes with more easing policy guidance and commits to speed up the vaccination rate. On the back of these measures, markets are rallying as another supply chain glut is to be avoided, and inflation forces should decrease a bit further, triggering a rally in BTC that could continue into Christmas.

Bitcoin price performs a technical bullish pop as support returns at $16,020 on Monday, pushing price action back up. Currently, the red descending trend line is breaking with bulls piercing through it. If this move gets some follow-through and trade further away from that trend line, expect to see a higher-stretched rally.

BTC thus has been underpinned, and with the systemic risk out of China that another supply chain glut is being avoided overnight a sudden soft patch is opening up with room for several rallies. Expect to see some choppiness toward $17,000 at the monthly S2 support level that will currently act as resistance. Once that has been thrown over and drafted back as a bullish element, the rally could continue toward $19,036 with the monthly S1, the 55-day Simple Moving Average (SMA) and the high of November 21 as pivotal levels that bear a 17% gain . 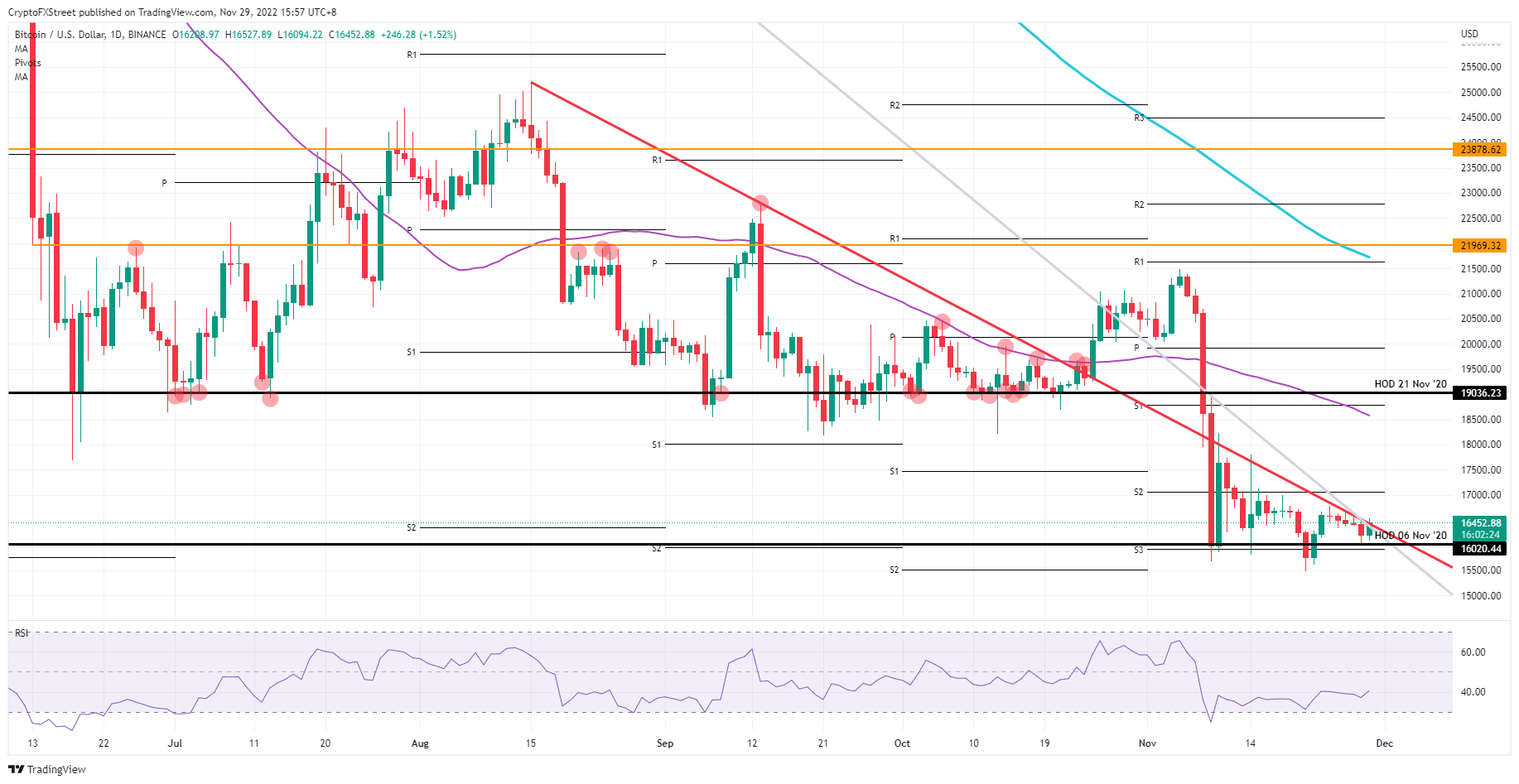 Risk to the downside still comes with the expected default of BlockFi in the aftermath of the FTX implosion. As the dominoes continue to fall, the distrust between the different stakeholders in the cryptocurrency industry is growing. A break and retest at $15,500 would not be unthinkable on the back of that.