Being three weeks removed from the FTX collapse, Bitcoin BTC ↓ $16,207  analysts are combing through data to decipher whether more selling will continue or if a bear market floor has been reached.

One thing miners, short-term and long-term holders have in common is they are losing in the Bitcoin market right now.

According to on-chain analysis from Glassnode, the scale of both realized and unrealized losses amongst Bitcoin holders is one of the heaviest capitulation events in BTC’s history. Capitulation is hindering all groups from the increasing number of bankruptcies and dwindling miner revenue.

November recorded $10.8 billion in 7-day realized losses for Bitcoin. The largest recorded realized loss in Bitcoin’s history is June 2022 when $19.8 billion was recorded. Such losses show that a large volume of Bitcoin has changed hands at discounted prices. 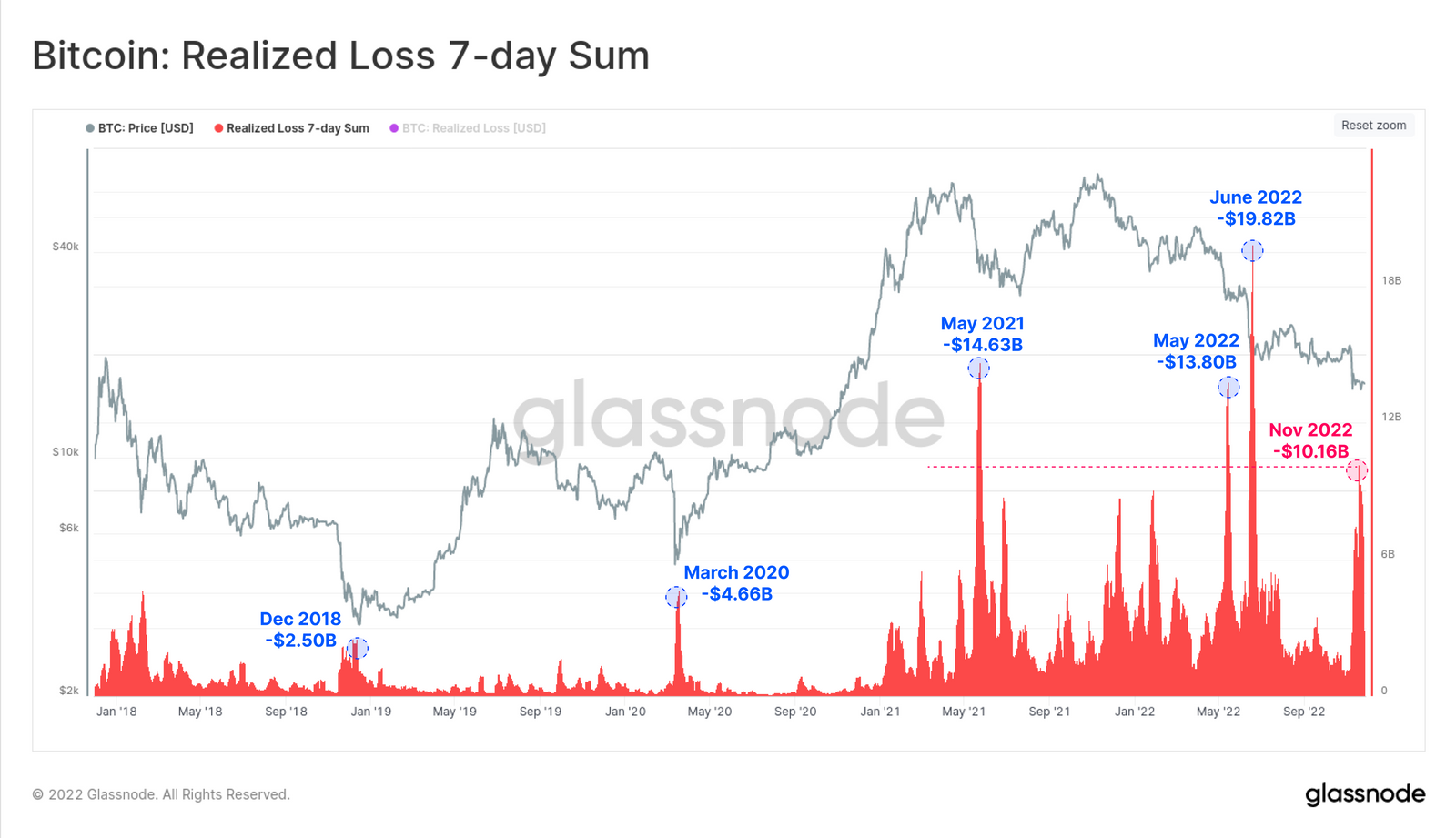 According to Glassnode analysts:

This metric has recently peaked at 56%, which is the highest for this cycle, and comparable to prior bear market floors. 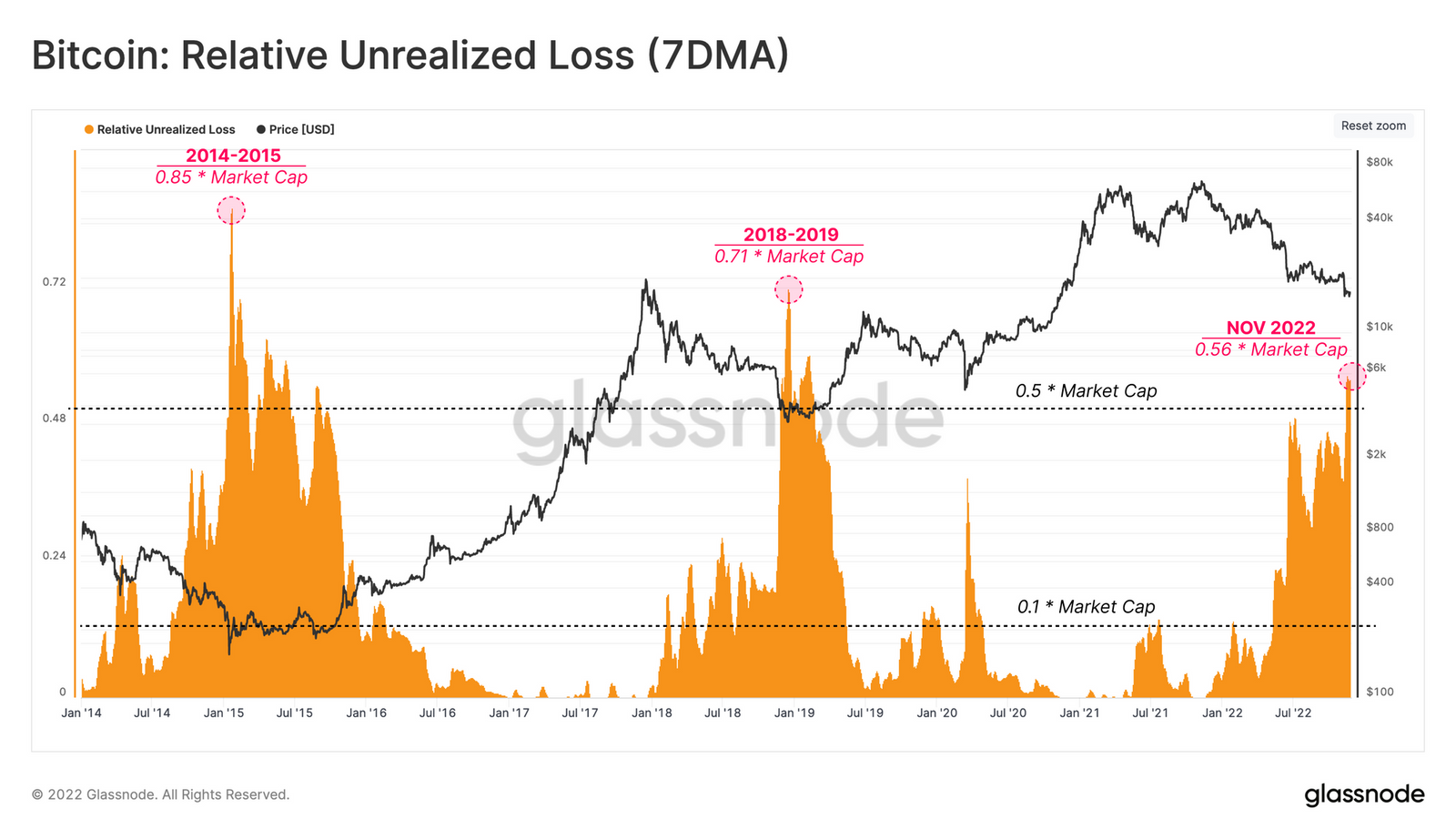 Bitcoin investors are not the only group capitulating in the current market. Bitcoin miners are struggling to remain profitable with the depressed prices.

There it is. Hash Ribbon miner capitulation confirmed. Triggered by the $10B FTX fraud and subsequent collapse, Bitcoin miners are now going bust and Hash Rate is trending down. pic.twitter.com/TorX7PzrNu

Since Bitcoin miners are under pressure to remain financially viable, this affects the BTC mining hash rate. A reduction in Bitcoin’s hash rate slows down BTC transactions. According to HashRate Index, block times reached over 11 minutes.

Block times are sluggish as a result: 11 minutes and 12 seconds on average this epochhttps://t.co/JN7OmpJ8X0 pic.twitter.com/ckxqEqOGqX

Despite the current challenges, analysts believe that capitulation is healthy for starting the next bull run. Glassnode notes:

One consistent event which motivates the transition from a bear back towards a bull market is the dramatic realization of losses, as investors give up and capitulate at scale.

With so many groups currently at a loss at this stage of the bear market post-FTX collapse, Bitcoin and overall market sentiment will need to improve to spur new money to drive a bull run. Without improved sentiment, the capitulation may not match previous Bitcoin cycles.