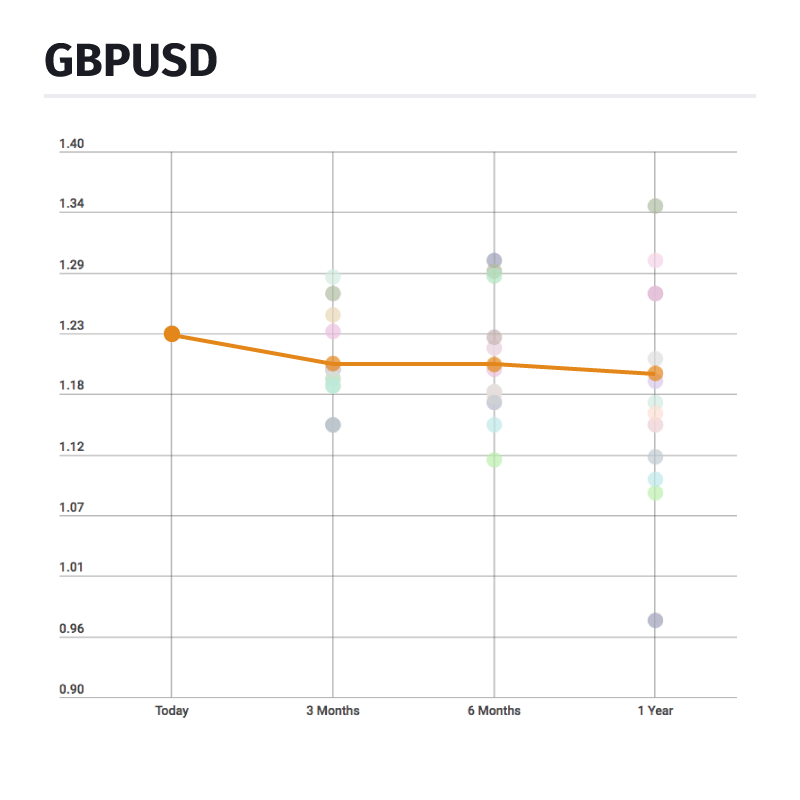 Haresh Menghani: "Extended uncertainty over the Brexit negotiation process and possibilities of second Scottish independence referendum leaves the pair vulnerable to continue with its weakening trend"

Markus Gabel: "Fell so deep and has a lot of space for rebound"

Przemyslaw Kwiecien: "We hold our view that the UK economy will do better than has been generally assume. However it may take a turnaround on the USD dollar to lift the cable higher"

David Cheetham: "Further weakness in the pound as Brexit negotiations wrangle on. USD continues to rise on continuation of recent moves"

Lukman Otunuga: "The ongoing Brexit woes have dented investor attraction towards the Sterling. Pound weakness should remain a dominant theme in 2017 with sellers exploiting the technical bounces to send prices lower. The floodgates could be broken below 1.2200"

Thomas Light: "It's all about the 'B' word of course though Europe will be preoccupied with elections whilst Britons will keep calm and carry on…"

Yohay Elam: "The pound could suffer Brexit pressure throughout the year, when reality begins biting, something that hasn't happened so far"