ICON price set up three higher highs since September 6, indicating a gradual but bullish outlook. However, during the same period, the relative strength index (RSI) formed lower highs. This development is referred to as bearish divergence and often leads to a correction. Considering how ICX  has more than doubled since September 7, this correction would seem obvious. However, a confirmation of the bearish outlook will arrive after ICON price produces a decisive 12-hour candlestick close below the $1.995 support floor.

Such a move is likely to trigger a 20% downswing to the $1.607 foothold. The bulls can try to make a comeback here, but failing to do so coupled with an increased selling pressure might exacerbate the crash and push ICX down to $1.393. 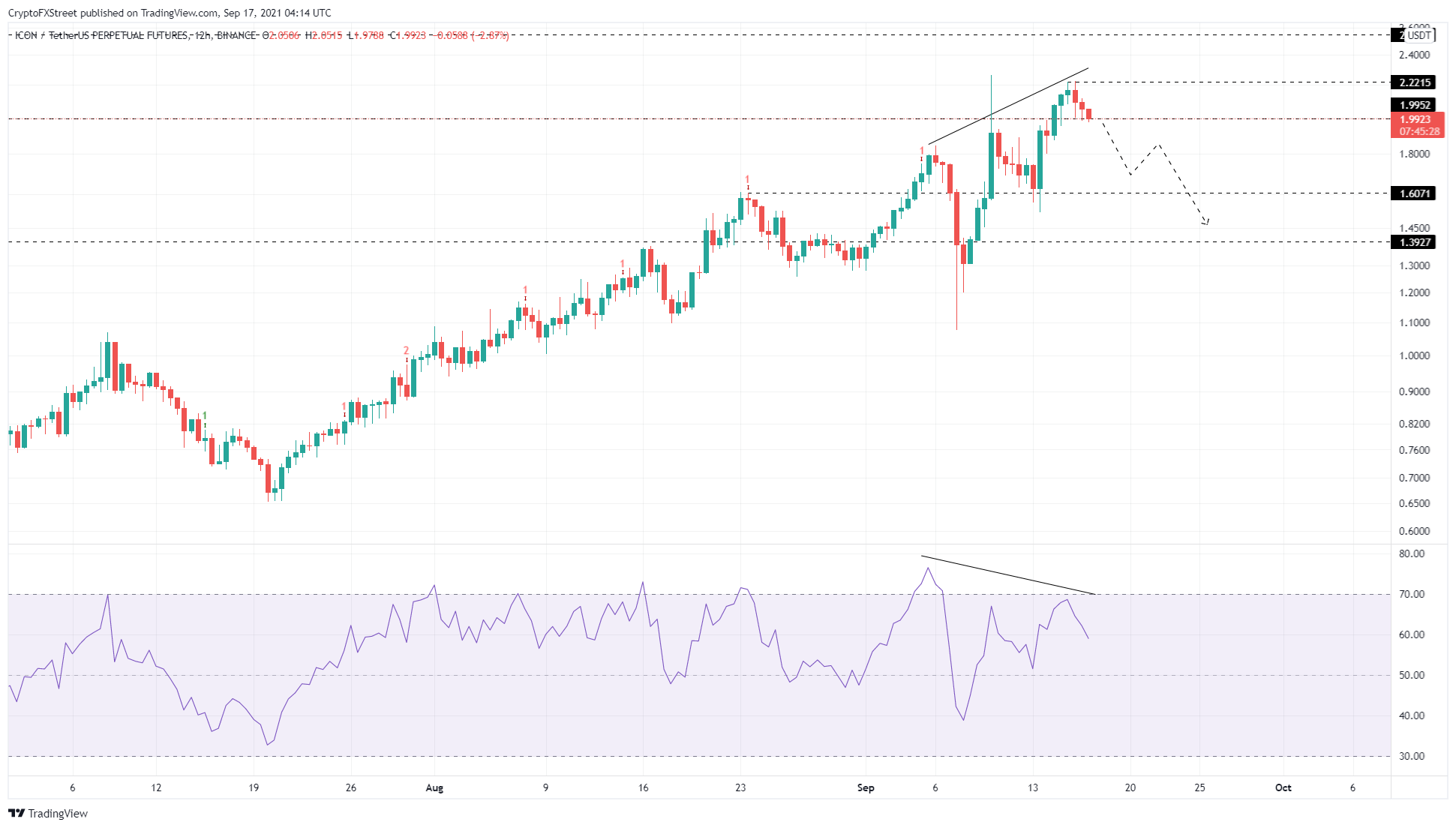 On the other hand, if ICON price bounces off the $1.995 support barrier, it will indicate that the buyers are forcing the bears’ hand. In such a case, the bulls need to muster the strength to produce a convincing 12-hour candlestick close above $2.215 to set up a higher high. This development has a higher chance of invalidating the bearish thesis.