The European Central Bank (ECB) is scheduled to announce its monetary policy decision this Thursday at 11:45 GMT. The ECB adjusted the inflation target to a symmetric 2% at the conclusion of the strategy review earlier this month. Moreover, ECB President Christine Lagarde hinted at a change to the central bank's guidance last week, making this week's meeting very important. While the ECB is widely expected to keep its monetary policy settings unchanged, the market focus will be on any significant changes in the forward guidance.

As analysts at Deutsche Bank explain: “We expect some changes to forward guidance and communications around the new average inflation targeting unveiled earlier this month. So an interesting first event in a brave new world/same old world (delete according to your view) for the ECB after their review.”

How could it affect EUR/USD?

Given the disagreement among members over the monetary policy outlook and the pandemic-related risk, market participants expect a dovish tilt in the statement. This should be enough to prompt some fresh selling around the shared currency and force the EUR/USD pair to prolong its recent downward trajectory witnessed over the past two months or so.

Meanwhile, Yohay Elam, FXStreet's own analyst, offered a brief technical outlook for the EUR/USD pair: “Euro/dollar has been setting lower lows and lower highs – a downtrend. It is still suffering from downside momentum on the four-hour chart and trades below the 50, 100 and 200 Simple Moving Averages. Moreover, the Relative Strength Index (RSI) is balanced, maintaining a significant distance from oversold conditions. Overall, there is room for falls.”

•  ECB Preview: Three reasons why Lagarde could hit the euro when it is down

•  EUR/USD Forecast: Will Lagarde trigger next leg lower? Where things stand ahead of the ECB

About the ECB interest rate decision

EUR/USD approaches 1.1850 after the Fed said it would discuss tapering bond buys in coming meetings, seemingly in no rush to print fewer dollars. Fed Chair Powell said "substantial further progress is still "a ways off."

GBP/USD hits 1.39 after the Fed refrains from significant moves

GBP/USD is trading around 1.39 as the dollar retreats following the Fed decision. The bank seems to be in no rush to taper its bond-buying scheme. UK covid cases rose after seven days of falls.

Gold prices are steady at critical daily support post-Fed statement. A benign statement has left markets at a standstill, awaiting Fed's chair presser. The two-day Federal Open Market Committee meeting has drawn to a close this afternoon and the statement has been released.

A brief technical and on-chain analysis on MATIC price. Here, FXStreet's analysts evaluate where Polygon could be heading next as it seems bound for higher highs.

Inflation, the chip shortage and Delta are peaking, what it means for markets and the dollar 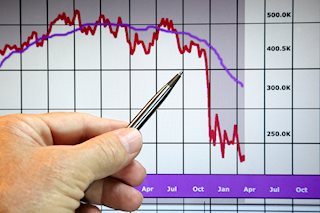 Prices of used cars seem to have peaked, at least at the wholesale level. Optimism about alleviating the global chip shortage may push prices of many goods lower. Seven days of falls in British covid cases shows the potential to curb the highly transmissible Delta variant.