The UK docket has the August month GDP data publication this Wednesday alongside the releases of the Kingdom’s Trade Balance and Industrial Production, all of which will drop parallelly at 0630 GMT.

On an annualized basis, the industrial production for Aug is expected to have dropped to 3.0% versus 3.8% previous while the manufacturing output is seen steady at 6% in the reported month.

Separately, the UK goods trade balance will be reported at the same time and is expected to show a deficit of £12.00 billion in Aug vs. the £12.7 billion deficit reported in July. 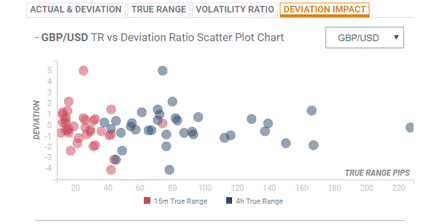 At the press time, the GBP/USD is consolidating its bounce above 1.3600, as the US dollar retreats across the board. The cable remains divided between the hawkish BOE turn and rising Brexit concerns. All eyes remain on the critical UK and US macro releases due later this Wednesday.

Let’s take a look at the key technical levels for trading GBP/USD on the data releases. The pair faces immediate resistance at Tuesday’s high of 1.3638, above which the 1.3650 psychological barrier could be put to test. Further up, the two-week tops of 1.3675 will challenge the bearish commitments.

Alternatively, if the downside resumes, the GBP bears could target the 10-DMA at 1.3586. The next relevant support is seen at the multi-day troughs of 1.3569. The October 6 lows of 1.3543 could be the last line of defense for the cable optimists.