Here is what you need to know on Thursday, April 14:

Earnings season continues with some ramping up in the financials space on Thursday. Goldman Sachs (GS) and Morgan Stanley (MS) both boom it as trading desks love volatility while Wells Fargo underperforms. In perhaps a sign of things to come Wells Fargo missed due to a fall in mortgage lending. With rates going ever higher this looks set to continue. Next up is Citi (C) which is due out imminently. Over to Central Banks now and the ECB let down traders banking on a more hawkish tilt as it proposed to end its bond-buying in Q3 and so no rate rises are likely until Q4.

RiteAid (RAD) misses on EPS but revenue ahead of estimates. 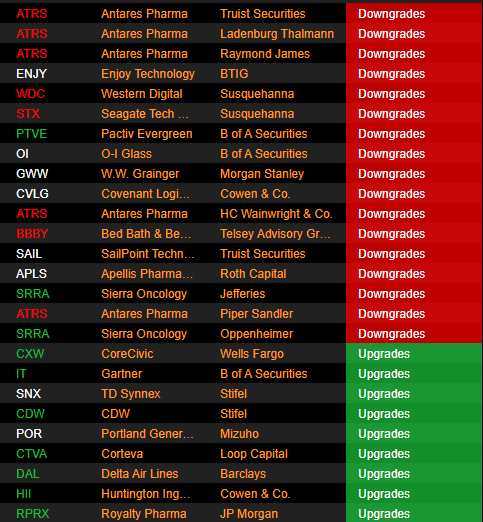 The author is short Tesla