The USD/CAD extends its losses to two consecutive days, bolstered by rising US crude oil prices, which benefits the Canadian dollar, a headwind for the USD/CAD. At around 1.2875, the USD/CAD reached a fresh two-week low on Monday.

Sentiment remains negative after Wall Street’s finished with minimal losses. Portfolio rebalancing, amongst news of Russia’s default, dragged equities lower. In the meantime, the Loonie benefitted from WTIs extended recovery, with the US crude oil benchmark clinging to the $109.90s area after reaching a weekly high of around $110.22 per barrel.

Over the weekend, the Canadian Finance Minister Chrystia Freeland said the economy still has a path to a “soft landing,” where it could stabilize economically after the blow of the COVID-19 pandemic without facing a severe recession that many fear.

In the meantime, US economic data, which market participants mainly ignored, US Durable Good Orders surprised to the upside, rising 0.7% MoM, higher than the 0.1% estimations. Additionally, US Pending Home Sales rose in May by 0.7% MoM, smashing the expectations of a -3.9% contraction, as mortgage applications remain down weighed by higher mortgage rates, spurred by the US Federal Reserve tightening cycle.

In the week ahead, the Canadian docket will feature the GDP on Thursday. Markets anticipate further monetary policy tightening at the Bank of Canada’s July 13 meeting after June’s 50 basis point increase.

On the US front, the docket will feature CB Consumer Confidence for June, estimated at 100.4, less than May’s 106.4. that alongside Wholesale inventories, Trade Balance, Regional Fed Indices reports, and Fed speakers. 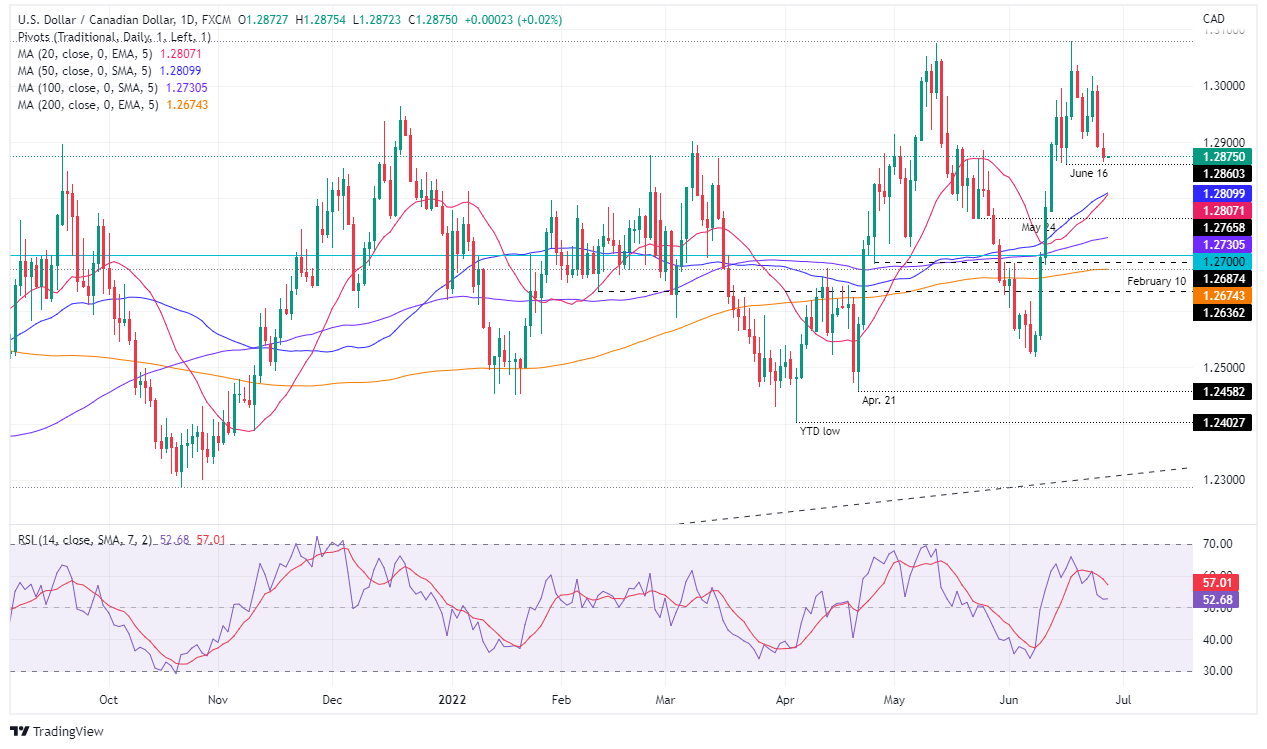