Tesla stock is high beta as we have mentioned before. What this means is it moves more than the underlying index of which it is a member – in this case, the S&P 500. Tesla proved its point yesterday with a fall of nearly 4%, while the S&P 500 Index was down less than 2% by comparison. When the rally comes though, if it comes, Tesla should outperform on the way up. Is it time to wade in and buy this dip in that case? Some signs are positive, such as the lack of a lower low. Tesla just about held onto a small bullish sentiment by not breaking the most recent low at $708.85. Yesterday's low was $718.62. The stock rallied over $10 into the close as some bargain hunters entered the fray. The stock has been outperforming the broad market lately and this despite some headlines about Cathy Wood selling shares in her ARK funds. The amounts are small, but it still does not read well that one of the biggest bulls is selling.

Monday's move is ugly on the chart and puts the recent strength into question, but we can see at least that we set a higher high, so the trend remains in place even if it is weak. Stocks trading below the 9 and 21-day moving averages are not ones that we would be bullish on in the short term. That does not mean there are no opportunities. We would be tempted to buy a break of $740 as that erases most of the loss from yesterday and gets the stock back above the 9-day moving average. Retracing to $740 only gets the stock back to neutral. Better to see a break of $760 before the bulls return in our view. Failure to break $760 means a lower low and so the start of a bearish trend. Breaking below $708 would then confirm this new trend.

FXStreet View: Bearish below $708, neutral now unless the stock breaks $740 but not strongly bullish until $760. 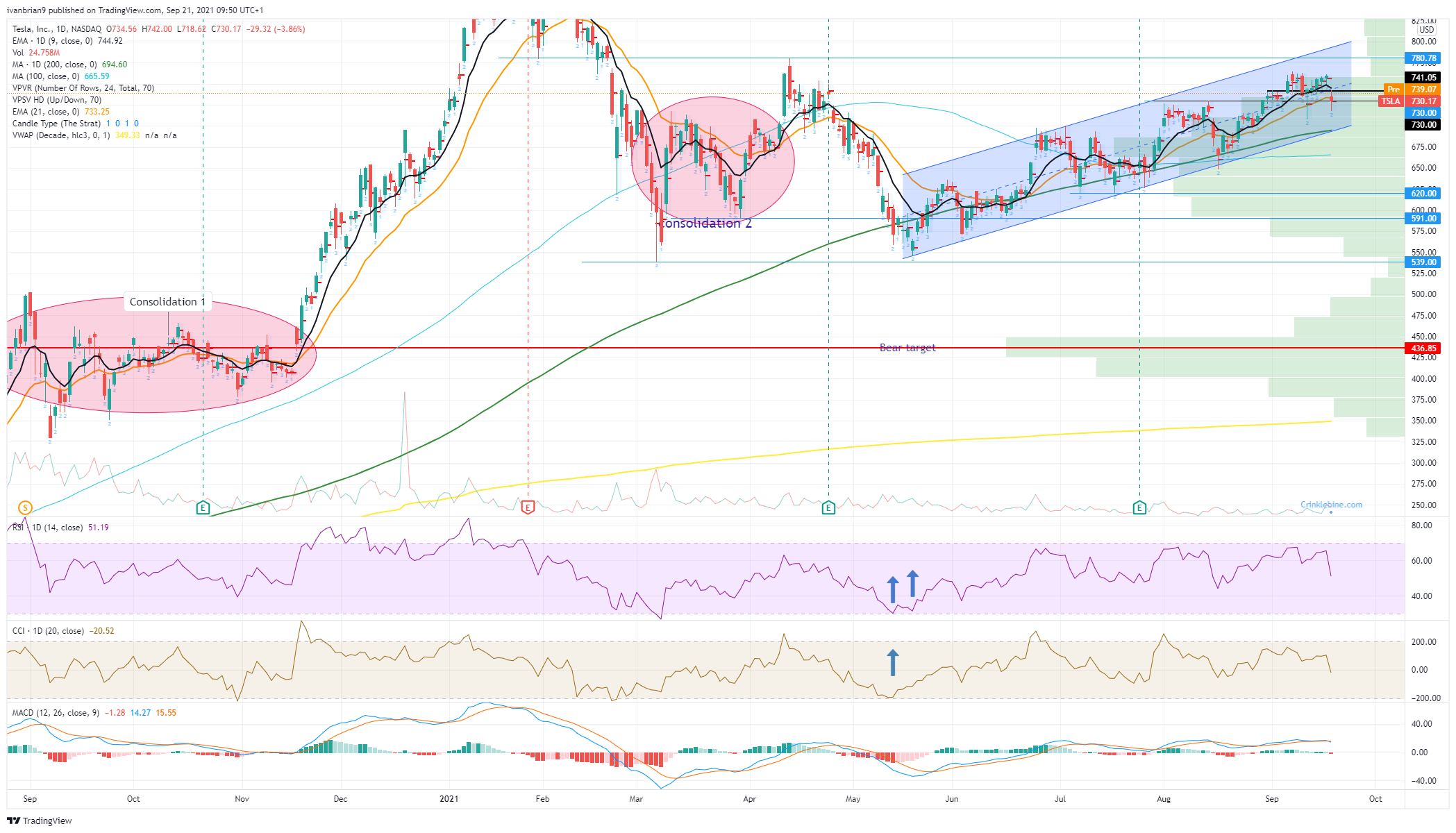