Tesla's (TSLA) stock price has finally pushed higher in a series of steady and sure moves. We had nearly given up on our bullish call with Tesla stock as it kept struggling around the $800 level. Eventually, it did the job though, proving once again the old adage that the more times a level is tested, the more likely it is to eventually break. The catalyst was the close above $800 on Tuesday when Tesla closed at $805.

Our call on Monday: "Give the stock one last chance and stick with our bullish call so long as Tesla stock remained above $781." This it did, and by Tuesday we had the confirmation and our call has worked out nicely since.

The most significant piece of current news flow is a price target increase from US investment bank Jefferies, which raises the price target for Tesla to $950 from $850, a nice even $100 raise there. Jefferies raises the volume estimates for Tesla in 2022-2023 to 1.3-1.7 million units. Tesla will release Q3 results next Wednesday, October 20. Analysts expect earnings per share (EPS) of  $1.49 on revenue of $13.37 billion. The results are after the market closes.

We stuck with our bullish call when Tesla shares were struggling to hold above $800 and have been rewarded. We remain bullish on the stock in the short term, but we need to keep an eye on some important factors. First, the Relative Strength Index (RSI) is showing as overbought now for Tesla. The last time it did this was back in January when it topped out at an all-time high. So a bit worrying. Also, Tesla is approaching the top of our trend channel, which has been working so well since May. However we remain bullish, because the trend is clearly up, Tesla is above the 9-day moving average and the Moving Average Convergence Divergence (MACD) has moved into a bullish signal. We would however be using a trailing stop or perhaps take some longs off the table ahead of next week's earnings. How much of the good news is priced in and how will the market react if Tesla mentions chip issues or supply chain problems? This is another concern. If Tesla gets to $850, there is decent volume resistance at that level. 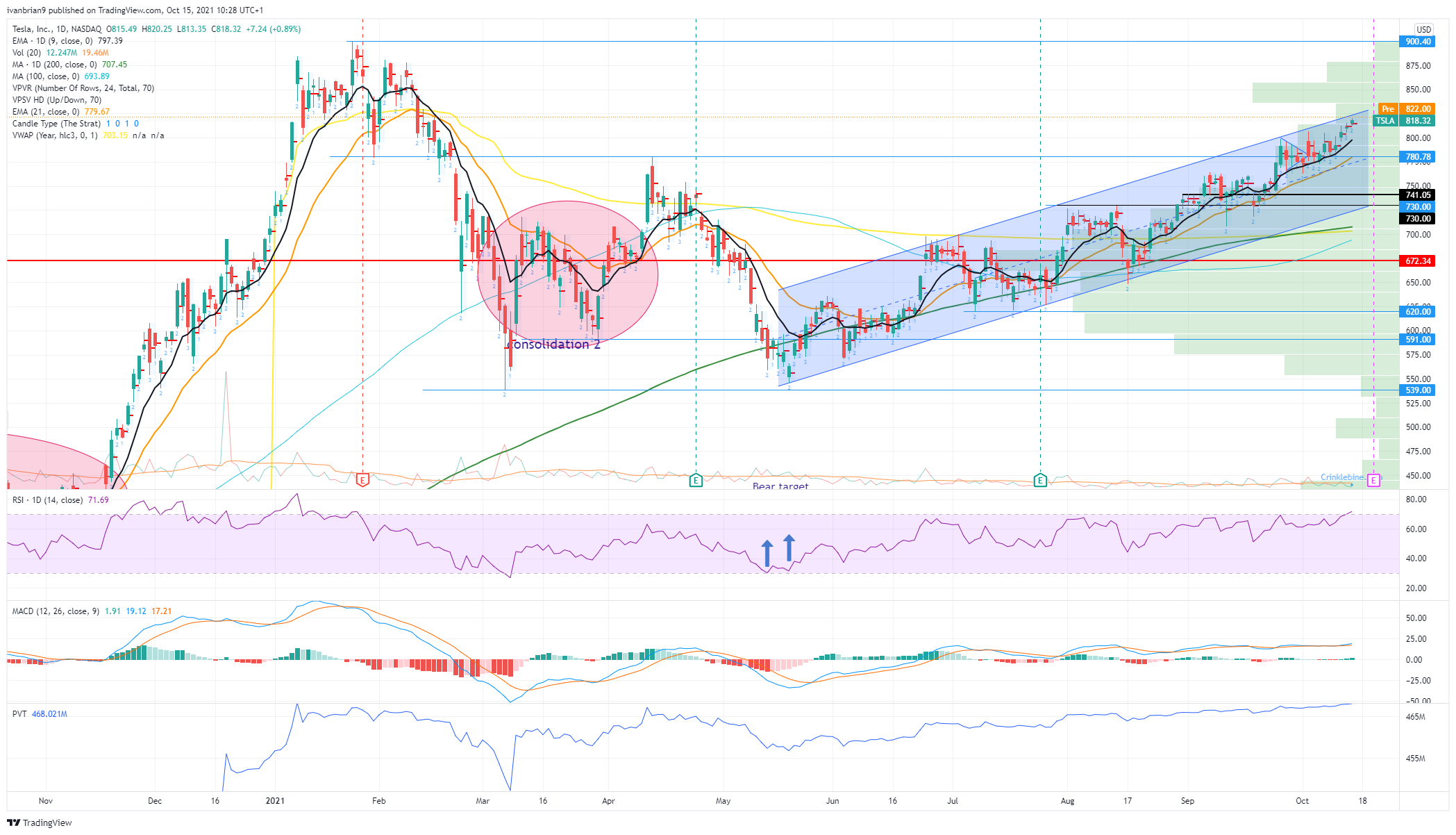