Tesla's (TSLA) stock fell on Thursday as more job loss news hit sentiment on the name and the broad equity market remained nervous ahead of upcoming earnings. Tesla will report its earnings on July 20, but delivery data is due probably on Friday, which will be keenly watched by investors as that dictates quarterly revenue. We remain negative on the stock and have a $400 price target based on our deep-dive research into Tesla, which you can read here. We went through some detailed valuation methods using cash flow and P/E comparisons. As a result, your author is short Tesla. You may call this bias, but I call it putting your money where your mouth is!

Elon Musk said he had a "super bad feeling" about the economy recently, and it appears he is following through on that feeling as Tesla reduces some areas of operations resulting in job losses. Tesla has closed its factory in San Mateo, California, and this has resulted in 200 job losses for workers who were mainly focusing on autopilot systems. Tesla has also planned to cut the salaried workforce by about 10%, according to reports earlier this month. 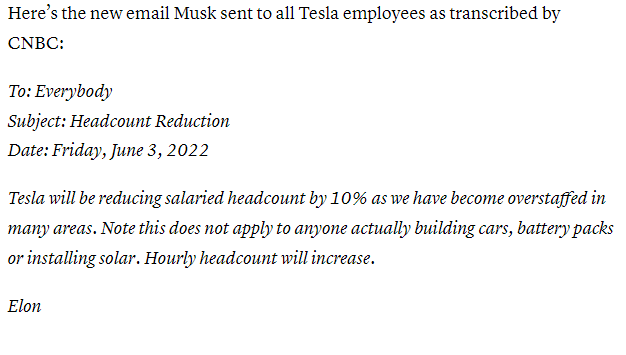 This week Wall Street has taken the knife to Tesla delivery estimates, which we expect to get on Friday. Mizuho wrote to clients: “We have conservatively lowered [second quarter] EV unit delivery estimates for [Tesla] (NASDAQ: TSLA), [Rivian] (NASDAQ:RIVN), and Nio Inc. (NYSE:NIO), given Shanghai shutdowns and supply chain constraints.”

Citi lowered EPS estimates by approximately 2% for 2022 based on Shanghai lockdowns.

Deutsche Bank chipped in with its downgrade for delivery numbers: “We cut our 2Q deliveries estimate by 65k to 245k units, reflecting a prolonged Covid-19-related shutdown and logistical challenges in the Shanghai factory.” Last week Morgan Stanley lowered its price target from $1,300 to $1,200, still pretty bullish though! Wall Street delivery estimates are at a 270K consensus for the quarter.

Wedbush's Daniel Ives reckons anything over 260K will be taken as a positive by Wall Street.

On an apples-to-apples basis when factoring in the Giga Shanghai shutdown, we believe the line in the sand for deliveries is roughly 250k globally with anything above 260k viewed positively by the Street. We believe Model Y/3 units in the 240k/245k as "good enough" by the Street

He clarified that he remains firmly bullish with a $1,000 price target.

$620 is the key level for TSLA stock, and with the imminent delivery report this Friday or over the weekend, action is likely to be limited until it comes out. That should then give the underlying direction until earnings in a few weeks. Breaking $620 confirms the recent weakness, and only getting above $800 ends it technically.

There is a notable volume gap from $600 to $500, which could prove volatile for Tesla stock. Ultimately our bear target near $434 back in August to November of 2020 remains our base case. Above $800, we flip! 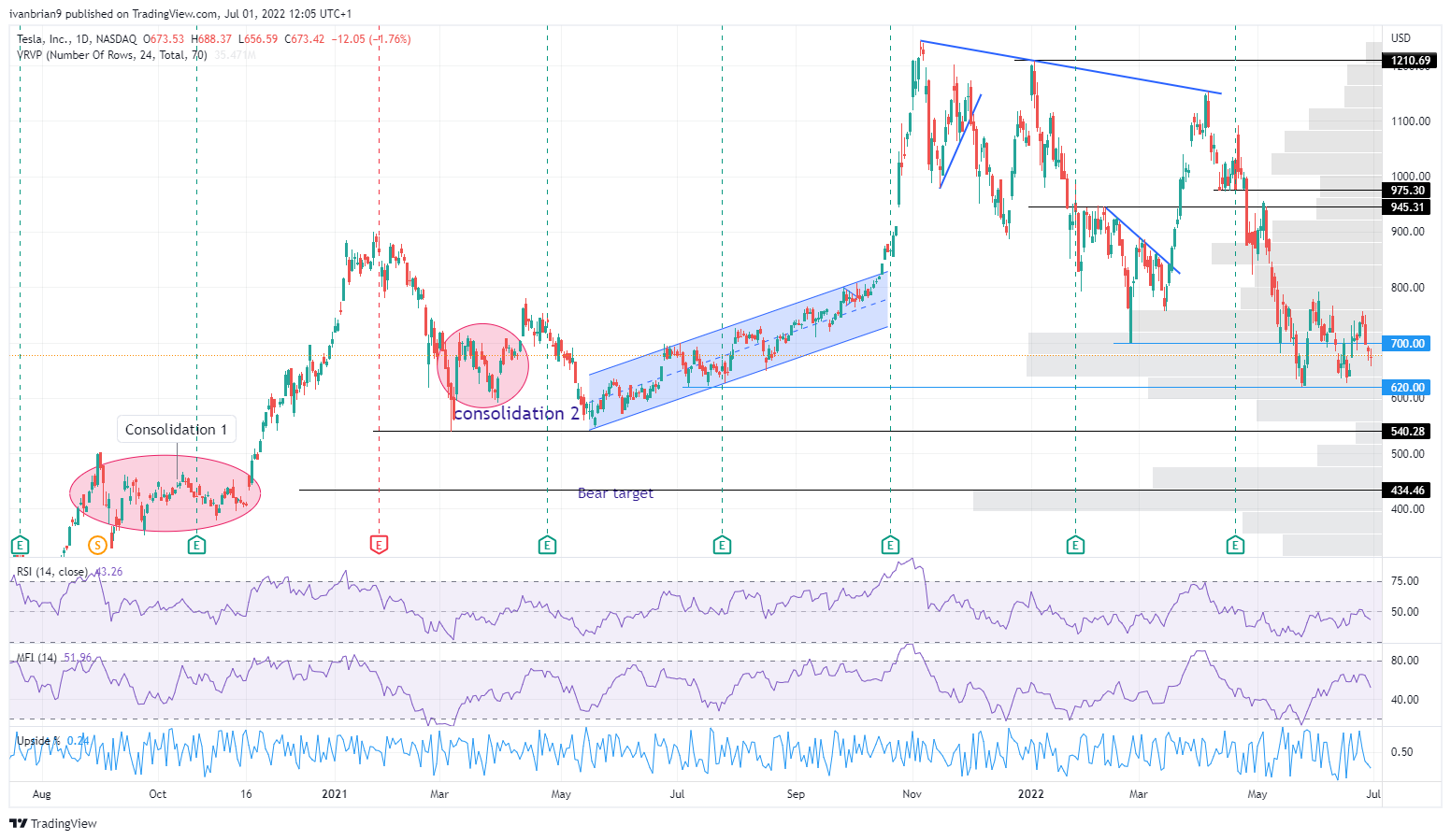