Equity markets continued to retreat on Tuesday as investors continued to climb the worry wall ahead of the Fed decision next week. Oil fell, and that dragged oil stocks lower with the XLE and XOP both falling nearly 3%. JETS again outperformed as it closed flat on the strong slide of oil prices. The CEOs of major banks were overall surprised at the resilience of the US economy and consumers but cautioned that trouble lay ahead. Defensives again outperformed with consumer staples down 0.6% and healthcare also down slightly.

China again is making all the right noises as it looks to reopen its economy, but that trade is now nearing the end of its life, and the oil price is a sure sign of that. The US Dollar held most of its earlier gains, but volatility was more sedate. On Wednesday morning European equities are lower with little data to fall back on. Eurozone GDP was revised up, but the Euro and equities took little notice as this trade dominated. Oil tested lower, but so far looks to hold $73.

There was a beautiful rejection of the trendline that was then followed up with a crack below the 200-day moving average. The S&P 500 has traveled back to the level we identified at 3,946. This is now the pivot, and some chop is inevitable. The possibility of a move to 3,900 is highlighted. The bias remains sideways with a slight negative tilt for the rest of the week, but most of the expected retracement has already happened. For Wednesday my expectation is an early test lower and the possibility of a choppy move higher. 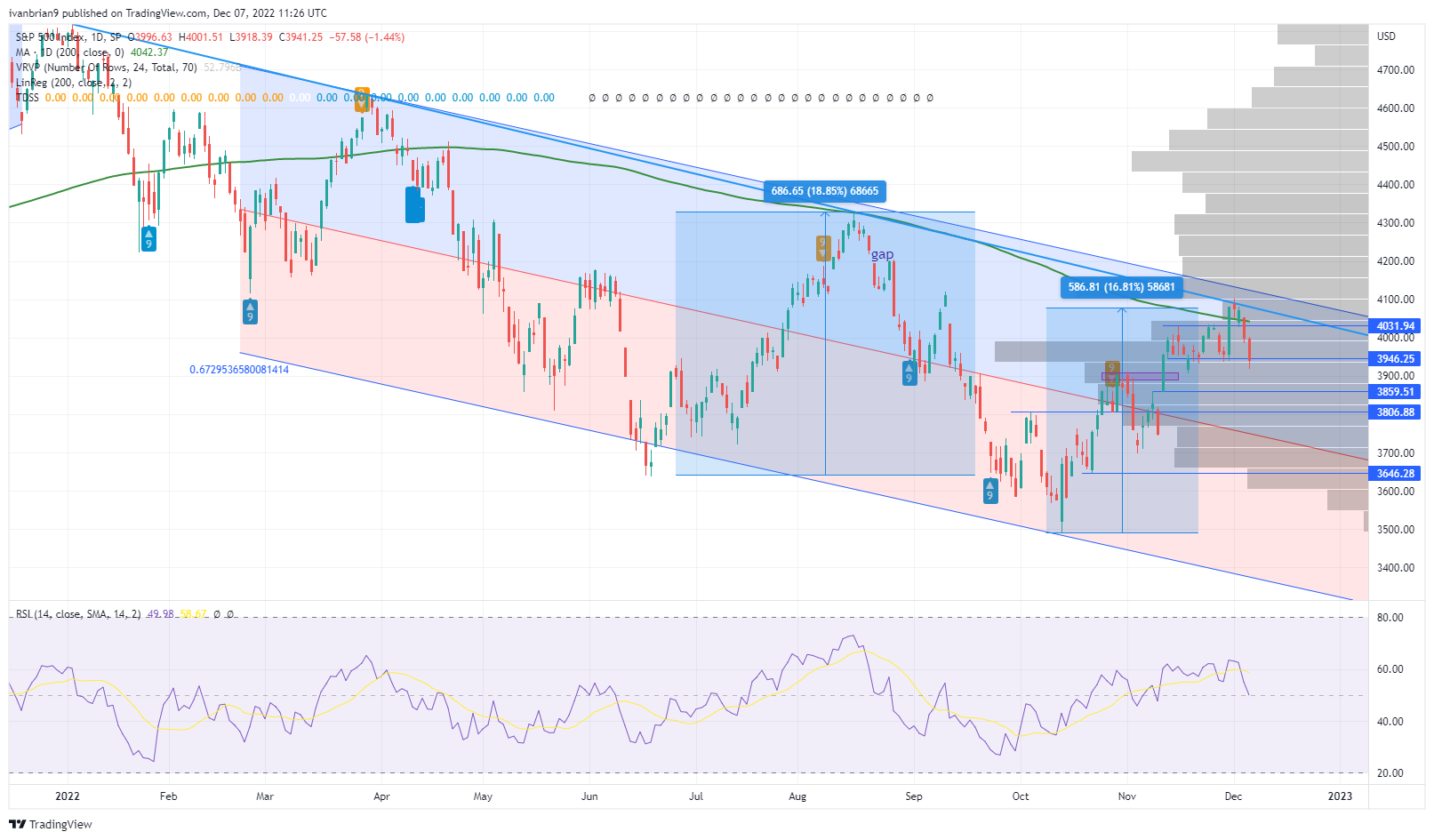