Rivian (RIVN) kept the losses to a minimum on Tuesday despite some more panic selling spreading across equity markets. This time it was friendly fire from Fed Chair Powell that did the trick as he persisted with the taper talk though acknowledged inflation as being more permanent than first thought. If you can make sense of that, you are one up on me, but the Fed appears to have finally woken up to the inflation genie in the room and is now trying to put it back in the bottle. Too late most likely, and equities dumped.

Rivian, however, had withstood recent volatility and sell-offs quite well. Last Friday the stock only fell 2.3% as equity markets plunged over 4% on Omicron fears. It swiftly recovered on Monday, up nearly 7%, and yesterday the stock was more or less flat while indices fell nearly 2%. Rivian stock finished flat on Tuesday at $119.76.

When a stock goes up on good news but holds steady on bad news we have to take that as a positive sign, so we expect more gains to come. RIVN is a momentum name. Value investors keep away.

Of course, what would a retail momentum name be without a bit of wild speculation? Twitter lit up on Tuesday with reports that Rivian was about to ramp up production. Of course, there was no news from the company on this, and we note by contrast the last news we had was that deliveries were being delayed until March 2022.

From the chart $120 is still holding firm as resistance. If this breaks, expect a move to $130 as the next heavy volume resistance level. The Volume-Weighted Average Price (VWAP) since IPO is also around that level, further demonstrating its volume-based resistance. Above $135 things start to open up, and volume resistance dries up. Failure at $120 is ok. It is not until below $108 that volume weakens and hence so does support. A break of $108 will likely see a quick move to $100. 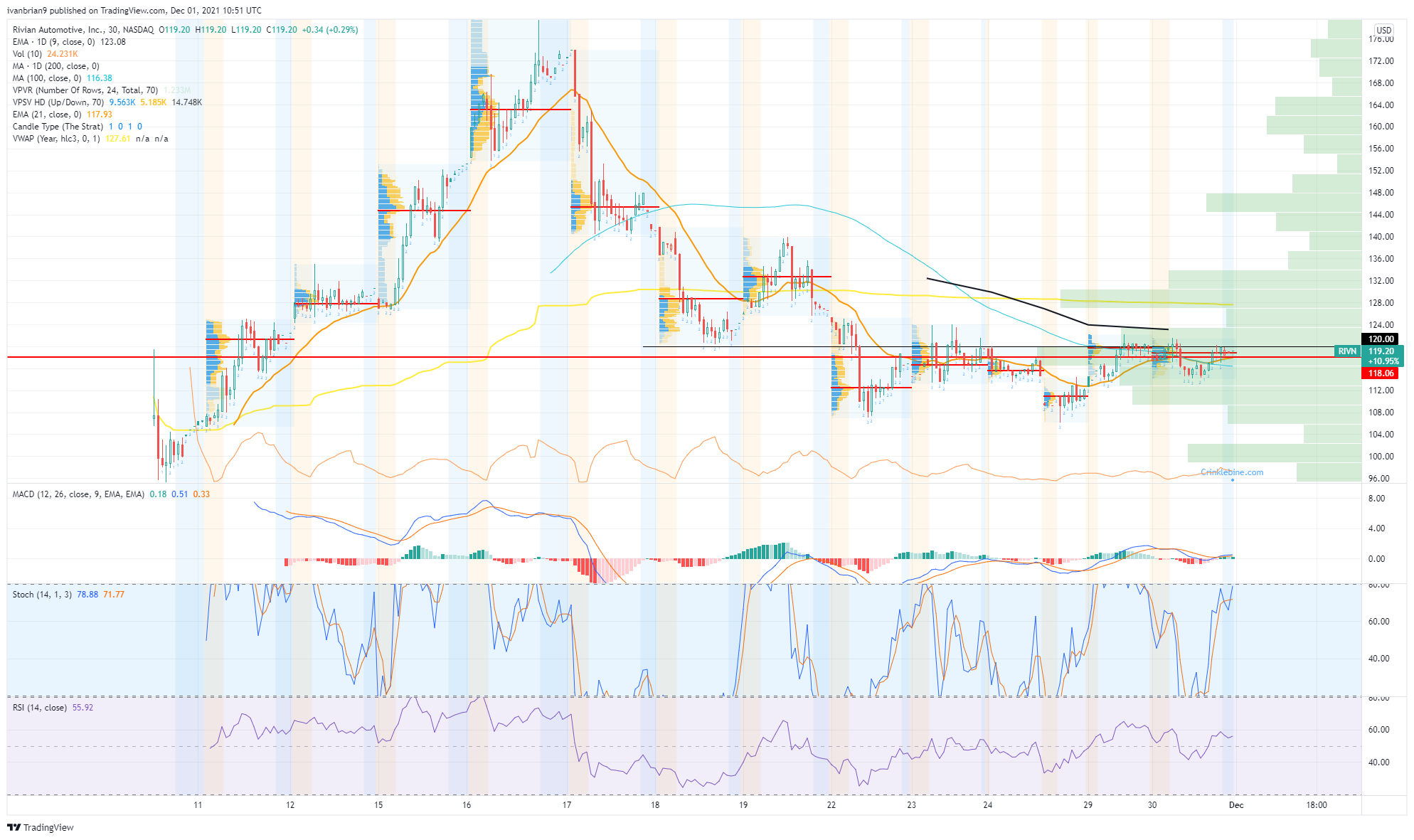