The governor of the Reserve Bank of New Zealand Adrian Orr said the nation is relatively well-positioned, but argued that inflation remains excessive in absolute terms and that global economic challenges are large and imminent.

"New Zealand’s financial system remains well placed to support the economy — with banks' capital and liquidity positions strong, and profitability and asset quality high," he said in a speech to the Institute of Finance Professionals of New Zealand in Auckland. The speech was also posted on the central bank's website.

Orr added that the central bank had its eyes firmly focused on meeting its inflation target of 1% to 3%. 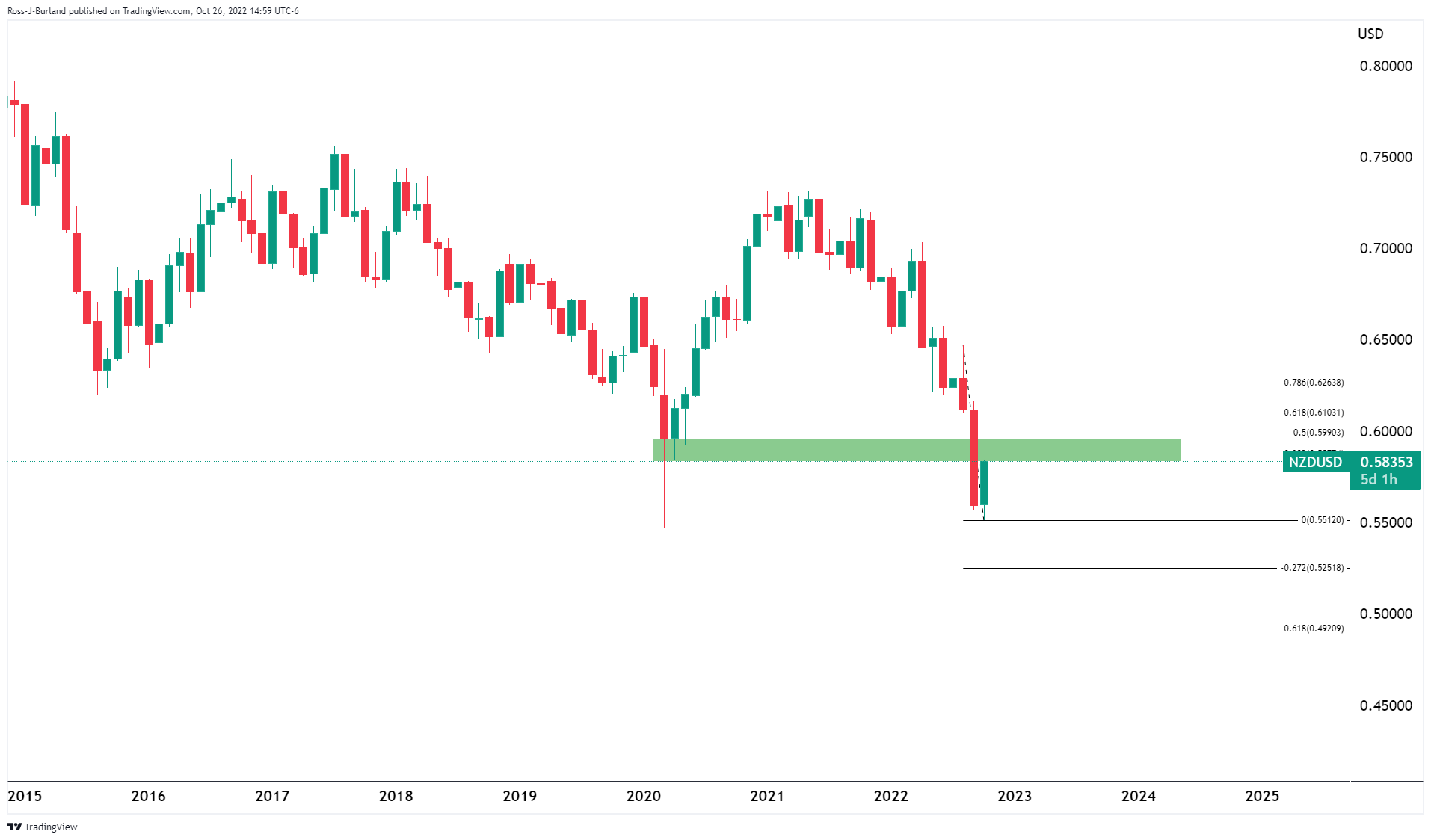 It has been a solid month of gains so far for the bird as the central bank ramps up the interest rate hike jargon followed up by hefty rate hikes. The price is headed towards a 38.2% Fibonacci of the prior two months that have been in the red with 0.6000 on the radar in surpassing a 50% mean reversion. However, the US dollar bulls have not thrown in the towel quite yet: 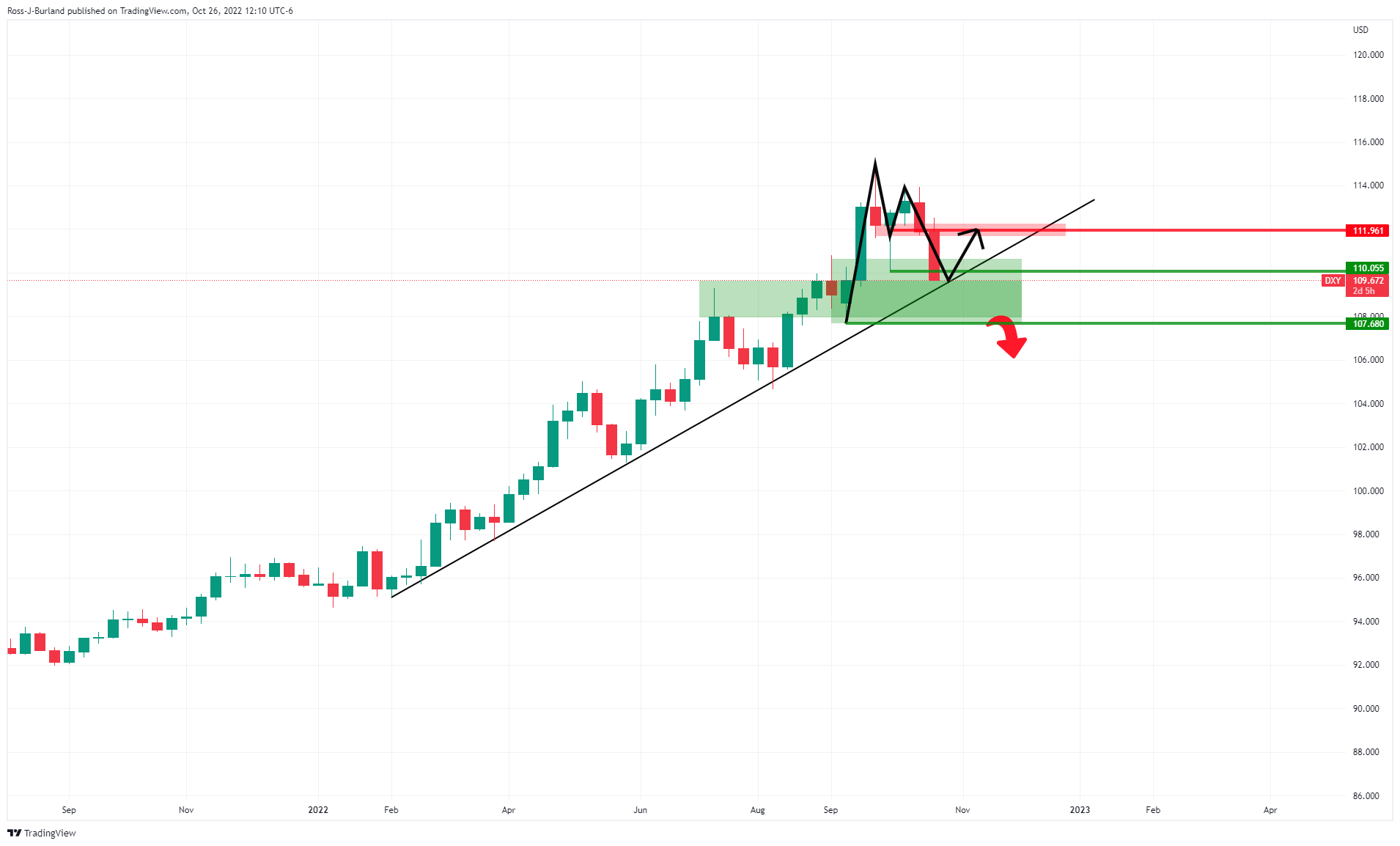