NASDAQ: PSNY extended its slide from Friday’s session as the EV startup stock underperformed the broader markets on Monday. Shares of PSNY slipped lower by 6.97% and closed the trading session at a price of $7.07. Stocks kicked the week off on a positive note as all three major indices climbed higher ahead of the key Fed decision on the September rate hike. After inflation for August came in higher than expected last week, many investors are anticipating another aggressive hike from Chairman Powell on Wednesday. Overall, the Dow Jones added 197 basis points, the S&P 500 gained 0.69% and the NASDAQ rose higher by 0.76% during the session. 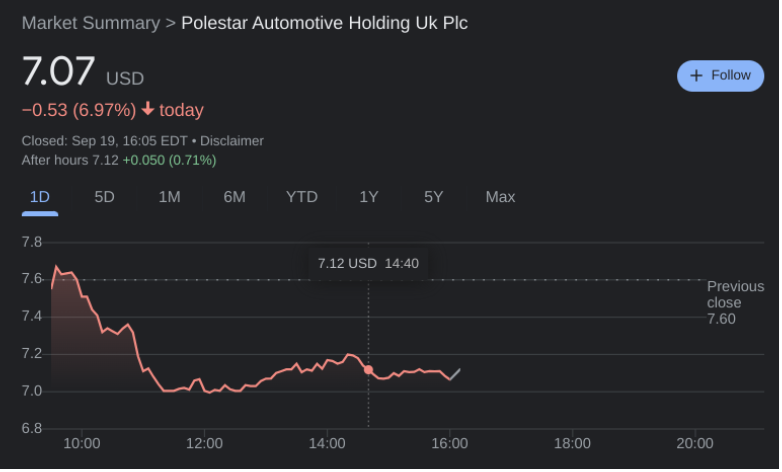 Over the weekend, Polestar debuted its Polestar 6 concept model in Shanghai and confirmed it is on track for production by 2026. Some might remember this as the Polestar O2 model that debuted back in March which came with its own drone that followed it on the road. The name has since been changed to the Polestar 6, and looks to be a challenger in the luxury electric roadster market