GBP/USD hovering around 1.3740, unable to profit from DXY slide

The GBP/USD pair is flat on Thursday, hovering around 1.3740. The pair peaked at 1.3782 during the European session and then bottomed at 1.3717, the lowest level since March 31. The pound was able to defend the 1.3725 area while at the same time unable to benefit from a weaker US dollar.

A break of GBP/USD under 1.3700 would deteriorate the pound's short-term technical outlook, exposing the March low at 1.3670. The bias at the moment favors the downside, but the pair is showing enough strength to hold for now. A recovery back above 1.3815 would be a positive for the bulls, suggesting a test of 1.3850.

On Wednesday, the resistance of the 55 and 100-hour simple moving averages was enough for the rate to decline and break the channel up pattern. Moreover, the weekly S1 simple pivot point was ignored during the decline.

In the meantime, it was spotted that the 1.3720/1.3725 zone was providing the currency exchange rate with support. The GBP/USD could trade above this zone until it is approached by the resistance of the 55, 100 and 200-hour simple moving averages. 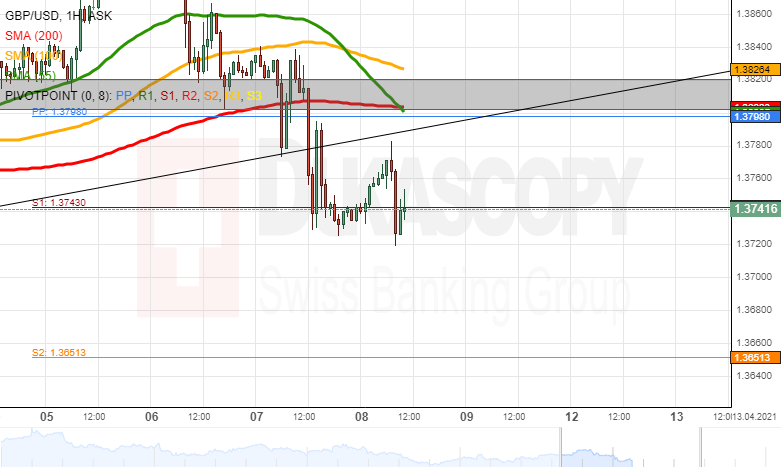