The market is a potential fade on rallies and from a top-down analysis, a potential sell limit setup is illustrated in the following flow of charts. Starting with the monthly chart, we can see that the price has been rejected at a strong area of supply and the market is in a phase of distribution. The monthly wick has reached a soft level of demand and is most probably going to be filled in by the subsequent supply on the lower time frames.

The weekly chart shows the correction that is just getting underway for which a 38.2% Fibonacci retracement could well be an area from where the next downside impulse and a continuation of the monthly supply kick back into gear. The end result would equate to a 1,2 and 3-wave sequence, the third being the extension of the monthly supply.

The GBP/USD pair is holding on the gains as Tuesday comes to an end, trading in the 1.2900 price zone. The pair reached an intraday high of 1.2926, underpinned by upbeat UK employment-related data. According to the official report, the ILO unemployment rate rose to 4.1% in the three months to July as expected, although average hourly earnings in the same period beat expectations, up by 0.2% excluding bonus. Also, the number of people out of work in August was 73.7K, below the 100K expected. 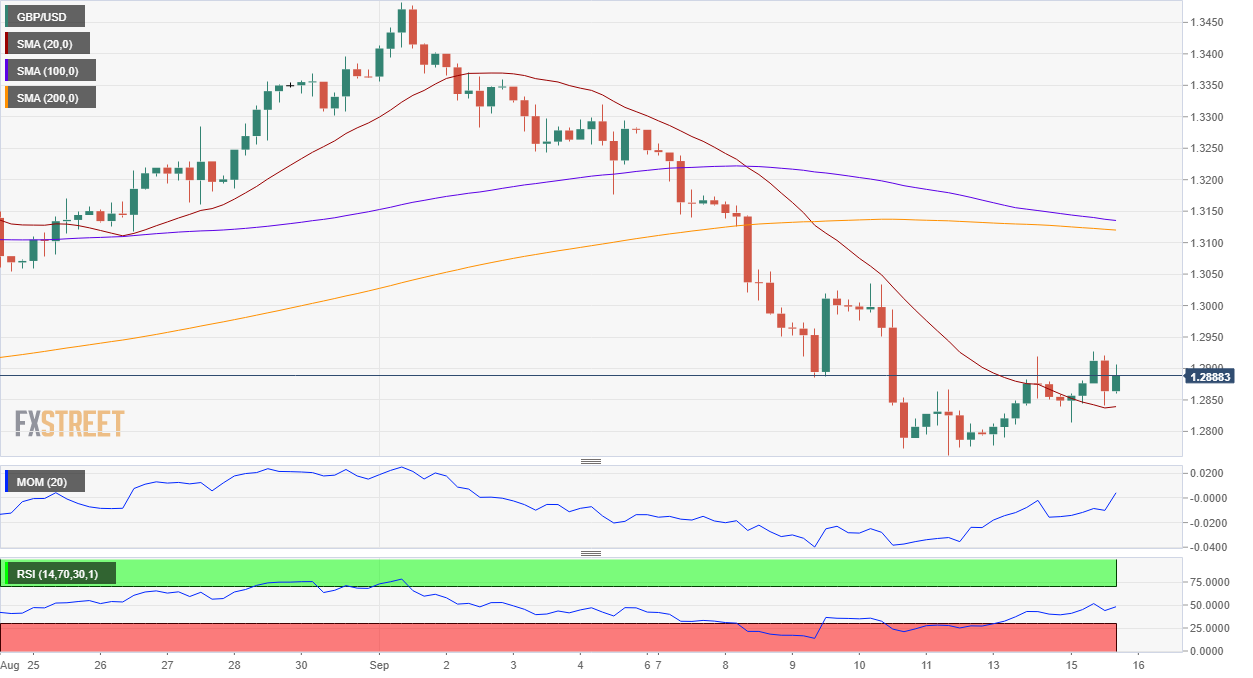